Fertilisers are of global strategic importance, whose demand is driven by the rising worldwide demand for food due to the growing population. No doubt, fertilisers play a key role in modern agricultural food production to improve productivity. Parkway Minerals NL (ASX: PWN), an Australian-headquartered fertiliser feedstock explorer, is catering to this surging need for fertilisers, while tapping opportunities in this fascinating space.

Parkway has a broad portfolio of high-quality resource projects targeted at the sustainable production of lithium salts and fertiliser minerals, that can be found in some naturally occurring brines.

KLPP and NMLP have been recently acquired by Parkway as a part of the acquisition of unlisted firm, Consolidated Potash Corporation Ltd (CPC). The company has also secured the rights over CPC’s aMES™ technology via acquisition, expanding its technology portfolio that initially included K-Max® technology. 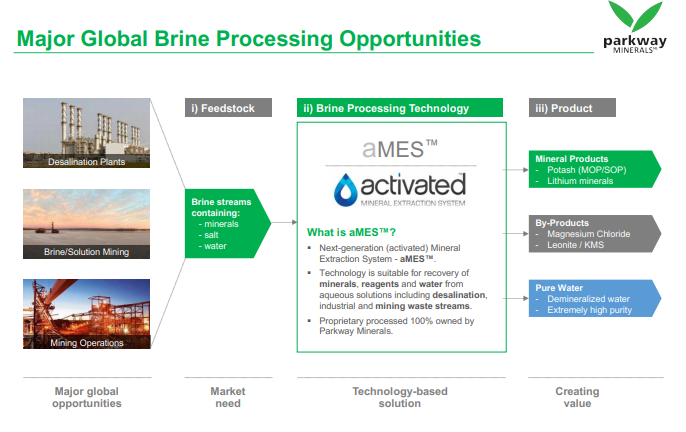 The aMES™ technology has drawn the interest of many potential EPC contractors and major OEM partners, along with prospective end users that acknowledge the potential of this newly acquired technology. The company intends to typically develop an aMES™ technology integration pathway for each type of application, whose key deliverables will include a preliminary aMES™ process flow diagram, basic engineering design, equipment specifications and a technoeconomic Study.

A Look at Management Team

Parkway’s overarching vision is backed by a strong and highly efficient management team that includes the following members: 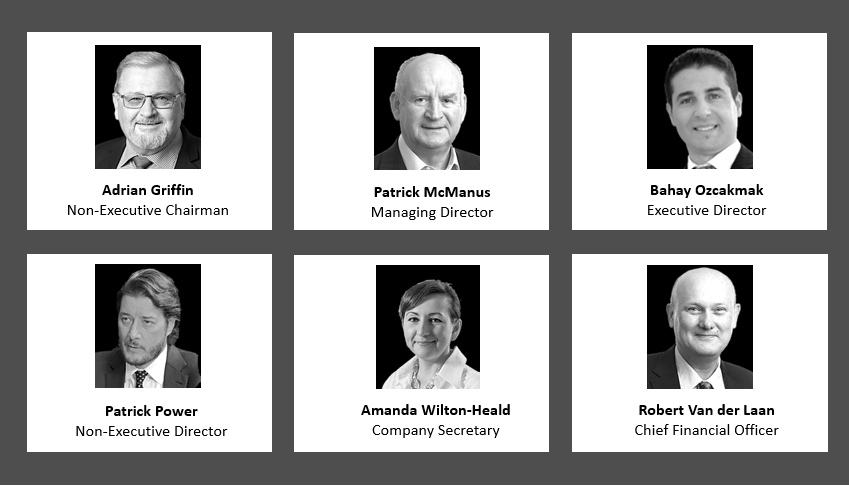 Mr Griffin is a trained mining professional of Australia, who has spent more than 30 years of his career on exposure to metal mining and processing across the world. Considered as a forerunner of the lateritic nickel processing sector, he has facilitated the development of extraction technologies for different minerals over the years.

Previously, Adrian has served at the boards of multiple companies in the following positions:

Carrying an MBA degree from Curtin University and a mineral processing degree from Leeds University, Mr McManus has over 30 years of experience as a mining professional. He has worked in technical, corporate and operational roles for many companies, including Bemax Resources Limited, RGC Limited and RioTinto.

He has previously served Corvette Resources Limited as a founding director from January 2007 to March 2010 and managing director afterwards. Currently, he is also a non-executive chairman of Davenport.

Mr Bahay Ozcakmak has recently joined the Parkway’s board as Executive Director of the company. He is the founder of Activated Water Technologies (AWT) and the CEO of Consolidated Potash Corp. In addition to 20 years of successful experience in technology commercialisation, Mr Ozcakmak has extensive expertise in corporate development (including M&A), especially in mining and energy sectors where he has led major corporate transactions with listed companies and has directed the successful acquisition of several flagship projects.

He has a wide corporate experience varying from corporate strategy and business development through to director and CEO level roles in the mining and energy sectors. His latest experience with resources firms has been centred on lithium, copper, gold, nickel, potash, cobalt, lithium and uranium projects.

Currently, Mr Ozcakmak is a director at many private and public companies and executive chairman of Fidelity Minerals Corp.

Mr Power has also recently joined Parkway’s board as a part of the CPC acquisition transaction. As the founder of Western Potash, he was involved in obtaining significant investment for the company and developing the Milestone project (under construction) in Canada’s Saskatchewan.

He has brought with him over 25 years of experience in management, venture capital and mining finance. Currently, he is President and CEO of Arctic Star Exploration, and a director of Western Potash. Previously, he has served as a director of multiple mineral exploration companies including First Narrows Resources Corp, Amarillo Gold Corp. and Goldtex Resources Ltd.

Ms Amanda is a Chartered Accountant with more than 19 years of auditing, company secretarial and accounting experience within the UK and Australia.

Mr Van der Laan is a qualified accountant with over 25 years of expertise in the management of risk management and financial systems of private and public companies, in the engineering and resources sectors.

It is worth noting that Parkway’s board members have significant experience in resource sector, and in the management of publicly listed mining and exploration companies. The company’s sound management team has been a major contributory factor in its swift progress.