Oil Price and Forecasts; Prominence Energy All Set to Thrive in This Environment

Oil markets are going through a period of extraordinary change, as the United States is boosting the expansion of oil supplies on a global level. Its crude oil tends to be light and of sweet grades.

Moreover, a shift in demand is being witnessed from developed countries and transportation fuels to the Asian region and petrochemicals. Over the coming years, demand is expected to continue to grow at a robust pace, on the back of a number of factors including growing airline fleet and increasing income levels in developing economies. Moreover, thanks to IMO-2020 regulations the US crude oil demand is anticipated to see an uptick.

The pressure from both the demand and supply side factors influences the price of crude oil. Oil prices have been volatile, owing to several other factors such as ramping up of production by the United States, the unwillingness of OPEC to lower the output, and volatility in the Dollar value.

As we are nearing the end of the year, global agencies and authorities are coming up with oil price forecasts. Recently on 10 December 2019, the Energy Information Administration (EIA) released short-term energy outlook, according to which Brent spot prices are forecast to average USD 61 per barrel in 2020, down from the average of USD 64 per barrel in 2019, while West Texas Intermediate (WTI) prices are expected to average USD 5.50 per barrel less than Brent spot prices in 2020.

Moreover, when compared with 2019, prices of crude oil are expected to be lower on average in 2020, on account of a forecast increase in global oil inventories, mainly in H1 2020, as per EIA. However, price pressures would start easing and increasing in the second half of 2020.

The record-breaking IPO of Aramco was keenly anticipated by the crude oil stakeholders. The Saudi oil major, is now the most valued company in the world, trading at valuations surpassing USD 2 trillion. The shares have rallied over 15% since the listing, bringing the focus back on crude oil-related players. 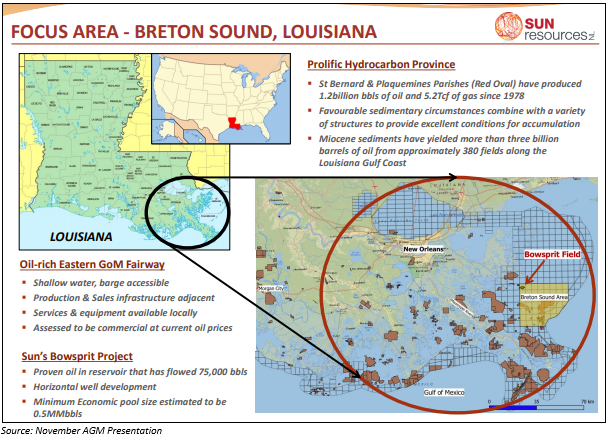 According to the company, the new oil project looks very promising. Bowsprit is a field re-development project, as part of which the company would initially target, vertical well appraisal of prospective sands and development of proven oil sand, with a 1,200-1,500 feet horizontal completion, between three former oil production wells.

Prominence Energy has secured all the required permits to kick start the first well, Bowsprit-1. The well is estimated to involve a cost of USD 3.6 million, with first oil production through tie back expected approximately six weeks after drilling and the whole exercise is expected to be at very low cost.

The company is currently engaged in discussions regarding a farm-out deal concerning the project, to secure funding support for the drilling program. The prime focus of Prominence Energy is to progress the Bowsprit oil project to production in 2020.

Prominence Energy aims to create value for its shareholders by getting the Bowsprit oil project on to production as soon as possible as well as carefully identifying and securing additional follow up project leases.