Nufarm At Risk Of Litigation; Glyphosate Continues To Pose Threat

Glyphosate has been doing rounds amidst the Australian press. Nufarm Limited (ASX: NUF), a crop protection and seed technologies company, announced on 3rd June that it is adhering great caution and care as it foresees the risk of glyphosate litigation.

Looking back at significant jury verdicts in US courts against Monsanto since August 2018 would help understanding the situation better:

Monsanto developed the first ever glyphosate herbicides and in the 1970’s introduced them to the market. Since August 2018, there has been three major jury verdicts in the US courts against Monsanto, and recently in May 2019 a jury in Oakland, California USA awarded the plaintiff two billion dollars in damages in Monsanto Roundup Cancer Lawsuit trial. Glyphosate an active ingredient in Roundup has been linked to Cancer.

After Monsanto’s U.S patents expired, it opened opportunity for other players and since then other companies manufactured glyphosate. However, NUF in its market press release stated that it is not a manufacturer of glyphosate, but it does buy glyphosate material from the companies which manufacture it. The reason for the company to purchase it is to formulate the same into glyphosate-based products, fit for sale.

NUF is contented that glyphosate is safe if dealt in accordance with label directions.

Over the past 40 years glyphosate-based herbicides are the most extensively used crop guard products across the globe and have had vital role in environmentally sustainable farming practices. 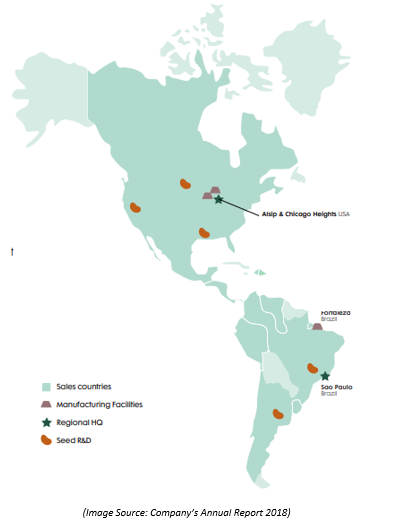 Quite a few independent, science-based regulatory bodies have been evaluating the glyphosate-based herbicides and citing it to be safe when used with the directives provided.

Besides the prevention that the company is adhering to, there are various elements of the prior decisions related to US glyphosate that might be apt to understand and evaluate the company’s risk in this regard:

The company stated that these mitigants might not have ample effect and noted further that the issue of glyphosate litigation risk is not limited just to the US.

Besides this, there is another risk linked in relation to this along with the litigation concerning glyphosate- which is the maintenance of glyphosate-based product registrations across the globe. Even though the company’s sales of these products have not been negatively impacted, the risk of the glyphosate sales in the future across the world can have an adverse effect, considering the intense legal and public pressure that the product is exposed to.

The company stated in its release, that it would have a vigilant eye on the situation and keep the market posted of any material developments. It understands that regulators in prime markets have re-confirmed the security and registration of glyphosate-based products in the recent past.

Below is a snapshot of the company’s finances, as released in its HY 19 presentation: 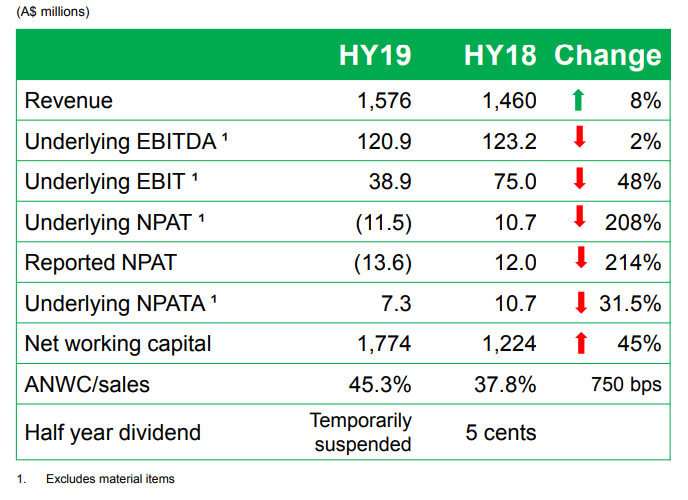