Despite the release of this news, the stock of MyState Limited traded flat with a daily volume of 73,777 while the stock of Fiducian Group Limited witnessed an uplift of 2.708%, during today’s intraday trade (AEST 03:38 PM).

By acquiring MyState’s retail financial planning business, Fiducian Group will be able to consolidate its presence in Tasmania and will have access to quality financial planning services. Further, Fiducian Group will enjoy the benefits of Trustee and Home Lending services from MyState. It is expected that this divestment will allow MyState Group to simplify its business and invest for growth in the areas where it can have a competitive advantage.

Under the transaction, Fiducian and MyState will also enter into an ongoing referral arrangement, which will involve ongoing referrals for Financial Planning from MyState to Fiducian Group and Home Mortgage Lending and Trustee services from Fiducian group to MyState.

In the first half of FY19, the company reported a net profit after tax of $14.4 million compared with $15.8 million in the previous corresponding period (pcp). Further, the company’s earnings per share decreased by 9.6% to 15.87 cents per share in H1 FY19 and return on equity decreased by 112 bps to 9.0%. The half year result for the Group was largely impacted by a decreasing net interest margin, which declined 21 bps as compared to pcp, reflecting increased competition for wholesale and retail deposits, as well as a higher Bank Bill Swap Rate, which disproportionately elevated funding costs. 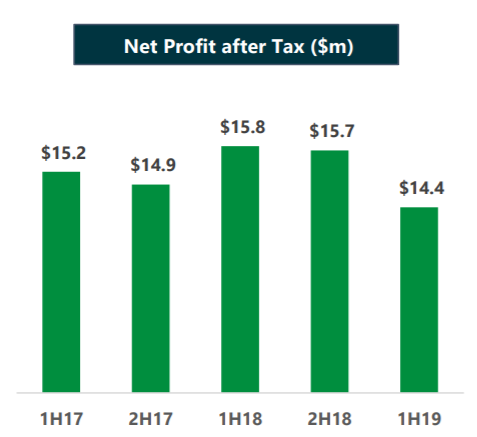 During the half year period, the company’s banking loan portfolio increased by 9.8% on the pcp. Moreover, the banking business continued to increase its customer base across the eastern seaboard of Australia, with the proportion of loans outside of Tasmania increasing from 54.5 percent to 56.3 percent since 30 June 2018.

Now let us take a quick look at a few other financial services providers which trades on the ASX platform.

Australia's leading provider of integrated financial services, Commonwealth Bank of Australia (ASX: CBA) witnessed an improvement in its share price in today’s trading session. At the time of writing i.e., 17 June 2019 (AEST 03:38 PM), CBA’s stock was up by 0.878% on ASX as compared to last day’s close price, trading at a price of $80.470 with a market capitalization of circa $141.21 billion.

In 2019 March quarter, CBA witnessed sustained volume growth in its core franchise and reported Common Equity Tier 1 (capital) ratio of 10.3%. During the quarter, the credit quality of the Group’s lending portfolios remained sound, however, troublesome and impaired assets increased to $7.2 billion. CBA ended the March quarter with Net Stable Funding Ratio of 13% and Liquidity Coverage Ratio (LCR) of 134%. 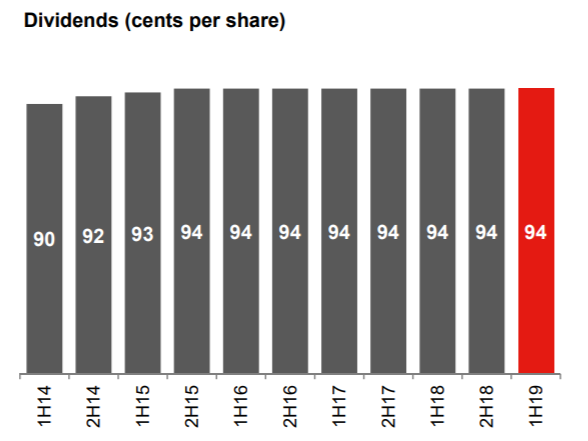 In the first half of FY19, the bank reported Statutory net profit of $3,173 million and cash earnings of $3,296 million, both down by 24% and 22%, respectively, as compared to pcp. For the half year period, the bank reported Cash earnings of $3,296 million and cash earnings per share of 96 cents. During the period, the bank dealt decisively with outstanding issues, including remediation and resetting its wealth strategy, to make sure that it is efficiently and sustainably serving its customers’ financial needs. Westpac reported Common equity Tier 1 (CET1) capital ratio of 10.64% and Return on equity (ROE) of 10.4% for the half year period.

Westpac recently forecasted that RBA (Reserve Bank of Australia) will go for a total of three cash rate cuts in 2019, predicting the cash rate to go down to 0.75%.