Recently, we have written an article on Wingara AG Limited (ASX: WNR), and the readers can click here to view the content.

Credit Corp Group Limited (ASX: CCP) recently released its FY20 results, wherein, it reported net profit after tax amounting to $79.6 million, reflecting growth of 13% over pcp. CCP generated free cash flow of $110 million during 2H FY20, which was supplemented with a $152 million equity raising. The company has cemented its balance sheet to facilitate continued purchasing and lending over an extended period of uncertainty. The company possesses a strong balance sheet comprising of cash and undrawn lines of $400 million. CCP has decided not to pay a final dividend for FY20. However, it is expecting to resume dividend payments in 2021. For FY21, the company anticipates NPAT in the range of $60 million - $75 million and earnings per share of between 89 cents - 112 cents.

Nufarm Limited (ASX: NUF) recently advised the market that it has decided to change its financial year- end from 31 July to 30 September to better align the half-year reporting period with its key sales periods and enable improved comparison with industry peers. In another update, the company notified the market about its decision to stop manufacturing of insecticides and fungicides at its Raymond Road site in Laverton, Australia and curtail herbicide manufacturing at its operations in Linz, Austria. During Q3 FY20, revenues, gross profit and underlying EBITDA of the company were up as compared to prior year. This was due to strong demand in Australia and North America as weather conditions returned to more normal patterns in these regions. 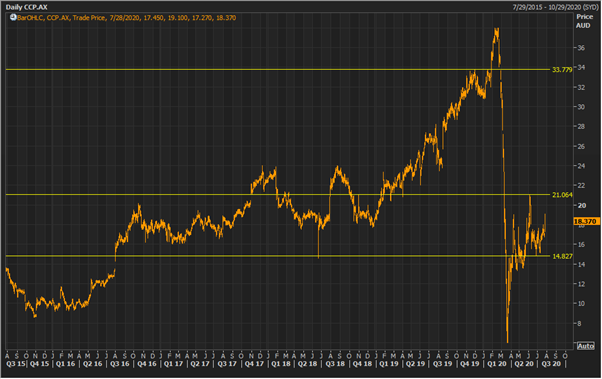