Recently, we have written an article on BPH Energy Limited (ASX: BPH), which could be beneficial for the market participants. Readers can view the content by clicking here.

Cochlear Limited Rose 5.87% Due to the Approval of Four New Products

Cochlear Limited (ASX: COH) recently announced that it has received approval from US Food and Drug Administration for four new products including Nucleus® Kanso® 2 Sound Processor, Nucleus® 7 Sound Processor for Nucleus 22 implant recipients, Custom Sound® Pro fitting software and the Nucleus® SmartNav system. The company added that the four new systems would be commercially released in the United States and Western Europe in the next few months, subject to local approvals. In another update, the company stated that it experienced a decline of around 60% in sales revenue during the month of April 2020. Cochlear implant unit sales went down by around 80% in the developed markets. The company is focused on providing support to recipients while continuing their outreach programs with candidates via its direct-to-consumer efforts.

WiseTech Global Limited (ASX: WTC) has notified that 21,025 fully paid ordinary shares issued in relation to the prior acquisition are due to be released from escrow with effect from 4.15 pm on July 11, 2020. The company also announced that Richard White has made a change to the holdings in the company by disposing 2,245,925 ordinary shares at the consideration of $18.40 per share. In another update, the company stated that it renegotiated earnout arrangements for several strategic acquisitions in order to allow for better alignment of resources as well as to strengthen its balance sheet. The company added that the negotiations have resulted in the decline of contingent liabilities from $215.5 million to $68.5 million and removal of future contingent cash liabilities amounting to $151.5 million. WTC anticipates digital transformation to ramp-up demand for global technology and integrated platform. 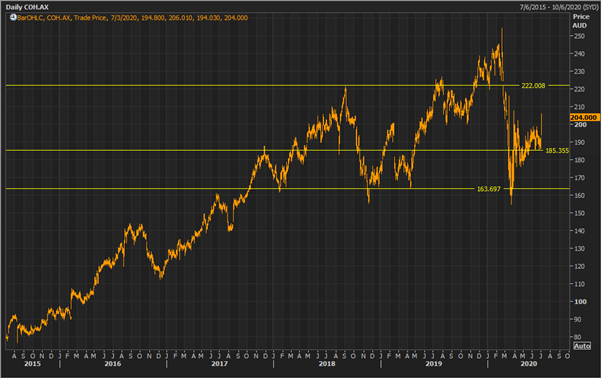