Located in Australia’s emerging iron ore mining region of Braemar, Magnetite Mines Limited (ASX: MGT) is a development-stage company advancing the Razorback High Grade Iron Ore Concentrate Project. The Project is located around 40 km from an open-user rail, 100 km from the power grid and 160 km to the Spencer Gulf.

The Company’s management has been working in close sync with their new team member Mr Eames, as the Company sets out to investigate a low capital, smaller scale, simple start-up operation.

Mr Eames was appointed as MGT’s strategic technical advisor to assist in the development of the overall marketing strategy for its 100% owned Razorback Iron Project in May 2019.

Mr Eames is an international resources executive with three decades of senior leadership in major mining companies. MGT looks forward to capitalising over his vast market experience with practical knowledge of projects, operations, logistics and sales in the mining industry.

Mr Eames has played significant roles in various organisations over the years. While working with BHP as the Head of Planning Studies and Access, he led planning, major studies and access for a business with revenue of $30 billion from $42 billion of assets.

Mr Eames is currently leading the team at MGT for the development and execution of the overall marketing strategy for the Razorback Iron Project and is a valuable asset to the company.

Razorback, 100% owned by Magnetite Mines, is a truly world-class resource in a very advantageous part of the world. The Project deposits are located in South Australia, close to the existing workforce and infrastructure with a supportive governmental environment.

The features of the Project are as follows:

The Company successfully completed a PFS study in 2013. Further, the Scoping Study has delivered, with the potential for a highly competitive operation producing high-grade concentrate from a small, low capital initial operation, allowing further expansion, positioning Razorback Iron Project to a more marketable investment proposition for both new and existing shareholders.

The Company believes the Razorback Iron Project to be a unique opportunity for the global magnetite industry as the infrastructure required to develop the Project is largely in place with spare capacity available, therefore limiting the requirement of large-scale capital investment and self-reliance for new infrastructure. This is unlike most pre-development and current Australian magnetite projects, that require large-scale capital investment.

With a scope to use an existing rail and port infrastructure, the Company has the advantage to start at a small scale, thus avoiding the need for high upfront capital and associated long lead times that are typical for many iron ore start-ups. 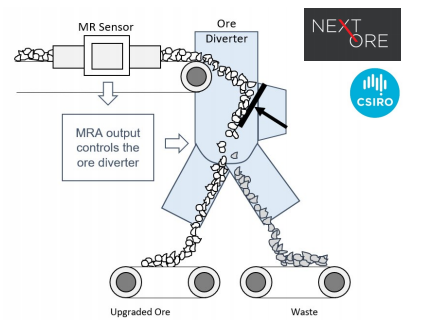 The Company is simultaneously progressing the potential step-change application of ore sorting technology to the Project in sync with NextOre. Following the conclusion of the Scoping Study on the Razorback Project, Chairman Mr Peter Schubert commented:

“We have already identified a range of opportunities to improve efficiency and reduce operating cost.”

The “Exclusivity” of the Iron Sorting Technology gives Magnetite Mines a competitive advantage over other projects in Australia with the following benefits:

The company has sketched out a technology development pathway in coordination with NextOre that is expected to benefit both Magnetite Mines and NextOre. With a view to exploiting the opportunities of the Project, MGT has recently announced to raise funds through a Share Purchase Plan (SPP).

The funds raised through the SPP are expected to be utilised towards the completion of the investigation in relation to a low-capital, low tonnage start-up available at the Razorback Project and surrounding areas, exploiting the higher grade mineralisation together with established mining-related infrastructure to finalise the scope of the pre-feasibility study, building on the results of the scoping study and general working capital.

MGT recently offered its eligible shareholders to participate in the Company’s 2019 Share Purchase Plan (SPP) by offering to subscribe up to $30,000 worth of fully paid ordinary shares in the Company (subject to any scale back).

Under the SPP, through which the Company seeks to raise up to $500,000, the eligible shareholders can subscribe to the shares without having to pay brokerage or other transaction costs, and subject to the enclosed terms and conditions.

The Company Board puts forward the opportunity to its shareholders to expand their holdings at a discount to market, and without brokerage fees, by way of this SPP invitation as it is often difficult for retail investors to take advantage of discounted capital raisings.

For the answers to your FAQs about the Company’s SPP, you can refer to the below-given table: 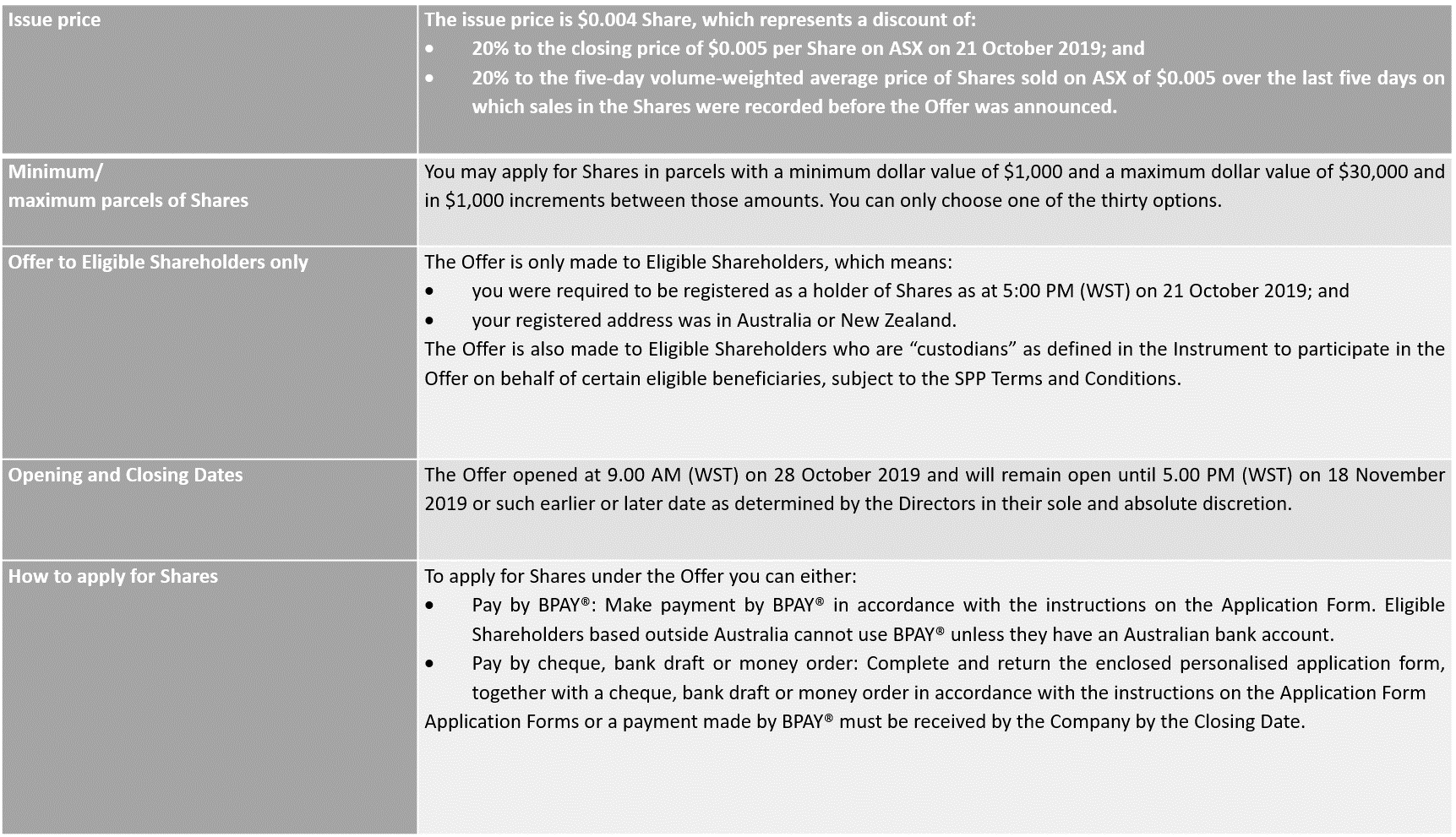 The company believes to have a clear plan and looks forward to driving on a pathway to success under the leadership of Mr Mark Eames backed by his 30 years of experience and cutting-edge technology that could prove transformational for the Project (potentially for the industry) and a step-change for processing of suitable magnetite.