Gold spot resumes it upside rally and is trading in positive territory from past three consecutive sessions in the international market. The prices of the gold spot are again above the new base level of USD 1,500 per ounce, which could support the ASX gold mining stocks.

The gold prices above the level of USD 1,500 per ounce is high enough to support the operations of the ASX-listed gold mining companies, and the high gold prices are allowing the gold miners to consider the moneyness of their exchange option.

The ASX gold miners are moving rapidly with the operations and developing assets to take advantage of the much anticipated gold rush over the coming years.

RSG- an ASX listed gold miner notified the stakeholders that the company moved forward to repair the sulphide roaster- a crucial component of the Syama sulphide processing circuit at the Syama Gold Mine, Mali.

The company anticipates sulphide roaster, which was taken offline in early October amid a crack in the main external shell, to be repaired and fully operational in approximately six weeks.

The technical team of the company, along with Outotec- leading global developer & supplier of mineral processing solutions and the original designer of the Syama roaster, completed a detailed inspection of the main roaster chamber. RSG’s team along with Outotec, also completed a structural assessment of the related infrastructure.

The completed assessment and inspection by the original designer of the Syama roaster and the company resulted in a detailed design methodology which identifies the scope and extent of the required repairs.

The company scheduled an integrated project which includes design, engineering, manning, procurement, etc., and incorporates all aspects of the required repairs such as planning and execution.

RSG anticipates that the sulphide roaster would be fully operational in early to mid-December 2019. 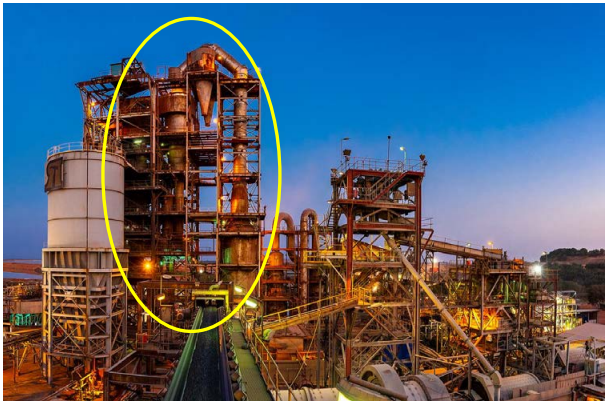 However, the planned schedule of the company would allow the replacement of the internal refractory insulation material once RSG completes the external repairs. Till the time the sulphide roaster is getting repaired, the company would undertake an operational and structural assessment of the sulphide roaster along with the assessment of the associated infrastructure and production-handling systems.

The ongoing sulphide roster repair work would affect the scheduled normal biennial roaster shutdown planned during 2020 and would reduce the planned period of the scheduled maintenance shutdown.

RSG mentions that the operational activities are ramping-up well and the production ores are now trucked to the surface via fully automated haulage fleet. The mined ore tonnage stood at 422,517 tonnes at the end of the September 2019 quarter, which underpinned the growth of over 28 per cent from the previous quarter.

RSG would accumulate the ore stockpiles on the ROM (run-of-mine) pad during the roster repair period and anticipates that about 300,000 tonnes of ore would be readily available till the sulphide roaster get fully operational in early to mid-December 2019.

The first quarter of 2020 would be one to watch by the investors as the accumulated ore stockpiles on ROM along with the available concentrate stocks could lead to the maximum throughput operations.

The total repair cost of the sulphide roaster is estimated by the company to be at USD 5 million, which the company anticipates getting offset against the operational cost savings from non-operative roaster during the repair period.

However, the roaster repair work would witness a loss in production, which RSG intents to offset by processing oxide material through the Syama sulphide CIL (or circuit carbon in leach) infrastructure. The company further anticipates the production from the Ravenswood Gold Mine and Mako Gold Mine to coverup the production loss from the sulphide roaster circuit.

Also Read: Is the Emergence of Volatile Patterns in RSG and SAR a Warning Sign for Gold Bulls OR Does Gold Still Stand Strong?

SLR- an ASX listed silver and gold miner notified that the Board of the company approved the development of the third, shallow high-grade underground mine – Santa, at the Mount Belches Mining Centre.

The production area remains below the Santa North pit floor in the Santa West Limb, which demonstrated significant grades including 280g/t and 48.6g/t, during the ongoing drilling.

The ongoing Reverse Circulation and Diamond drilling at the Santa West Limb extended the high-grade zone to the north, south and below the current mine plan. The company also intersected mineralisation outside the current mine plan, which, in turn, demonstrates the extension potential at depth and around the existing Ore Reserves.

Some of the high grades unfolded by the company during the ongoing drilling phase are as below: 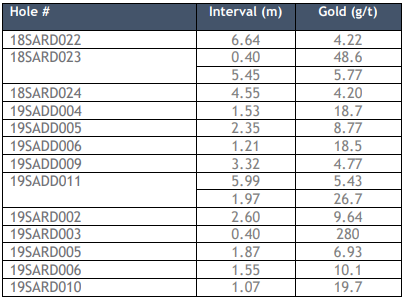 As per the company, an 8-hole drilling program is currently underway and would target the lode extensions up to 160 metres from the northern limits of the current mine plan.