Silver To Outperform Gold Ahead?

Commodity prices are witnessing buyers’ interest as the prices reached the lower levels over the global trade tension. However, the recent gesture by the premiers of the United States and China over the sidelines of the G-20 meeting sparked optimism in the market over the ease in the impact of the trade tariff war in the coming quarters.

Other than the ignited optimism, the United States Federal’s dovish stance and indication over a possible rate cut are dragging the dollar prices down in the market, which in turn, is making the commodity prices cheaper that is garnering interests of the market participants.

In the falling commodity price scenario over the past month, the only commodity, which was immune against the price decay was the iron ore. The prices of iron ore were well supported by the shortfall in the global supply chain and by the stimulus provided by the Chinese government over the infrastructure development.

The commodity prices now seem to be reverting over the fundamentals and the falling dollar, which, in turn, is attracting value and growth investors. Out of all majorly listed commodities, gold and silver’s lustre is getting brighter than ever, while investors and market experts are expecting a bull run in the precious metals.

While the gold prices are sailing high amid demand push from central banks and more significant inflow in the gold-backed ETFs, silver is positioning to shine brighter than gold in the international market.

On a daily chart, the Gold-to-silver ratio moved in an uptrend till the level of 93.45, from where the prices reverted, and now the same level is behaving as the resistance for the ratio. On the daily chart, the XAU/XAG has breached the support of upward sloping yellow trendline, which could now further offer the primary resistance.

Another interesting observation, which could be seen on the chart shown above is the possible formation of the Double Top pattern (Bearish Pattern), and if the pattern holds, the ratio could move downwards, which would favour the silver prices more as compared to gold.

On the technical indicators, the 14-days Relative Strength Index is showing a divergence from the ratio actions. While the ratio is moving in an uptrend, the 14-days Relative Strength Index, which is a leading indicator, is moving in a downtrend. This is creating a bearish divergence, which in turn, could further favour the outperformance of silver against gold in the days ahead. 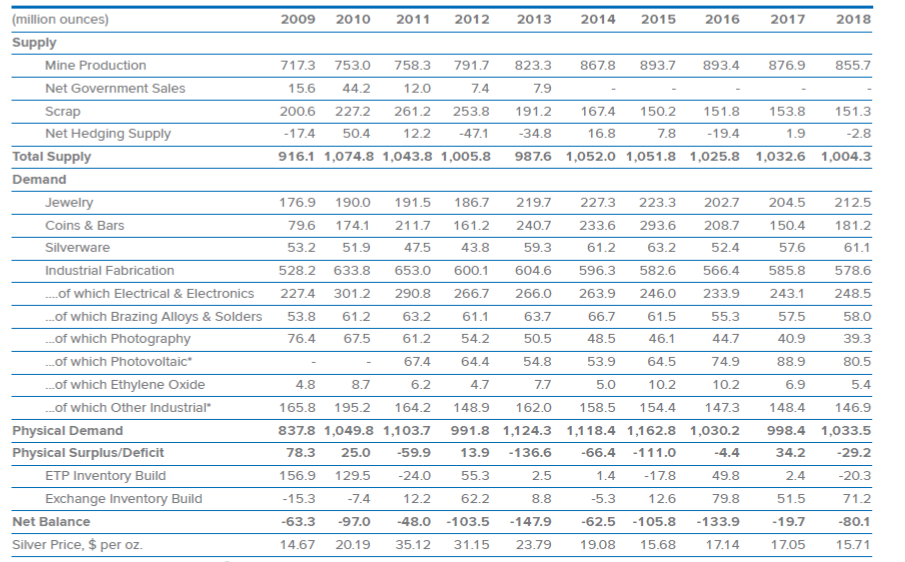 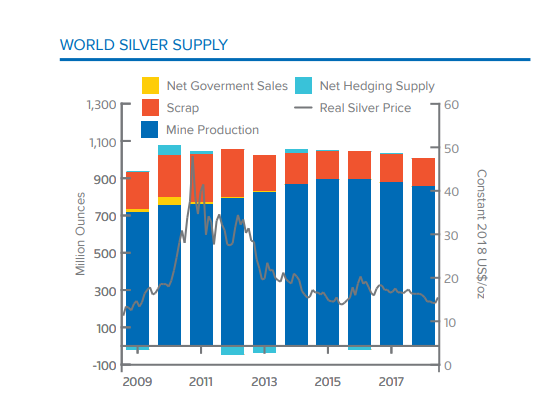 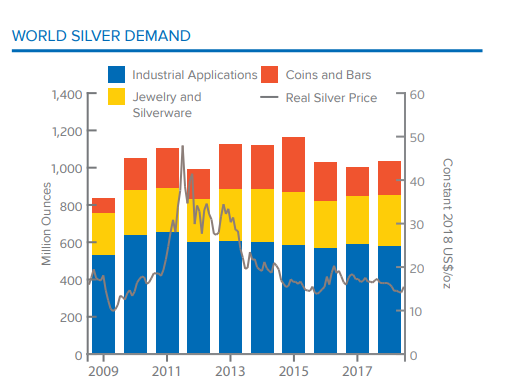 The usage of silver in industrial fabrication underpins a gradual decline, from one of its peak of 653.0 million ounces in 2011; however, the higher demand for jewellery and bars & coins along with a decrease in the industrial application could be justified on the behalf that, post the 2007-2008 economic downturn, the years from 2009-2017 witnessed a period of recovery and higher fluctuations in demand and supply dynamics for the commodity market.

In 2018, the total identifiable investment in silver inched up as compared to the previous year of 2017; however, the investment remained low than its one of the peaks in 2015. But, the difference in the intensity of investment could be reckoned upon further analysing the economic conditions in the past and present scenarios. 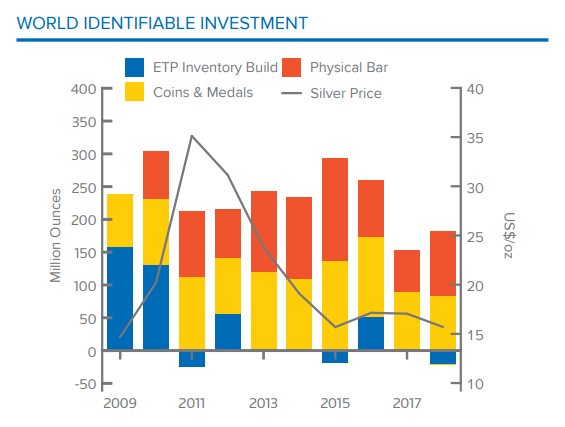 The global significant trading platforms for precious metals such as COMEX, LME, MCX have witnessed a strong growth in yearly volumes over the silver future contracts. 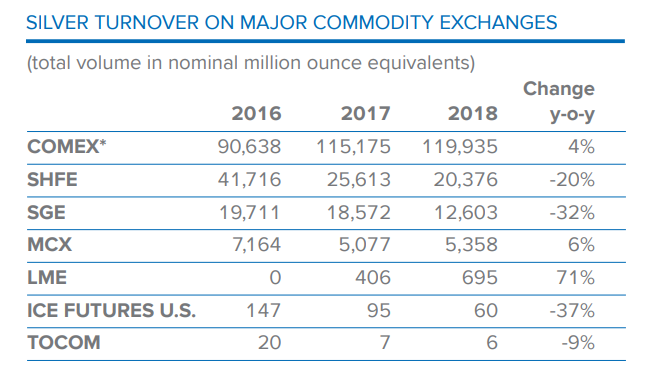 The money managers developed a net short in 2018, which marked a quarter-on-quarter growth, over the strengthening dollar prices.

However, from the onset of 2019, after FED indicated towards a possible rate cut and the economic conditions deteriorated in the United States, the dollar prices have lost a significant value, which in turn, developed net longs across the major commodity exchanges. 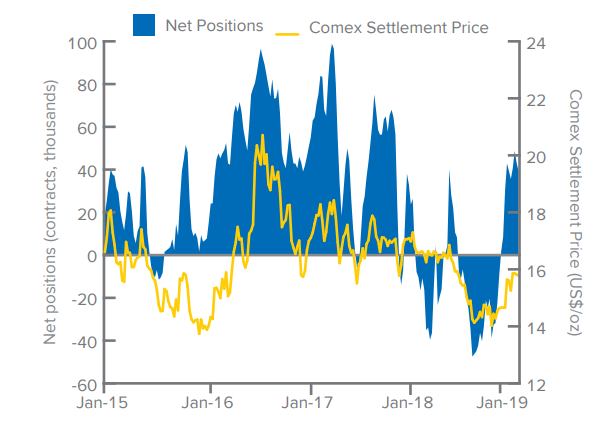 In a nutshell, the XAU/XAG is suggesting silver’s potential to outperform gold in the forecasted precious metal rush, and the demand and supply dynamics are quite balanced; however, the prices are getting its support from the decline in dollar prices and a net long from money managers in the commodity market.

The identifiable investment is silver rose in 2018 and could further inch up if the anticipated precious metal rush marks its presence in the international market.

If the silver outperforms in the coming days ahead, it could provide the silver miners on the Australian Securities Exchange an advantage over pure gold mining companies. One such silver ASX-listed silver miner is Silver Mines Limited (ASX: SVL).

The complete mineral profile of the prospect is as follows: