S&P/ASX 200, the benchmark index, is trading at 6,653.2 on 03 July 2019 (AEST 01:24 PM), marginally up by 0.46% from its previous close, with S&P/ASX 200 Consumer Staples (Sector) leading the pack with an upsurge of 1.84%. In this article, we will discuss three companies listed on ASX with their name starting with H. We will go through the recent updates and stock performance of these companies belonging to diversified sectors.

HIPO Resources Limited (ASX: HIP) is based in Perth, WA. On 02 July 2019, HIP made an announcement related to the assay results from sampling conducted by a consultant at PE 13081 in the Democratic Republic of the Congo (DRC).

The company received positive results from the sampling, which was conducted by South African consulting geologist Minex Consulting SARL on the Kamola Lithium Project, located in the southwest of Manono in Tanganyika Province, DRC.

Previously, the company had reported that the consultant completed a detailed mapping and sampling program to evaluate the feasibility of lithium-bearing pegmatite exploration in the Manono region.

As per the release, traverses were conducted at the three permits where lithium assays were obtained by Kweneng Group, while inspection visits were conducted at the areas of known tintantalite mineralisation on PE 13081. Also, grab samples collected at Kirkoff depicted positive results, and the best result was 1.42% Li2O along with lithium oxide content of up to 0.919% Li2O at Kabimbi.

Further, these assay results originated from the area along a corridor that includes the differentiated and lithium-bearing Kanunka – Bukena – Malemba-Nkulu pegmatites. Additionally, the grab samples obtained from the Kamola pegmatite returned lithium oxide content of up to 0.284% Li2O.

According to the recommendation by Minex Consulting, the clearest core targets for lithium mineralisation occur at PE 13081 and at Kamola, within Exploration Licence PR4076. HIPO Resources would be considering these recommendations along with associated costs and logistics, and it intends to provide an additional update in due course. 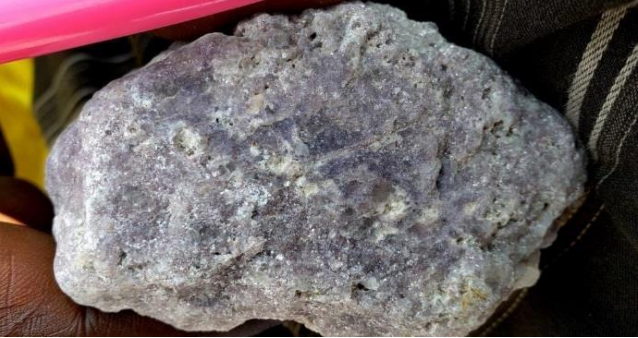 Hydrix Limited (ASX: HYD) is an Australian IT company, engaged in providing design & engineering services, in addition to managing complex projects and helping clients with regulatory consulting and quality systems.

On 02 July 2019, Hydrix Limited reported a trading update for the fourth quarter and year ended 30 June 2019. As per the release, the company is expecting to deliver a maiden cash operating profit of ~$0.4 million for the 4Q of FY19.

Also, it expects to record quarterly revenues of ~4.3 million for 4QFY19, representing an increase of 23% on the previous quarter and 115% on the same quarter a year ago. Further, the revenue expectation is ~13.25 million for the full year, with the company reporting five consecutive quarters of strong revenue growth.

It was reported that the company expects to exceed or achieve the milestones set for the second half of FY19. Some of the milestones that were achieved by the company include; HYD had intended to achieve minimum 15% revenue growth compared to 1H19; however, during 2H19, it achieved 35% revenue growth on 1H19. Further, HYD had planned to cement the global leadership position of its engineering cardiac assistance control devices. With this regard, four developments projects were secured along with multiple other opportunities under development.

Moreover, HYD had intended to secure three high-value dollar projects. The company started the initial stages of four major projects during the second half. Hydrix had also intended to identify next acquisition/equity investment, and it was reported that multiple opportunities are under current analysis.

Peter Lewis, Chief Executive Officer of Hydrix, stated that the revenue growth and the ongoing improvement in business operations over the past year resulted in the forecast for operating cash profit during the fourth quarter. He mentioned the five consecutive quarters of revenue growth as a testament to the strength of the company’s business.

The company plans to release its year end update to the market in July 2019. 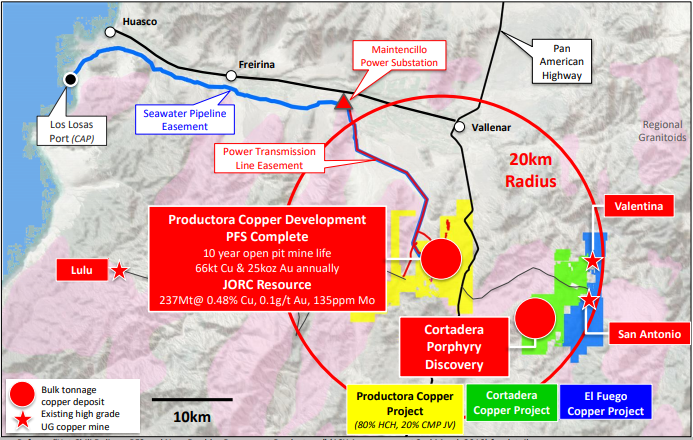 On 02 July 2019, the company announced a successful capital raising activity for $5 million through a private placement to sophisticated and professional investors.

The company will undertake the placement in two tranches, with the first tranche of 150,000,000 new shares likely to get settled and allotted on or around 5 July 2019. The second tranche will have 16,666,667 new shares, and the company will convene a general shareholder meeting to approve the issue of second tranche placement shares as soon as possible. The company expects the general meeting on or around 16 August 2019.

It was reported that the funds from the placement would be directed towards a US$2 million part-payment related to the first instalment of the Carola Option Agreement and general working capital requirements. The part-payment of US$2 million is related to the acquisition of the 100% interest in the Cortadera copper-gold porphyry discovery, which is situated 14 km from HCH’s Productora copper development in Chile.

According to HCH Managing Director Christian Easterday, the funding raised would enable the company to focus on preparations to re-start drilling of the new high-grade zone discovered at Cuerpo 3, which is the largest porphyry of the four porphyry centres found at Cortadera till date.

The company expects to unveil final assay results for the remaining 359.9m of diamond hole CRP0013D in the coming days.