This announcement follows the company’s recent announcement (dated 9 October 2019) in which it advised that the Site-based due diligence conducted on Belgravia project has confirmed its highly prospective geology. Krakatoa Resources, which has a market cap of around $7.5 million, was encouraged by the finding of the due diligence.

Investors have given a big thumbs up to KTA, ever since the company entered a binding term sheet with Locksley Holdings Pty Ltd to acquire Belgravia Project (as announced on 26 September 2019), KTA’s stock price has more than doubled in the last one month alone, with a return of over 138%.

When the due diligence was kick started at the project Mr. Colin Locke, Executive Chairman, had commented: 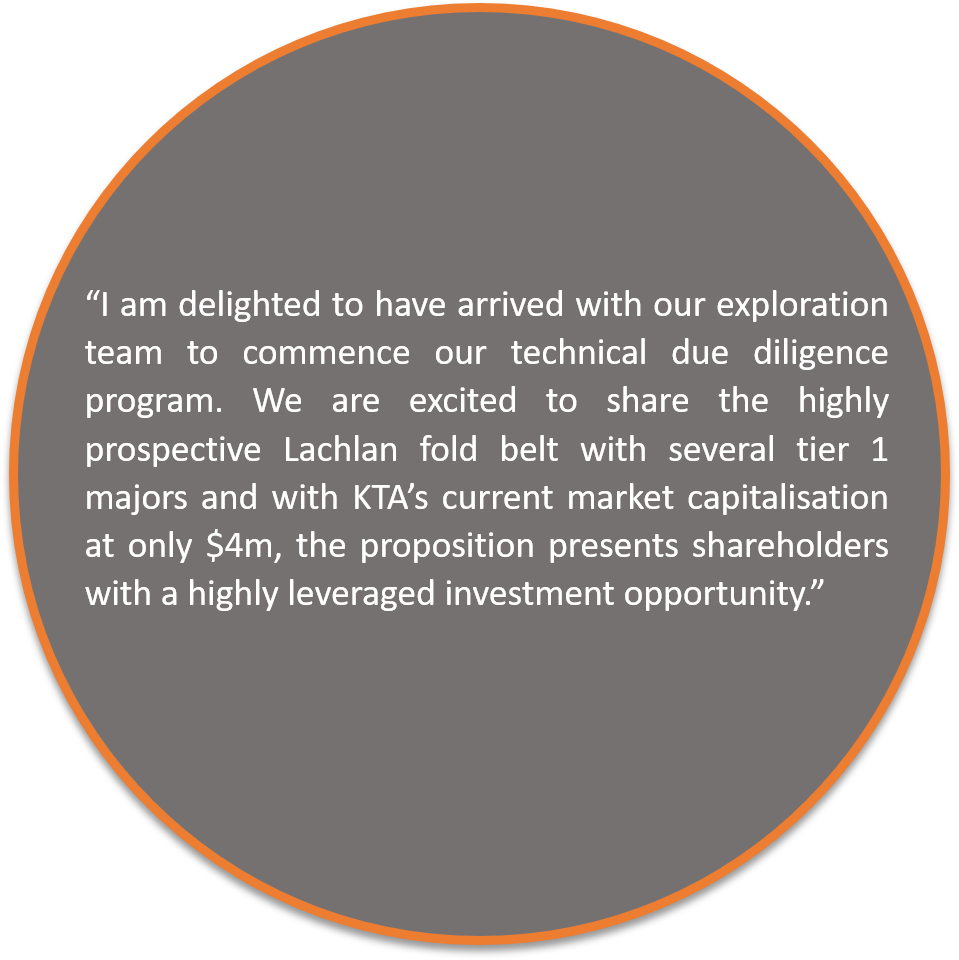 It is to be noted that in just a few days’ time, the company’s market cap has increased from $4 million to around $7.5 million.

What are the Field findings of technical due diligence?

Major findings of the technical due diligence are as follows:

To know more about the Belgravia Project’s prospectivity click here

What is KTA’s Plan Ahead?

Following the encouraging findings of the technical due diligence, the company is now planning for the next stage of ground-based exploration. With its experienced NSW technical operations team which includes Stephen Woodham, Ian Cooper and Rangott Mineral Exploration, the company is working on detailed target generation.

It is expected that the acquisition will be completed following the company’s Annual General Meeting, to be held in late November.

Located centrally within the Molong Volcanic Belt, the Belgravia Project is prospective for four deposit types:

Belgravia Project is located between Newcrest’s Cadia and Alkane’s Boda Projects only 20 Km from Orange in the central Lachlan Fold Pomphrey Belt, refer KTA’s map below: 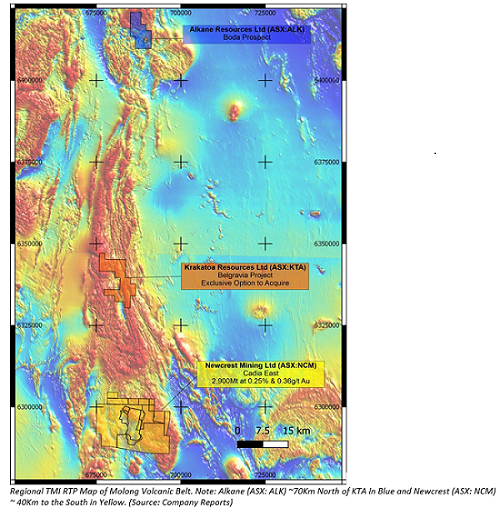 It is to be noted that the central part of the Molong Volcanic Belt (MVB), in which the project is located, forms a part of the East Lachlan region which constitutes the largest porphyry province in Australia.