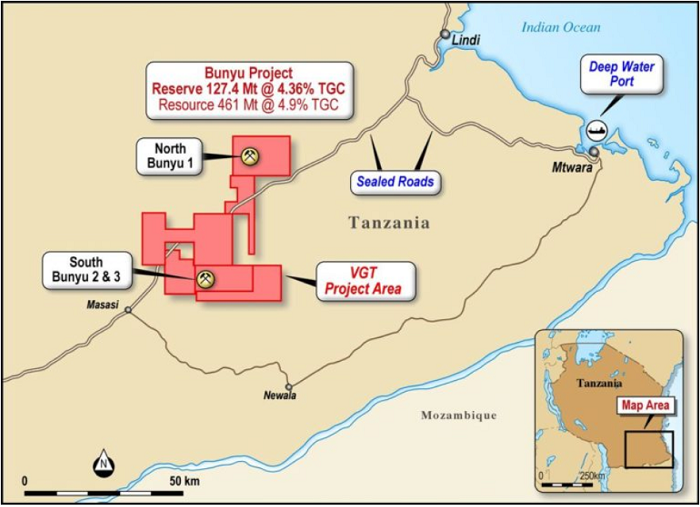 The Bunyu Project Pre-Feasibility Study (PFS) was completed in December 2016, demonstrating a compelling technical and financial case with a Mineral Resource Estimate (JORC 2012 compliant) of 461Mt @ 4.9% TGC. The PFS suggested two staged development for Bunyu and the Stage 1 Feasibility Study (FS) was subsequently completed in July 2018, depicting robust economic and financial viability of the project.

Stage 1 of Bunyu is primarily aimed at establishing the essential infrastructure and market position, asses the market appetite for the Graphite products and then proceed onto the significantly bigger Stage 2 expansion project.

Volt Resources and its funding advisor Exotix Capital have been diligently working to finalise the targeted funding of USD 40 million for Stage 1 with the ongoing initiatives being the Tanzanian Note Issue and Note Issue and Listing on the Stock Exchange of Mauritius (SEM). On 30 October 2019, the company released a progress update on the same.

The prospectus for Volt Graphite Tanzania Plcâs (VGT) proposed Note Issue and listing on the Development & Enterprise Market of the SEM had already been lodged with the regulator and some positive feedback lately received from SEM officials has indicated positive progress towards approval, amidst minor delays caused due to heightened IPO activity on the exchange.

Volt Resources had also lodged a Prospectus with the Tanzanian Capital Markets and Securities Authority (CMSA) and the Dar Es Salaam Stock Exchange (DSE). The advisors from the company recently met with senior officials of the Tanzanian Ministry of Minerals and discussions are advancing on a positive note. With other processes of engagement also progressing with senior government officials, Volt is quite optimistic about receiving the final approval at the earliest.

The company closed an oversubscribed Share Purchase Plan (SPP) in July 2019, raising a total of $ 1,299,000 and a further $ 350,000 was raised via a top-up placement of new shares to sophisticated and professional investors, including $ 100,000 from the Chairman, Asimwe Kabunga, for which shareholder approval will be sought at the upcoming AGM.

The funds raised have been utilised for repayment of outstanding loan notes due (14 September 2019) to Riverfort Global Capital and Yorkville Advisors, and for general working capital and corporate purposes.

During the quarter, VRC continued discussions with engineering services firms for the role of Project Management Contractor (PMC). The Contract terms & conditions are being finalised in parallel with development funding activities.

On 1 July 2019, Mr Giacomo (Jack) Fazio, an experienced project, construction and contract/commercial management professional, was appointed as the Non-Executive Director at Volt Resources, following the resignation of Mr Alwyn Vorster.

The cash balance stood at $115k as at 30 September 2019. Currently, the company is reviewing proposals to raise equity funds while it completes its Note Issue and listing approvals in Mauritius and Tanzania. In parallel, structure and expenditure commitments are also being considered while progress is made with respect to Stage 1 development funding. 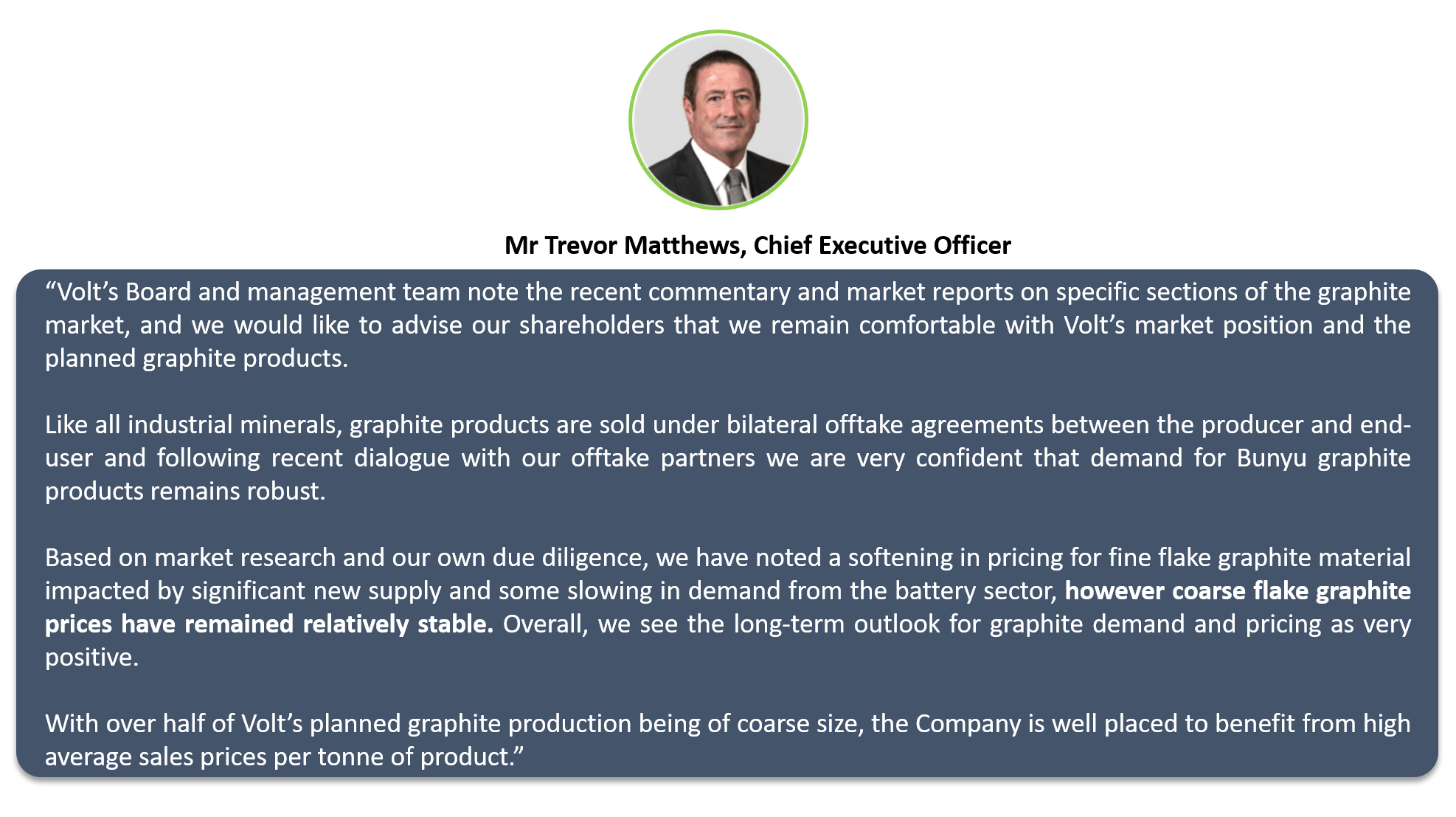 Tags:
Mining News VRC
All pictures are copyright to their respective owner(s).Kalkinemedia.com does not claim ownership of any of the pictures displayed on this website unless stated otherwise. Some of the images used on this website are taken from the web and are believed to be in public domain. We have used reasonable efforts to accredit the source (public domain/CC0 status) to where it was found and indicated it below the image.