Superloop Limited (ASX: SLC) is a company from the telecommunication services sector and is an independent provider of connectivity services designing, construction as well as operating networks throughout the Asia Pacific (APAC) metro region. 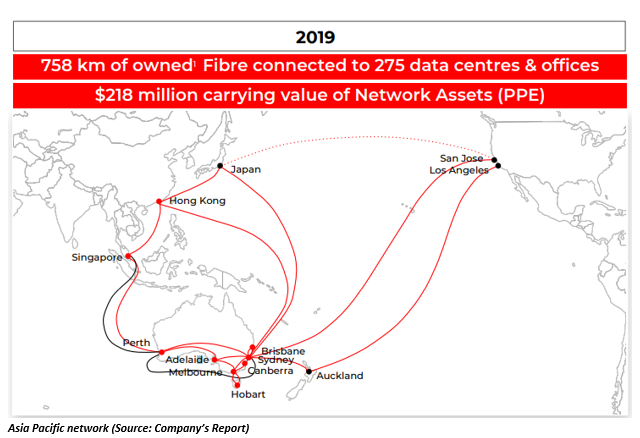 On 3rd May 2019, SLC announced that it had received an unsolicited, non-binding, conditional and indicative proposal from QIC Private Capital Pty Ltd to acquire Superloop for $1.90 per share on 2nd April 2019.

Based on this, the Board together with its advisers undertook a careful review of the Revised Indicative Proposal and decided to grant QIC a period of around three weeks to perform due diligence on an exclusive basis to establish whether an acceptable binding transaction can be agreed or not. Due diligence started on 28th April 2019.

On 16th May 2019, the company announced that the Board has been in discussion with the QIC and they could not agree on the transaction, hence the period of exclusivity was discontinued.

For realising the significant value of its APAC fibre infrastructure assets, the company is now concentrating on implementing its growth strategy across Australia, Hong Kong, as well as Singapore. 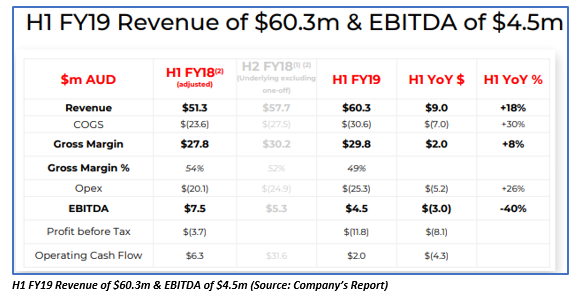 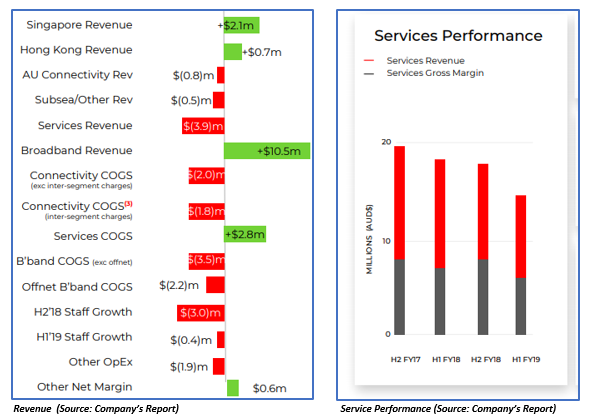 On the balance sheet front, the company reported a fall in the net asset base as a result of a significant increase in the total liabilities. The total shareholders’ equity was worth $379.640 million.

Company’s net cash outflow was $34.341 million from the investing activities. The primary drivers of cash outflow were in the form of payments for property, plant and equipment and other non-current assets along with the deferred consideration payments.

There was a net cash inflow of $25.311 million from the financing activities of the company. The primary source of cash inflow was through borrowing. By the end of the first half of FY2019, Superloop Limited had net cash and cash equivalents of $7.954 million.