Eagle Health Holdings Limited (ASX: EHH) is a consumer staples company. EHH is involved in the business of developing, manufacturing, marketing and distribution of health products. The company products also include nutritional and dietary supplements in China. EHH’s registered office is in Australia, and it officially was listed on ASX on 3rd July 2017.

Yesterday, on 13th May 2019, the company via ASX release informed the market about the opening of 100th new health and experience stores. In January 2018 announcement, the company highlighted the opening of more than 50 new stores in 14 provinces in China. EHH is excited to share that it has achieved the target of 100 store openings as on 12th May 2019 and 100 Zhang Lao San stores have been rolled out in different regions of China. The new stores are located across eight provinces and autonomous territories in China. 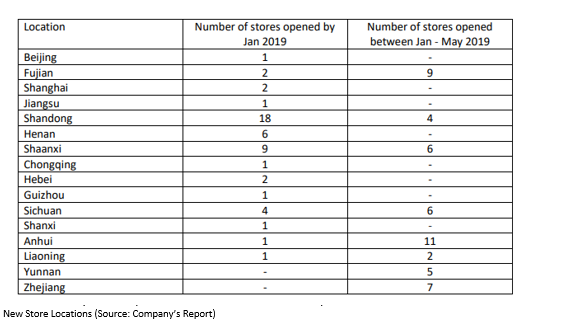 The company anticipates that the store revenue will increase, as it will use social media contacts, local promotion, client referrals and goodwill of Eagle Health. The company intends the continued rollout of new stores in targeted regions to generate brand awareness and sales performance.

In another update on 9th May 2019, Eagle Health Holdings Limited stated that to assist the company in seeking to implement the acquisition part of its growth model, it has appointed Crestbridge Capital Pty Ltd, a Sydney based corporate advisory firm, to act as a Corporate Advisor and Transaction Facilitator.

In its 2018 Annual Report, the company noted that the directors had announced a fully unfranked final dividend for the year ended on 31st March 2018 of 0.5 cents per ordinary share to be payable till 30th April 2019 to an eligible shareholder registered as at 29th March 2019. This implies a total distribution of $1,592,149 based on the number of ordinary shares on issue as at 31st Dec 2018.

EHH also signed new distribution agreements with Luyan Pharmaceuticals and Lianfutang Pharmaceuticals to ramp up its market penetration and geographic expansion, along with a launch of 50 new Traditional Chinese Medicine products in China. The company had completed upgradation of its high-speed line in Hutang 1 production facility. As for the financial performance of the company, revenue experienced a growth of 24% from FY17 and stood at $111 million in FY18, up 19% in RMB terms. The gross profit margin of the company for the period was 51%, with a closing cash balance of $32.7 million. 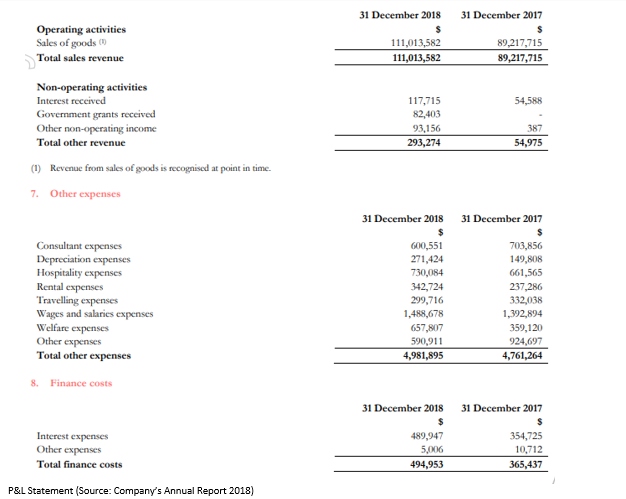