Are The Sentiments Turning Bullish For WOR And YAL?

Recently a leading brokerage company moved its rating on WorleyParsons Limited (ASX: WOR) from 'neutral' to 'buy', creating a positive sentiment for the stock. In recent months, WOR’s stock has witnessed a decline in its share price and is trading low at $13.390 (+2.058% intraday).

The leading global provider of professional project and asset services, WorleyParsons Limited is currently focused on integrating its operations and deliver cost and revenue synergies, aligned with the existing strategic priorities. As per the company’s recent update published on 5th June 2019, the company’s cost synergy target is set at $150 million.

The company’s core debt facility was successfully refinanced in February 2019 and the new Syndicated Facility now consists of a US$500 million multi-currency revolving credit facility and US$800 million term loans maturing in 2024. Moreover, the debt structure of the company is also providing further flexibility and liquidity to meet its working capital and strategic growth requirements. 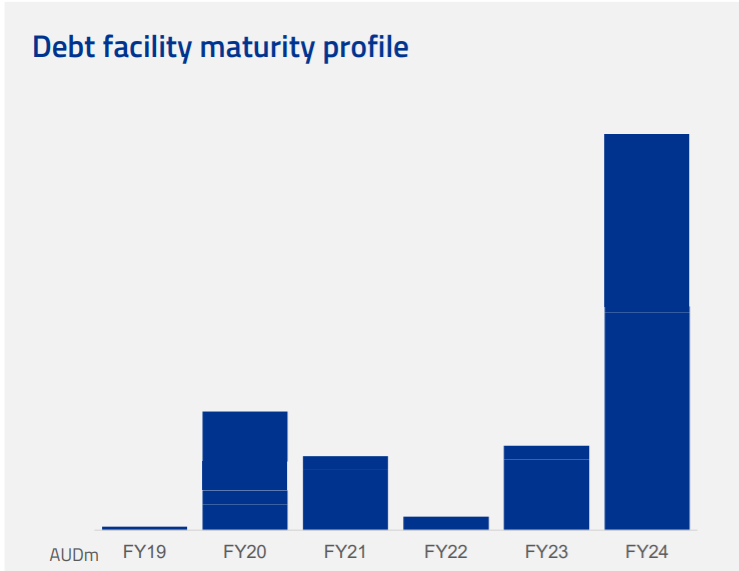 The company recently provided an outlook for various markets in which it operates. In Refining market, the company is expecting longer-term decline as transportation fuel demand near its peak. The company’s customers are re-evaluating their product mix as a result of competition with new energy forms. In Asia and the Middle East growth markets, the demand (Asia) and feedstock supply (Middle East) is forecasted to drive global growth.

In Petrochemicals market, the growth for petrochemicals historically exceeds GDP growth and forecasted to continue with demand growth across all major products expected with end-use products demand increasing. With regards to the Chemicals industry, the company informed that this industry represents a large and historically stable market strongly linked to GDP growth. Investment cycles historically display limited cyclicality.

Another stock on which the investors are keeping a close eye is Yancoal Australia Limited (ASX: YAL), which is Australia's largest pure-play coal producer. Yancoal Australia is the only dual-listed coal company on the Australian and Hong Kong Exchanges. The company’s large-scale and long-life asset base contains several organic growth initiatives, which have the potential to deliver material value for shareholders.

Last year, Yancoal Australia produced 50.0 million tonnes of saleable thermal and metallurgical coal; of this total, 32.9 million tonnes were attributable to Yancoal. The benefit of the first full year of volume and synergies generated by the expanded asset base was evident as new production records were set and operating costs remained stable despite the broader industry pressures.

The company is improving its financial position and cash flow to pursue debt structures that are more conducive to future company developments.

During 2018, the company’s operating performance delivered record operating EBITDA of $2,180 mn and NPAT of $852 mn. EBITDA contributions included the additional benefit of a full year’s underground production achieved at the Moolarben Coal Complex with the underground mine having commenced longwall mining in October 2017, on budget and ahead of schedule. The company’s thermal coal sales were up 88% on the prior year, supported by increased market demand and the tier-one production rates, achieving FY2018 total of 29.9 million tonnes as compared to 15.9 million tonnes in FY2017. 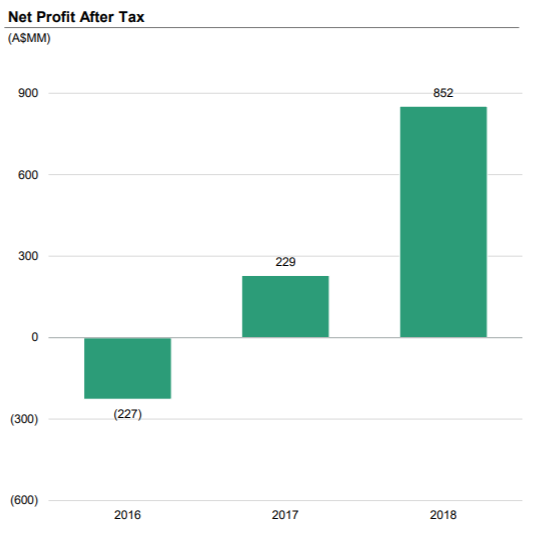 The company has world-class large-scale coal mines, which produces high value export coal and operate at industry-leading cash margins. The company is very well-positioned with its long-term sustainable capital structure combined with a significant base of reserves/resources. In FY2019, the company is expecting the demand for its high-quality, low-sulphur coal to remain healthy throughout the year. The company has an experienced management team, which is well poised to pursue growth opportunities and create further shareholder value.