Kain & Shelton (K&S) is a leading logistics company with a rich history of 74 years. Formed in 1945, the company expanded into national freight forwarding business and now continues to remain at the forefront of logistics development initiatives with its 22 national depots, 160,000 sqm of other state-based warehousing and over 1,700 multi-modal rail and sea containers.

The company was listed on the Australian Securities Exchange back in 1971 under the official name ‘K&S Corporation Limited’ with ASX code ‘KSC’. Since then, K&S has been riding on the back of aggressive acquisition-driven growth strategy to expand its business across Australia and New Zealand.

K&S primarily focuses on the management of supply chain network where local transport and linehaul, wharf cartage, export, bulk transport and storage play most essential roles. The supply chain design of the company is based on the foundation of three pillars that include simplicity, integration and partnering arrangement to build a solid client base. 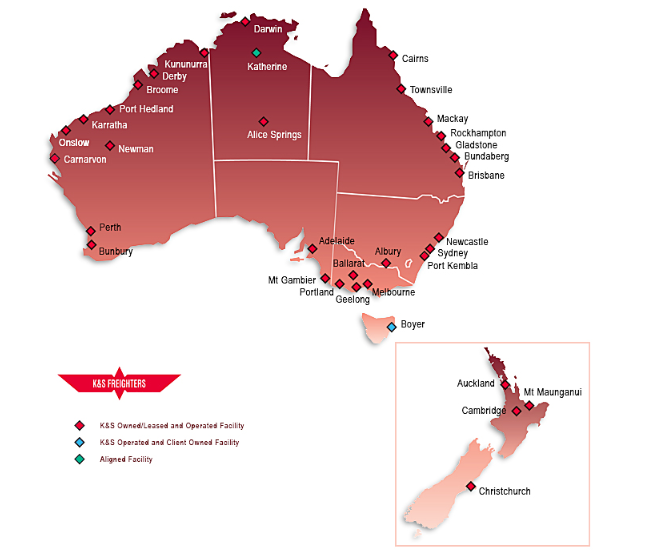 Positioned as one of the largest independent rail freight forwarders in Australia, K&S reported as massive as 108.4% growth in statutory profit after tax to $9.6 million for the half year ended 31 December 2018, compared to the previous corresponding period. Operating revenue for the period was $471.5 million, 12.9% higher than 1H FY18. Operating Profit before interest, tax and depreciation excluding significant items was $31.5 million, registering a 9.7% increase as compared to 1H FY18

The bottom-line growth reported in the first half of 2019 underscores a $9.5 million (pre?tax) accounting gain relating to the settlement of claims arising out of the closure of Aurizon’s intermodal business in December 2017. The transaction also led to the 97.7% increase in operating cash flow to $26.9 million, reflecting the receipt of $25 million in settlement proceeds from Aurizon.

Led by Managing Director and Chief Executive Officer Paul Sarant, the Board of K&S Corporation Limited declared a fully franked interim dividend of 2.0 cents per share for the six-month ended 31 December 2018. The total amount of the divided stood at $2.518 million for 1H FY19. 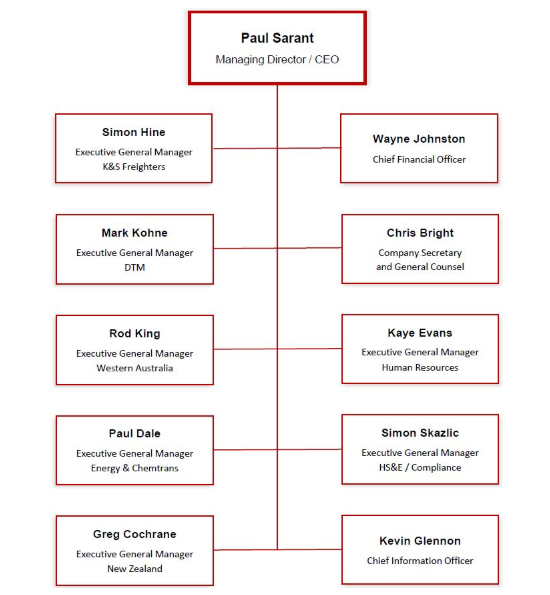 K&S Corporation Limited operates in multiple verticals that include K&S Freighters, K&S Energy and Chemtrans, K&S Bulk, K&S Fuels and Aero Refuellers among others. In 1HFY19, the company witnessed a solid performance of its specialised aviation refuelling business through Aero Refuellers. K&S Freighters business on the eastern seaboard has been another major highlight during the period, driven by the demand for steel transportation underpinned by various infrastructure projects that have been announced by state governments.

The Group maintains outstanding facilities and resource base to provide cost-effective supply chains within the logistics market including the clients from Mining and Exploration industry, Paper, Steel and Aluminium, FMCG and Timber and Building Products, to name a few.