In this article, we would discuss a few energy sector stocks listed on ASX and track their latest developments, as follows:

Paladin Energy Ltd (ASX: PDN) on 19 September 2019, notified the market that Mr Rick Crabb, Non-Executive Chairman of the company told its management Board, that he intends to get retired from it. He will remain on the Board till December 31, 2019.

On the other hand, as per PDNâs update on 17 September 2019, the company has already raised $30.2 million (before costs) through the institutional placement of shares. The company will be raising an additional $7 million through the share purchase plan.

The funds raised will be used to meet the working capital requirements at both Langer Heinrich and Kayelekera. The funds raised will ensure the company, that it has the required fund for funding the remaining pre-feasibility work needed to restart its operations at Langer Heinrich. Langer Heinrich operations will help the company to be a âfirst starterâ if the uranium market recovers and rise, though the exact timing of any recovery of uranium market is still uncertain. At Langer Heinrich, the company was progressing with a pre-feasibility study for the optimisation of the mine plan and production rates, capital and rehabilitation plan. This will company to restart production from early-mid 2021. Further the company is selling its Kayelekera Mine in Malawi.

On 19 September 2019, the company notified that its credit rating got re-affirmed at âBBB-âby the firm S&P Global Ratings. However, S&P has given its outlook from stable to negative, on the back of the challenging industry conditions. VEA on this has specified that the companyâs debt terms does not depend on a particular credit rating and outlook that is revised by S&P will not have an effect on its term to borrow debt. As at 30 June 2019, VEAâs net debt stood at $168.7 million.

18.1% increase in the regular cashflow from operations in FY19:

Washington H. Soul Pattinson and Co. Ltd (ASX: SOL) declared FY2019 report ended 31 July this year on 19 September 2019, wherein the company for FY 19 period has posted 18.1% increase in the regular cashflow from operations to $169.6 million compared to the previous year. Though, the company for FY 19 has reported 7.2% decline in the regular profit after tax to $307.3 million. During FY 19, the regular profit after tax were positively affected mainly by 22.9% rise in profit of Brickworks to $54.7 million driven by strong performance from property activities, 63.3% rise in the profit from investments and 157.1% rise in the Property Portfolio.

However, the FY 19 profits were negatively affected by 12.8% decline in the profit of TPG Telecom Ltd (ASX: TPM) due to NBN margin contraction and had to cancel its Huawei 5G mobile plan, rise in regular after tax loss from Round Oak Minerals to $54.1 million in FY 19 compared to $9.7million in FY 18. Moreover, if the company goes ahead with the merger of Vodafone, SOL anticipates the dividends from TPM to increase. Further, profit before tax of New Hope Corporation Limited (ASX: NHC) grew 3% during the period and it continues to pay SOL good dividend.

This is the first step taken by the Queensland Government for the development of gas field and the Gas which will produced from the Mahalo Gas Project is planned to be exclusively marketed in the respective equity share of MJV. The MJV is also in the process of finalisation of a number of applications in coming days for Potential Commercial Areaâs (PCAâs) which intends to cover the remaining area of the Mahalo Block that has not been covered by the PLAâs but would support future development stages. 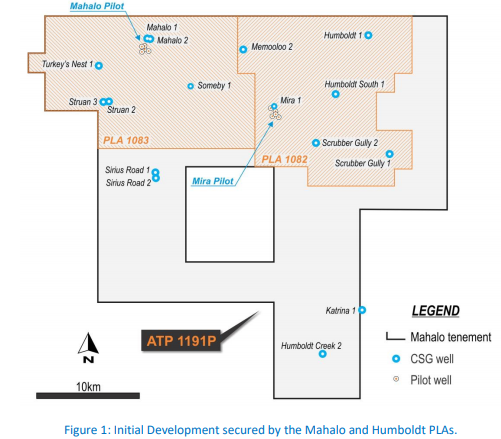 CLICK HERE FOR YOUR FREE REPORT!
Tags:
ASX: ORG ASX: SOL ASX: VEA ASX: PDN
All pictures are copyright to their respective owner(s).Kalkinemedia.com does not claim ownership of any of the pictures displayed on this website unless stated otherwise. Some of the images used on this website are taken from the web and are believed to be in public domain. We have used reasonable efforts to accredit the source (public domain/CC0 status) to where it was found and indicated it below the image.