The trend estimate for total mineral exploration expenditure increased by 5.2% ($31.3 million) to $629.6 million in the June quarter 2019, as per Australian Bureau of Statistics. Interestingly, the largest contributor to the increase in the trend estimate was Western Australia.

A Western Australia (Perth) based explorer, Anglo Australian Resources NL (ASX: AAR) had a great FY 2019, with significant progress made on its wholly owned projects particularly, the Think Big Prospect, a part of the Feysville Gold Project, and the Mandilla Gold Project. 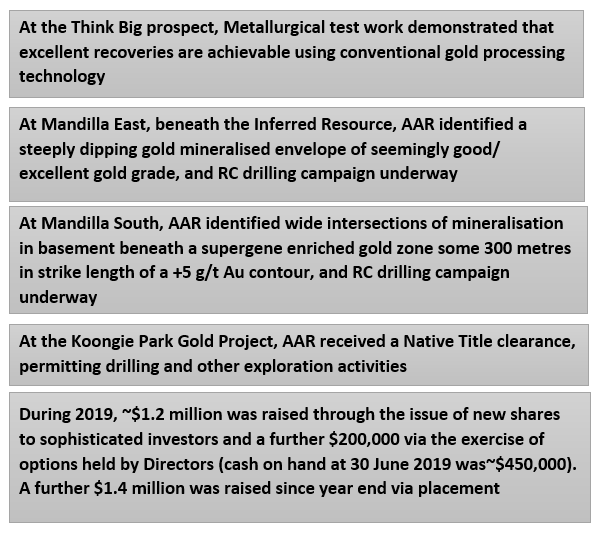 Now that we understand the FY19 highlights, let us look at AARâs operational advances at its Projects:

To know about the RC Drilling progress at Mandilla, READ HERE.

The Koongie Park Gold and Base Metals Project

Executive Chairman and Acting Managing Director John Jones states that âI firmly believe that, in both Think Big and Mandilla in particular, we have every reason to look to 2020 with much excitement.â