Short selling is a trading strategy opted by traders, investors and portfolio managers. Traders use this strategy for speculation purposes. Additionally, investors and portfolio managers use short selling as a tool for hedging. The short selling is comprised of a position, which is opened by borrowing shares that the investor or trader believes will decline in value in the future. Post fall in the price of the security that the trader/ investor has shorted, the trader or investor square the trade position by buying the security from the market. The difference between selling price and buying price of security is the profit/loss to trader or investor.

Furthermore, this is the riskiest strategy as the price of the security can raise up to infinity.

Bellamy's Australia Limited (ASX: BAL) is a provider of Australian made and certified organic food and formula products for babies and toddlers. Bellamy's Australia Limited was officially listed on ASX in 2014. As per ASIC report dated 27th June 2019, the total issue of 14.24% has been reported as short positions. Recently, the company, via a release dated 24th April 2019, updated the market that SAMR (State Administration of Market Regulation) has approved the new Bellamy’s branded formulation-series to be produced at the ViPlus Dairy facility situated in Toora.

Recently, in another update, the company reported that Norges Bank has become an initial substantial holder of the company with a voting power of 5.03% on 20th March 2019. Furthermore, Bellamy's has been evolving from Australia’s No.1 organic brand to Australia’s No.1 organic portfolio. The company’s business is well placed in order to capitalise on the macrotrends. The China organic baby formula witnessed a CAGR of 35% from 2013 through to 2017. Bellamy’s group inventory for the period stood at $61.0 million compared to pcp, with finished goods of $26.7 million and raw ingredients of $21.4 million, whereas Camperdown witnessed an inventory of $4.7 million. 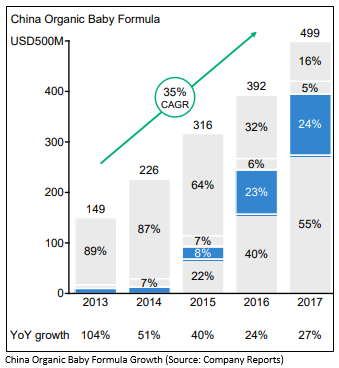 Importantly, the General Administration of Customs China has granted a licence extension to Camperdown Powder Pty Limited’s blending and canning line at Braeside, Victoria till 31st December 2019, which allows the Camperdown to manufacture infant formula for export to China.

Apart from China, its Asian market portfolio has also performed well. In 1H FY19, the baby formula and food market of Vietnam (around $1 billion) has grown in the range of 15-20%. Barring China and Australia, other markets contributed less than 5% in revenues and were growing from a small base. Bellamy’s Australia Limited intends to achieve revenues of more than $500 million by the financial year 2021.

BWX Limited (ASX: BWX) is involved in the distribution and production of integrated beauty and personal care products. It was officially listed on ASX in 2015. As per ASIC report dated 27th June 2019, total issue of 12.49% has been reported as short positions.

Recently, the company, via a released dated 1st July 2019, announced that Mr David Fenlon commenced his role as a Group CEO and Managing Director. The total base remuneration package of $700,000 + compulsory superannuation with 80% of base short term incentive and 100% of base long term incentive plan was provided to Mr Fenlon. The employment of Mr Fenlon is terminable on 12 months’ notice by either party. The company in another update reported that its global restructure has been focused on developing business capability and executional focus in key markets.

Importantly, BWX Limited recently published a presentation for 1H FY19, highlighting operational and financial performance. Sukin, the company’s No.1 skincare brand in Australian pharmacy represents 34% of the group sales, with a 9.3% market share. The company’s Nothing but Special media campaign for the Sukin has driven incremental growth and its digital re-launch and social media programs have improved the engagement. 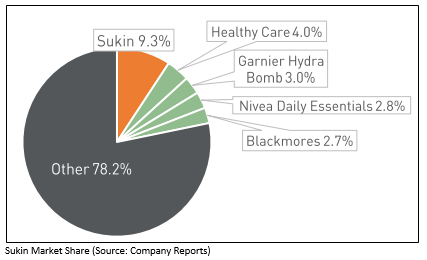 The cash position of the company witnessed a massive decline of 71.6% and stood at $19.9 million, affected by the low deferred payment, EBITDA and working capital related to the acquisition of Andalou Naturals.

In terms of Andalou Naturals, the internal manufacturing trial in 2H will quantify margin improvement opportunity. The company expects its underlying EBITDA in the vicinity of $27 million to $29million. The point of sales data outlines the continued strength in its brands and provides confidence in traction with consumers throughout its portfolio. The company anticipates further improvement in offshore markets as international re-set and consolidation progress further. In terms of the Mineral Fusion brand, the company is improving the brand platform in order to grow its baseline and channel expansion and is planning a price line test in 2H to refine international expansion model.

Bingo Industries Limited (ASX: BIN) provides waste management solutions to commercial and domestic businesses. The company was officially listed on ASX in 2017. As per ASIC report dated 27th June 2019, total issue of 11.69% has been reported as short positions.

Recently, the company published an Investor Presentation, wherein it provided updates on the acquisition and strategies. In March 2019, the company formally concluded the acquisition of DADI (Dial a Dump Industries), which is a fully integrated recycling and waste management services provider in NSW, with operations throughout the waste value chain from collections, to recycling, landfill and recycled product sales.

The acquisition of DADI has proven to be a catalyst for the company’s announced network reconfiguration in NSW, to enhance the operational efficiency of its network of strategic waste infrastructure assets. In addition, the integration of two businesses is on track and anticipated to take up to two years. In terms of acquisition strategic rationale, the company has an opportunity in Greater Sydney to transform the future of recycling and resource recovery along with around 82 ha. of property in the Western Sydney Growth Precinct, providing the company with an opportunity to develop a ‘Recycling Ecology Park’. The company further stated that will lead to delivering $15 million of annualised cost synergies from operational efficiencies, overheads and internalisation over two years with further potential revenue synergies to be realised.

The development of Recycling Ecology Park located at Eastern Creek has already begun and the development of MPC 2 at Eastern Creek has delivered incremental EBITDA and the completion is expected to take place in 2H FY20, with the capital expenditure of $30 million. The planning approval modifications have continued to progress, which included the increased annual landfill capacity limit to 1 million tonnes pa from 0.7 million tonnes pa.

The total construction activity in NSW and VIC indicated a rebalancing with the cycles, resulting in a relatively flat forecast profile for the total work to be done over the medium term.

The gross margin, EBITDA margin and net margin of the company amounted to 27.2%, 1.6% and 6.3% in 1H FY19 against the industry median of 40.7%, 18.8% and 8.3%, respectively. The liquidity position represented by the current ratio posted a growth of 45.9% on a Y-o-Y basis. This implies that the company is on track to meet its short term obligations.

In terms of people and culture, the company is planning to introduce all Bingo P&C policies, processes and procedures by 30th Sept 2019. Additionally, the planned adoption of Bingo SEQ policies, processes and procedures throughout the business is on track and the company plans to conduct SEQ inductions for all DADI drivers and site staff. The company is committed to enhancing the diversion of waste from landfill via investment in recycling infrastructure and innovation.