On 6 September 2019, the market continued the bull-run, allowing the benchmark index S&P/ASX 200 to finish the week 34.1 points higher at 6647.3 points. Energy sector was up 1.31% to 10,545.8 points. Let’s have a look at three resource sectors which joined the market rally on positive market sentiments.

Strike Energy shares crashed 11.11% in a day-trade on Friday despite the company making a hat-trick on gas discoveries within its jointly owned West Erregulla-2 project, onshore Perth Basin. The stock ended the week at a price of $0.240, with a market capitalisation of $420.16 million as at 6 September 2019.

Trading halt placed on Strike Energy shares was lifted this morning after the company released an update from the ongoing drilling campaign at Strike-Warrego Joint Venture West Erregulla-2 in Perth Basin.

Strike Energy announced third significant gas discovery in the High Cliff sandstone as part of the campaign at West Erregulla-2 jointly-owned project. The High Cliff formation was reportedly encountered at 4,918 metres with a gross gas column of at least 22 metres.

Strike’s Managing Director, Stuart Nicholls stated “The addition of yet another material gas discovery in the West Erregulla-2 drilling campaign makes this a truly outstanding result for the well. The High Cliff results are in line with Strike’s expectations and indicate a discovery with significant areal extent that can be delineated on 3D seismic.” 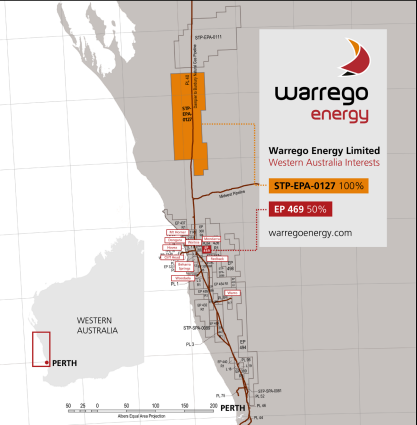 High Cliff is made up of a single fining upwards cycle that has well-developed porosity throughout. The company further informed that West Erregulla-2 has finished drilling at 5,100m and is now not only the deepest well in onshore Australia but has also discovered the deepest ever hydrocarbons. The presence of both gas and porosity at such depths add further significant value to the fast evolving Kingia-High Cliff conventional gas fairway within the Perth Basin.

Forward Plan: As per the report, Strike has completed drilling at WE2 and is currently undertaking additional advanced logging. Following this the 5-1/2” production casing will be run and cemented. A production completion will be run with perforations in the Kingia and High Cliff zones before conducting flow testing.

Pilbara announced a successful completion of $36.5 million capital raising via Institutional Placement of ~121.7 million new Pilbara Minerals shares, which are to be issued at a price of A$0.30 per share, representing a 1.0% discount to the volume weighted average price of Pilbara shares traded during the five ASX trading days immediately prior to the announcement dated 5 September 2019.

This Institutional Placement forms part of the company’s recently announced capital raising program, wherein Pilbara has planned to raise total A$91.5 million, including A$55.0 million from Chinese company Contemporary Amperex Technology Limited (CATL) other than this institutional placement.

In an announcement dated 5 September 2019, Pilbara told that the Institutional Placement was heavily oversubscribed, and supported by current shareholders and several new institutional investors. This institutional placement will reportedly be followed by a strategic placement of A$55.0 million to CATL, which is China’s largest battery manufacturer for electric vehicles and has strong business relation with global EV manufacturers, including Volkswagen, BMW, Toyota and Honda.

Pilbara Minerals’ Managing Director, Ken Brinsden stated that the raising would provide Pilbara Minerals enhanced strategic and financial flexibility as the company enters an important phase of growth as well as nearing the completion of Pilgangoora operations that would significantly help the company fulfil the market demand for lithium raw material.

The company believes that the funds would also assist in its participation in the proposed POSCO Joint Venture chemical conversion plant as well as Stage 1 improvement projects and Stage 2 expansion studies.

On the news of Aldoro acquiring an option to acquire 100% of Altilium Metals Limited to create a focussed West Australian Gold and Nickel exploration company, ARN’s stock price jumped 50% to close at $0.210 on Friday, 6 September 2019.

The company announced that it has inked a binding option agreement to acquire 100% of Altilium Metals, which owns a portfolio of highly prospective advanced exploration assets including: 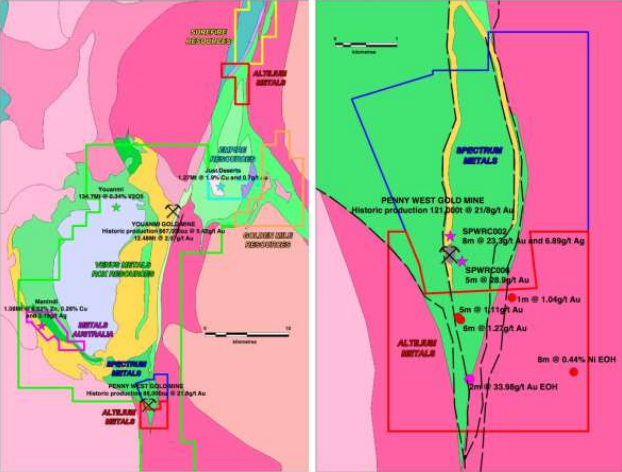 As per the report, on acquisition, Altilium’s Managing Director Dr Caedmon Marriott and Chairman Rhod Grivas would join the board of Aldoro, bringing significant mineral exploration and capital markets experience.

Commenting on the acquisition Aldoro’s Chairman Jeremy King stated that addition of acquisition of Altilium Metals, including the Penny South Gold Project, would greatly enhance the company’s existing portfolio in Western Australia.

Aldoro has announced a share placement of $650,000 at $0.15 per share, representing a premium to market bolstering Aldoro’s cash reserves to circa $4,000,000. The company also announced its plan to undertake dual drilling program in the 4th quarter 2019 that would include Drilling at the Penny South Gold Project & Aldoro’s Leinster Nickel drilling program.

The year to date performance of ARN stands at 7.69% including a positive price change of 16.67% in the past three months.