Gold Explorer, Middle Island Resources Limited (ASX:MDI) appears to be revelling the fortunate turn of events while the gold market is on the constructive move. The Perth-based explorer witnessed the external environmental factors bolstering its current operational direction in its flagship Sandstone project in West Australia. In the meanwhile, the successful completion of the capital raising of A$2.8 million, corner-stoned by prominent mining investor, has opened avenues for the organisation to effectively carry out its multiphase drilling campaign in conjugation with the other operational activities.

The varying factors such as Bushfire, US-Iran escalated tensions, and the outbreak of Coronavirus together enhanced the uncertainty amongst the investors. Amidst the rising uncertainty that predominantly defined the market situation in the year 2020, the gold regarded as a haven by the investors has recorded a significant rise. In the current buoyant Australian Gold market, Middle Island is positioned as the emerging undervalued explorer. 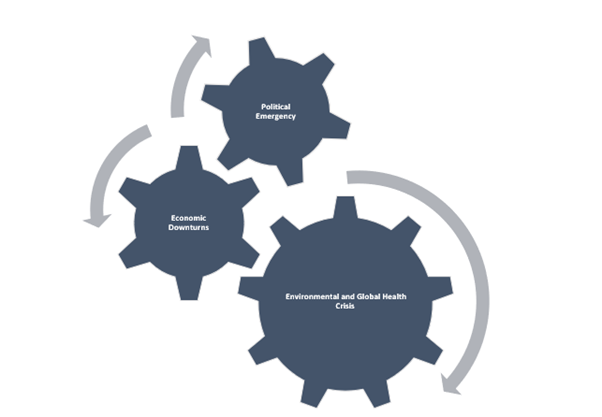 In October 2016, it was wholly acquired by Middle Island from the Receivers of Black Oak for a consideration of A$2.5M. The project hosts the gold mineralisation within the Sandstone greenstone belt. Underground Exploration Target of 24-34Mt at 1.1-1.4g/t Au representing 900,000 to 1.5Moz gold and the Current JORC 2012 Indicated & Inferred Mineral Resources of 123,000oz has been estimated for the Sandstone project.

Goldsea’s takeover offer for Alto Metals- Alto Metals Limited has received a takeover offer at a 103% premium to the last traded Alto pre-bid share price by Goldsea Australia Mining. Previously, Middle Island had thrown in the hat to takeover Alto Metals; however, it was allowed to lapse on 29 November 2019 as the offer proved unsuccessful.

Ramelius Resources’ takeover offer for Spectrum Metals- A takeover offer for Spectrum Metals, which comprises of the Penny West Deposit located at 90km to the south of Sandstone gold project is put forward by Ramelius Resources Limited (ASX: RMS). The offer was made at a 52% premium to the last traded spectrum pre-bid share price.

Ongoing Gold Drilling Program in WA- A junior is pursuing one of the largest gold drilling programs this year for defining additional open pit Mineral Resources at 14 gold deposits and targets at Sandstone. The positive drilling results could generate strong anticipated news flow.

It is to be noted that the above three activities are in close proximity to the Company’s Sandstone project.

An updated PFS was commissioned following the positive re-optimisation outcome of the Shillington and Wirraminna open pit deposits. The proposed Tranche 2 capital raising and a drilling campaign for quantifying the additional mineral resources caused deferred PFS update which is to be completed in mid-2020. 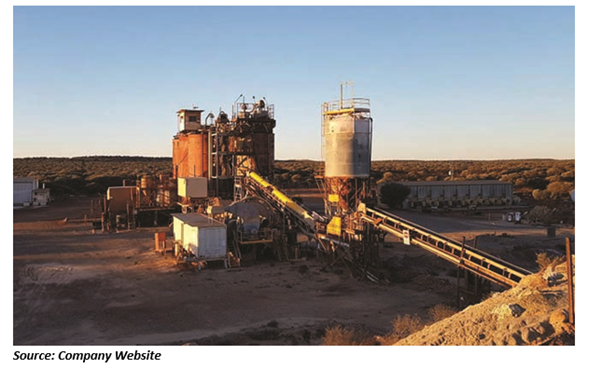 With a genuine prospect of gold production prior to end 2020, Sandstone mill recommissioning decision would likely be based upon the PFS outcome and record A$ gold price. Mill refurbishment has the costs of only A$10.3 million associated with it with a recommissioning timeframe of 5-months.

Middle Island’s Sandstone mill encompasses the broader vision that focusses not only on immediate gold production but also involves the development of the significant regional gold processing hub.

The project sports the only gold procession plant for 150km. Up to 15 stranded third-party deposits have been identified within potential economic trucking distance that hosts ~1.8Moz.

The recommissioning decision would be based on the success of either one or both approaches.

Middle Island is having the optionality of the new Barkly Copper-Gold Super Project in Northern Territory. An A$30 million collaborative government research highlighted the area comprising 3,253km2 along the axis of the East Tennant Ridge is highly prospective for Tier 1 iron oxide-copper-gold (IOCG) targets.