The other essential factors to watch out were:

In view of the above market conditions, we will review two basic material stocks - Amur Minerals Corporation (LON: AMC) and Landore Resources Limited (LON: LND). The shares of both Amur Minerals and Landore Resources were up by 27.48 percent and 25.58 percent, respectively (as on 6 July 2020, before the market close at 1:30 PM GMT+1). Let’s walk through their financial and operational updates to understand the stocks better.

Amur Minerals Corporation is involved in the evaluation, acquisition, exploration and development of mineral projects. The Company is incorporated in the British Virgin Islands and listed on the London Stock Exchange. The Company mainly operates in Far East Russia.

In FY19, Amur spent $0.5 million on exploration mainly due to TEO (Permanent Conditions) work programme. The operating cost was down to $1.9 million from $2.6 million, following the executive management restructuring. The net loss narrowed to $2.3 million from $3.3 million a year ago.

As on 31 December 2019, the Company had a cash balance of $0.4 million. On 4 May 2020, the Company repaid £0.5 million of the outstanding loan to Plena Global Opportunities and had no debt on the balance sheet. In April, Amur raised £75.0 million through an issue of 75.0 million common shares at 1 penny per share. 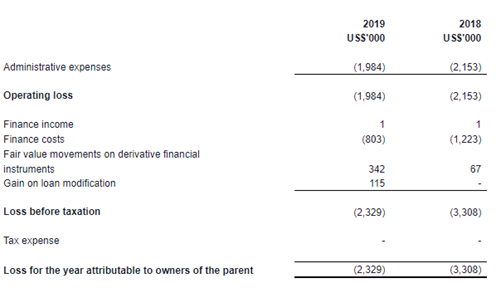 1-Year Chart as at July-6-2020, before the market close (Source: Refinitiv, Thomson Reuters)

The Company will focus on completing the TEO and bankable feasibility study (BFS) and expects an update over resources and reserves. Amur will streamline the mine scheduling and increase the open pit potential. It will perform the metallurgical test for copper concentrate. It also plans to prepare an economic model for the outputs. It is also seeking opportunities to invest in mining projects that are either cash-generating or near to production. The revenue from these investments would help to fund corporate activities.

Landore Resources Limited is a mineral exploration company incorporated in Guernsey. It identifies, develops, and acquires mineral projects independently or in a joint venture. Landore mainly operates in Eastern Canada, where it has 100% owned Junior Lake Gold project in Ontario.

The Company raised approximately £2.8 million by issuing 414,814,815 new shares at 0.675 pence per share. The new shares issued are close to 23.06 percent of the total enlarged share capital after admission. The Company has issued equivalent warrants for newly issued shares. As on 26 June 2020, the Company had a cash balance of £95,932.

In January 2020, the Company performed an economic assessment and announced a technical report of the BAM Gold Project; the project is located at Junior Lake Property in Canada. 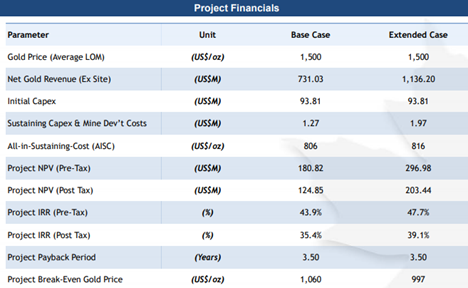 1-Year Chart as at July-6-2020, before the market close (Source: Refinitiv, Thomson Reuters)

The Company plans to focus on the development of the BAM Gold Resource, and it will explore potential opportunities in other gold projects. The Company will consider a corporate transaction to generate a good shareholder return. Moreover, the recent fundraising puts them in a position to pursue multi-a million ounce gold resource to maximize shareholder value.