The Australian share market today surged slightly by 0.16 and the benchmark index S&P/ASX200 settled at 6126.2 as compared to yesterday's closure at 6116.4 points.

The stocks that exceeded others in today's trading session are:

The stocks that suffered the most today are:

Let's see the graph below for the five top and least performing stocks for today's market: 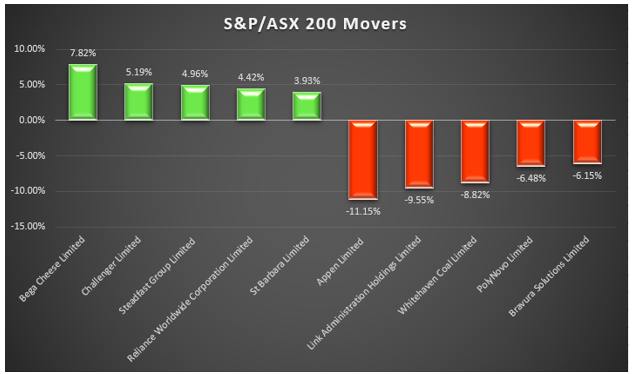