Despite fluctuating a bit during the trading session, the benchmark index S&P/ASX200 managed to finish in the green zone. It ended at 5991.8, up by 0.83 per cent as compared to Tuesday's closure of 5942.3. Moreover, all sectors finished in the green zone except the Materials.

The market gain has added to yesterday's substantial increase of 3.89 per cent. The market is reflecting positive sentiments after Dallas Federal Reserve President Robert Kaplan comment on Monday that the US economy would see a notable historic contraction in the second quarter but will begin to rebound after that. He also emphasised that if consumers and enterprises both will take extra precautions to stop the virus infection from spreading the economic recovery will even be quicker.

The best-performing stocks for today's market are: 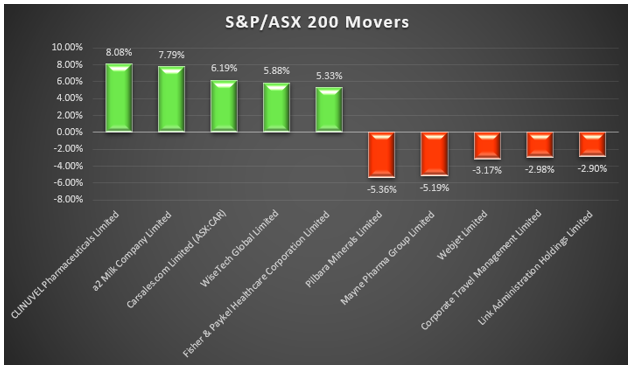