ASX-listed energy retailers are under pressure over the increase in their raw material cost and stringent measures adopted by ACCC in the name of new Default Market Offer (or DMO).

The raw material prices for energy generation is witnessing a surge in the international market, which is now prompting the speculators to discount the stock value of ASX energy retailers.

The crude oil prices rose, post an increase of 5.7 million barrels in the commercial crude oil inventory in the United States amid higher oil imports.

The commercial crude oil inventory in the United States rose from the level of 433.2 million barrels to 438.9 million barrels for the week ended 25 October 2019 amid higher imports and lower exports.

The United States import rose for the week ended 25 October 2019 despite steady production of 12.6 million barrels per day.

The oil imports for the week ended 25 October 2019 stood at 3,370 thousand barrels a day, up by over 55 per cent against the previous week imports. The high imports, coupled with stable domestic production and falling exports, suggested high demand for oil in the United States, which in turn, supported the crude oil prices in the international market. 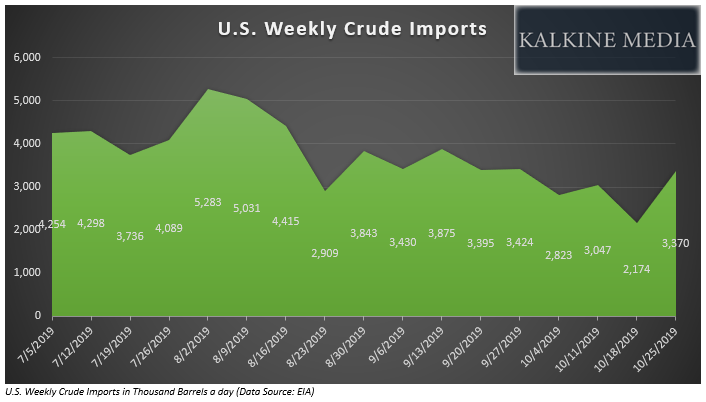 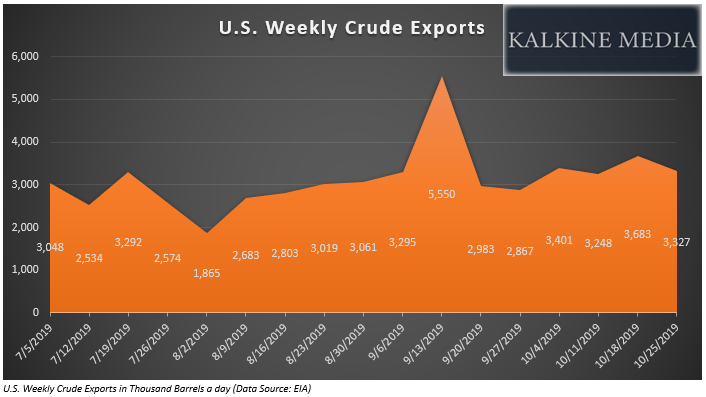 The refineries utilisation percentage also increased for the week ended 25 October 2019 to stand at 87.7 per cent, against the previous week utilisation rate of 85.2 per cent.

To conclude, the increase in imports coupled with higher utilisation and falling export suggested higher crude demand in the United States, supporting the crude oil prices in the international market.

Coal prices also recovered in the market, with the benchmark Newcastle coal futures recovering to the level of USD 72.30 per tonne. The Australian energy sector largely relies on the coal for the energy generation, and the recovery in coal prices along with the forecasts of an average price of USD 72 per tonne for the Newcastle thermal coal spot is further leading the energy investors to pull down the stock prices of the energy retailers in Australia.

Apart from the rise in raw material cost, the new energy policies of the government are also impacting the energy retailers and are anticipated to impact the ASX energy stocks over the short-run before ultimately proving beneficial over the long-run.

Australian higher LNG exports have already created a shortage of natural gas in the domestic market, and many energy retailers and raw material producers are trying to switch to natural gas for electricity generation, which in turn, is further exerting pressure on the energy retailers in Australia.

Natural gas prices are also showing recovery in the international market amid seasonal demand from the northern hemisphere due to cold weather conditions. The Natural Gas Futures on the New York Mercantile Exchange (NYMEX) rose from the level of USD 2.187 (Day’s low on 11 October 2019) to the present high of USD 2.902 (Day’s high on 5 November 2019 7:54 PM AEST), which in turn, marked a price increase of almost 33 per cent.

With the raw material prices increasing the electricity retailers are taking a hit in the short-run; however, the industry experts have forecasted a rush in the energy stocks over the long-term amid high global demand for energy in the years ahead.

To Know More, Do Read: S&P 500 To Inch Further; Energy Sector To Leap And Push The ASX-Listed Energy Players

While the energy retailers are facing the pressure of increased raw material prices, the ASX oil & gas explorers have taken a breather amid the increase in crude oil prices, which also acts as a reference price for LNG.