Why Capital Raising Is Sometimes Important For IT Stocks?

Every business relies on capital to run its operations smoothly. Capital could be accessed either via internal accrual or via external means like debt or equity. Capital raising is a process in which a company taps funds to meet its capital requirements to support the daily operation of a project, to acquire a new business, to develop a new product or further expansion of the business, among others. Capital Raising:

Information Technology is not a capital-intensive business per say. However, in the early phase of a technology business, the requirement of external capital is high. Typically, IT businesses require funds to undertake activities such as:

Furthermore, technology businesses rely on human capital, which involves a major portion of recurring expenses in the form of salaries and wages. For these reasons, information technology companies require funds to run their business.

Major factors to be considered by IT companies before raising capital are:

In this article, we have delved into the details of 3 IT companiesâ capital raising activities. 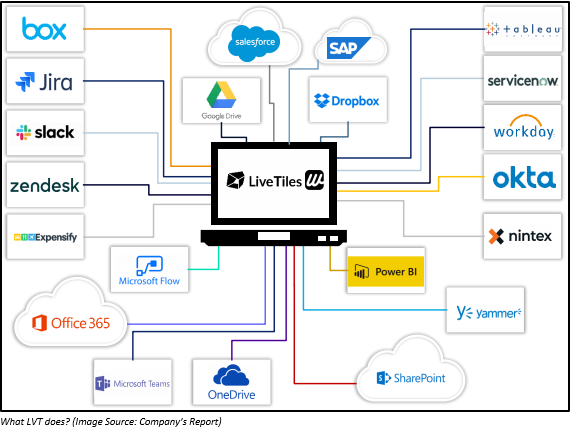 The company has successfully raised $50 million before costs via a placement of 142,857,143 fully paid ordinary shares at a price of $0.35 each share, according to a company statement on 19 September 2019. The placement shares have been allotted to eligible institutional and other sophisticated and professional investors.

Additionally, the company is set to launch a Share Purchase Plan (SPP) to raise up to an additional $5 million from existing eligible Australian and New Zealand shareholders.

Proceeds raised would be directed towards driving strong customer and revenue growth through investment in the companyâs direct sales and partner channels. Moreover, proceeds would be used for ongoing product development and enhancement.

In the investor presentation released by the company on 18 September 2019, LVT highlighted that it would require further funding to support its ongoing activities as well as business operations. The fund raised would help the company in developing new products, improve available products, boost its operating infrastructure and simultaneously acquire businesses as well as technologies.

Dubber Corporation Limited (ASX: DUB) is the most scalable call recording service in the world, adopted by various top telecommunications carriers in North America, Europe as well as the APAC region.

Catapult Group International Ltd (ASX: CAT) is engaged in developing technology that supports athletes and teams in improving their performance.

In March 2018, CAT completed a placement of around 22.73 million new fully paid ordinary shares and raised $25 million. In the placement, each share was issued at a price of $1.10. The funds raised were planned for