Dividend distribution is corelated with the financial performance of the business. When a company makes decent profits and is able to sustain its profitability over the years, the Board of Directors choose to declare dividends to its respective shareholders. We will be discussing a few businesses within the small cap space, which has declared dividends in the recent past or has the potential to distribute dividends to its shareholders.

Let’s go through such small-cap stocks to gain a better insight on them.

Emeco Holdings Limited operates in selling, renting and maintaining heavy earthmoving equipment to customers in the mining industry across Australia and other countries.

Increase of Revolving Credit Facility limit: On 8 January 2020, EHL notified that it has implemented documentation with its current syndicated lenders to expand its Revolving Credit Facility from $65 million to $100 million. The raised facility offers cost-effective debt with boosted liquidity and flexibility for the business. EHL continues to be committed to its deleveraging approach, with leverage anticipated to be 1.5x by the close of financial year 2020 and aiming 1.0x by the close of next year.

It is anticipated that the company is not paying dividend because of the extra debt in its balance sheet. The Management might be focusing on reducing its debt from its profitability. Thus, investors might keep this stock in their list in order to earn dividends in future. 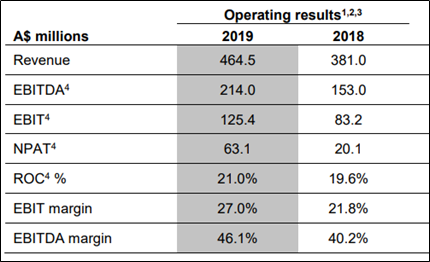 Stock Update: The stock of EHL last quoted flat at $2.210, as on 09 January 2019. At current market price, the stock is quoting towards the upper band of its 52- week trading range of $1.625 to $2.895. The stock has generated positive returns of 16.62% and 5.74% in the last three months and six months, respectively. At current market price, the stock is available at a price to earnings multiple of 19.63x on its trailing twelve months (TTM) basis.

GWA Group Limited is the supplier of building fixtures and fittings used for the residential and commercial premises. The range of products includes sanitaryware and bathroom products, baths, tapware, sinks and laundry tubs.

During the year the company acquired Methven, which has enhanced its presence in renovation and replacement division, taps & showers and select global markets. Operating cash flow came in at $94.2 million, up 64.4% on y-o-y basis. During the year, the company announced a dividend of 18.5 cents per share, depicting an increase of 2.8% on y-o-y basis. 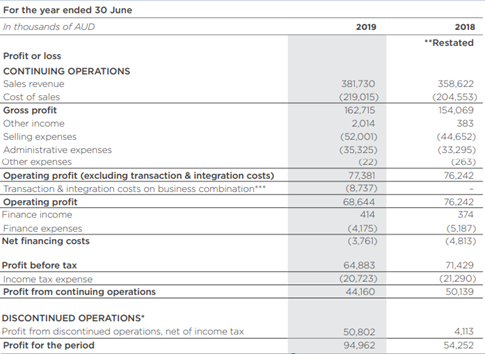 Investors may choose to look for this stock within the small cap segment in order to get good dividend yield.

Recently, the company reported a change in interests of its substantial holder CDAM Limited (UK), effective from 30 December 2019, by increasing its voting rights to 6.01%.

In the recent past, the company showed a decent growth and is expected to continue the momentum in coming years. Investors can choose to include the stock in its portfolio in order to earn decent dividend yield in coming years.