The origin of the gaming industry dates to 1980s. Ever since that time, the industry has seen several ups and downs; however, it continued to sail through the increasing competition. Owing to its vibrant culture, the entertainment sector has maintained flourish, especially in recent years, thanks to the growing technology and youth involvement. Few elements of the gaming industry are expected to increase its revenue drastically over the coming years. We have seen in the history that merger and acquisition activities in the gaming industry grew to a decent level with increased level of interest among the youngsters in the gaming industry.

In the competitive global sphere, the Australian gaming industry has been performing at its best, highlighted by several industry awards. Australia is a booming country for industries such as films, art, publishing and gaming.

Hardcore gamers spend on gaming equipment, including hardware and software. Generally, these gamers are of 28 years and above (male) and approximately 70-80 per cent of the total sales volume in the gaming industry comes from this section of gamers.

This category includes gamers who are not professional but play games on a regular basis. Additionally, this section accounts for around 15-25 per cent of the total sales revenue in the industry.

The people who fall under this category do not invest a lot of time in gaming. They actively seek games that are free of charges. This section contributes approximately 5 per cent to the total market.

The main motive behind these types of games is not to entertain the users but motivate them to achieve the tedious and boring tasks or to learn.

The service that can be used for free is categorised under this section. However, there are premium services that can be accessed after making payments.

This category attempts to add games such as elements into tasks. Despite being a new term, gamification is becoming more apparent in the daily life of people.

Crown Resorts Limited (ASX: CWN) is an Australia based gaming and entertainment group, which is engaged in operating and owning two leading integrated resorts in the country. Apart from Crown Melbourne and Crown Perth (the resorts), the company also has one high-end licensed casino in London. Additionally, it has two projects in the development pipeline and interest in numerous digital businesses.

On 20 September 2019, the company announced that its annual general meeting (AGM) would be held on 24 October 2019. CWN has asked the members who would be unable to attend the AGM to vote by proxy on the resolutions scheduled for consideration at AGM. 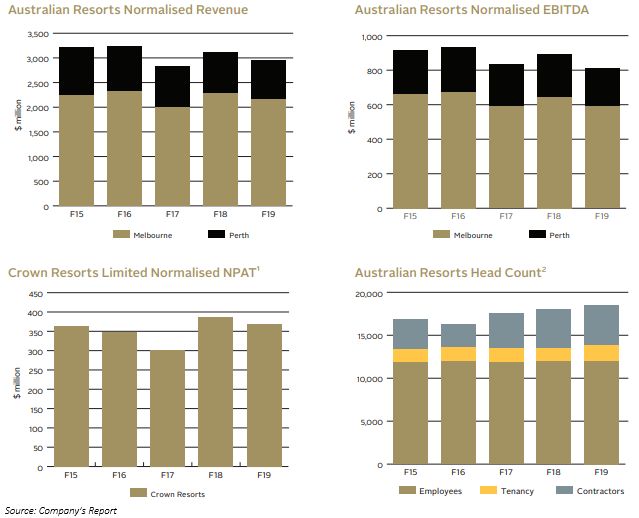 Based in Western Australia, Emerge Gaming Limited (ASX: EM1) is an esports and casual gaming tournament company, which operates ArcadeX, a platform that enables users to enjoy skill-based tournaments, series and live matchmaking. The company was officially listed on ASX in 1971.

On 2 September 2019, the company announced preliminary financial results for FY2019.

Based in Melbourne, Esports Mogul Limited (ASX: ESH) is the most advanced pure-play online esports tournament and matchmaking platform provider across the globe. The esports media and software company, which was listed on the ASX in 2011, is focused on the markets of Australia and Southeast Asia. 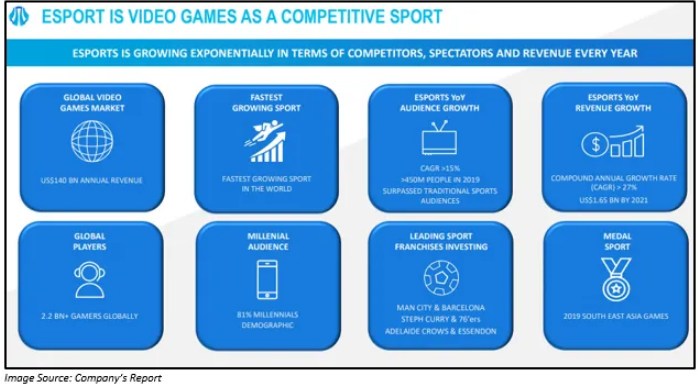 On 27 September 2019, the company announced to have received a waiver from the ASX concerning the ASX Listing Rule 6.24 in relation to option expiry notices.

Partnership with Wizards of the Coast

Esports Mogul, on 25 September 2019, announced to have entered a partnership with Wizards of the Coast, which is a publisher of fantasy games. Under the partnership, Mogul and Wizards rolled out MTG Arena Branded Hub on the same day. Additionally, the partners are launching the MTG Arena Mogul Championship 2019.

The championship, which will commence on 7 October 2019, has invited any player from Australia and New Zealand to compete for a prize pool of more than A$50,000 (cash and prizes).

Based in New South Wales, Ainsworth Game Technology Limited (ASX: AGI) is a provider of gaming machines in addition to other related equipment and services. AGI is engaged in activities including design, production, development, lease, sale and servicing with respect to its offerings. The company, which was founded in 1995, has ~200-500 employees and caters to 50 countries. 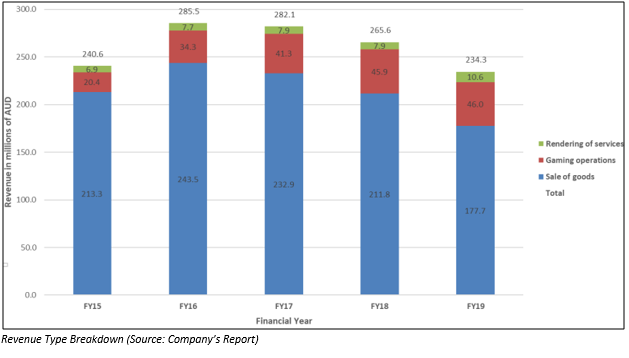