The company’s non-network businesses contributed $450 million to the group EBIT excluding redundancy costs. It also included $20 million in recoveries of doubtful debt, and the figures from the segment were above the market guidance of $390 - $430 million in August 2018. Reportedly, the network segment accounted for $400 million to the group EBIT, and 12% reduction was due to one-off regulatory true-up of $60 million.

Further, it was reported that the subdued revenues of the company depicted the impact of UT5 final decision, FY18 true-up in Network business, lower revenue in Bulk due to the cessation of the Cliffs contract.

Besides, the company declared a final dividend of 12.4 cents per share, which would be 70% franked. Besides, the record date for the dividend is 26 August 2019, Ex-date is 27 August 2019, and it is scheduled to be paid on 23 September 2019. Admittedly, the latest dividend takes the total dividend for the full-year to 23.8 cents. 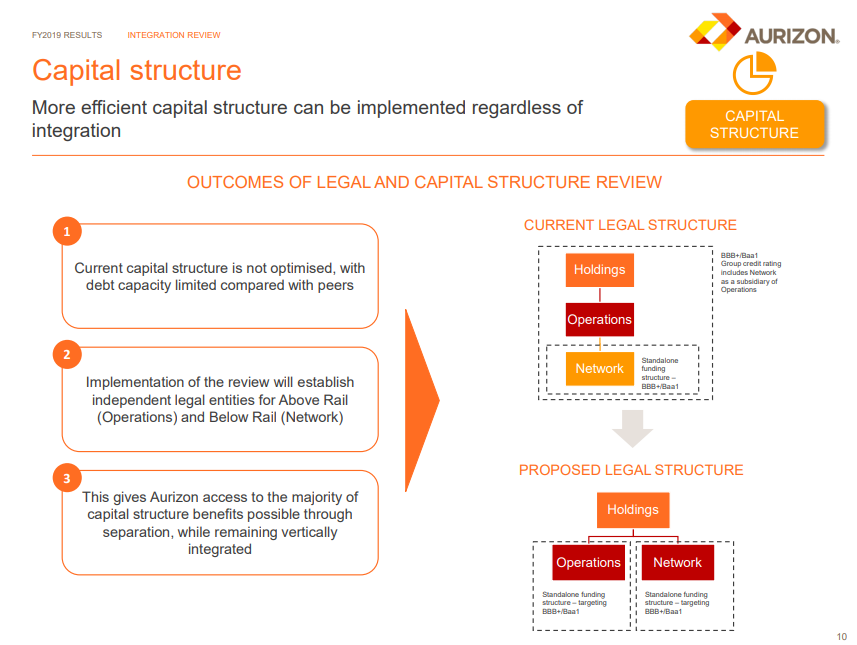 The company also completed two strategic reviews during the year. Reportedly, the company reviewed its vertically integrated structure to determine the optimal structure behind the created shareholder value. In 2010, the company had completed such review during the IPO, and the recent review depicted that the benefits from integration outweigh the benefits of the separation.

Meanwhile, the second review was to test the optimality of the capital structure of the company. Subsequently, the proposed legal structure intends to maintain the rail business under the holding company. The new structure would allow standalone funding structure for the Rail Business – Operation & Rail Business – Network, which would mean independent gearing levels according to the risk profiles.

Further, it provides an additional funding capacity of ~$1.2 billion, the Operations & Network would target credit rating of BBB+/Baa1, and implementation of the proposed structure is likely to be completed in the upcoming months.

Reportedly, the current assets were down by $66.6 million due to a reduction in cash, reduction in trade & other receivables due to Cliffs termination payment, and ~$20 million recovery in doubtful debts helped to offset losses.

Besides, the total borrowings of the company was down by $132.1 million due to the repayment of bank debt facilities for $253.4 million, which was offset by the unfavourable revaluation of medium-term notes.

As per the release, the company expects Underlying EBIT for the year FY2020 to be in between $880 - $930 million. Further, the company assumes increase in EBIT across all business units backed by volume growth, benefits arising from operational efficiencies. Additionally, the UT5 customer agreement in the Network business would also impact the expected Underlying EBIT for FY2020.

Further, the company would undertake the buy-back program for 12 months starting 27 August 2019 to 26 August 2020, and it would conduct buy-back at times, which are considered beneficial for its efficient capital management.

Based in Perth, NRW Holdings is a company engaged in providing diversified services to the Mining, Civil & Construction industry. The company also caters to some of the largest companies in Mining & Construction companies. 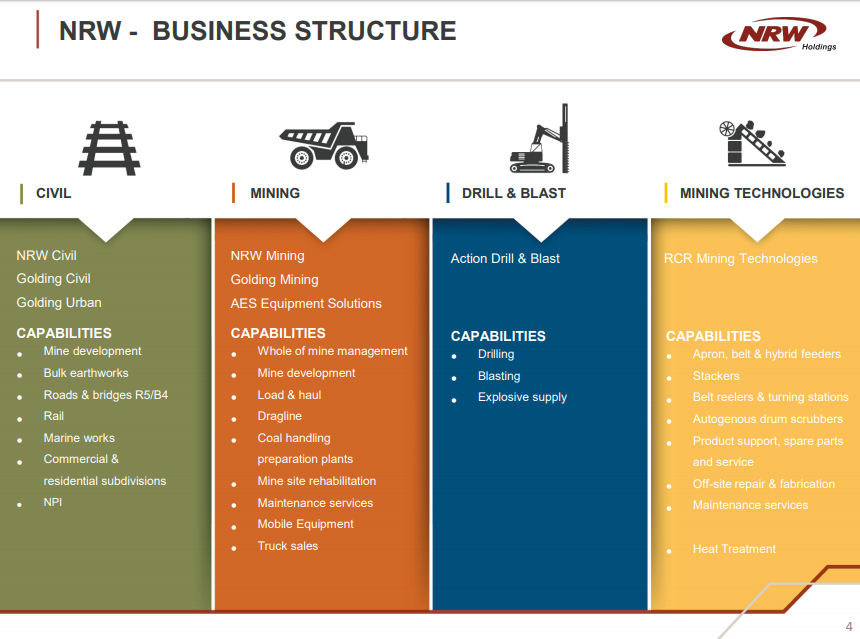 On 3 July 2019, the company reported on an agreement with Stanmore Coal (ASX: SMR). Accordingly, the agreement was signed by the company’s subsidiary – Golding Contractors Pty Ltd, which would mean an addition of third truck & excavator fleet to improve the overburden removal capacity.

Reportedly, the company has been supporting the Voluntary Administrators, and payments would be made to all the works undertaken while the Administrators carry a review of recapitalisation options. Meanwhile, the company was expecting an EBITDA for FY2019 in the range of $140 million to $145 million before the appointment of Administrators.

The company also provided an update to the FY20 Outlook. Accordingly, the company had secured work worth $1.1 billion for FY20, which excluded Gascoyne contract. In addition, the company is expecting to deliver full-year revenues of ~$1.5 billion in FY20, and the RCRMT and Urban businesses are anticipated to generate revenues of approximately $200 million.