“Health is wealth” stands true when it comes to the overall growth and development of the economy. As the emphasis on health is strong and significant in every society, with evolving time, the health care sector has risen to become a booming business across the globe.

Healthcare can be expressed as the maintenance and enhancement of one’s health by either taking preventive measures, diagnosis and treating a disease, injury or any other form of mental or physical ailment. There are numerous divisions of healthcare like medicine, dentistry, pharmacy, mental therapy and so on. The sector is driven by health care specialists in the form of physicians, doctors and other healthcare professionals.

Effective and efficient healthcare systems and services are amongst the most essential requirements of an economy and is widely influenced by the social and economic conditions of the economy, and its health policies.

The healthcare system in Australia is driven by the national and state government, private sector and not-for-profit organisations, with all citizens bearing the right to avail medical care. The Organisation for Economic Co-operation and Development recognises the Aussie healthcare system to be amongst the best across the globe. Though, surge in demands, increased costs and complex health conditions have brought a struggling phase for the economy.

As reported by the Australian Institute of Health and Welfare, the life expectancy at birth has increased over time and Coronary heart disease and stroke death rates have fallen. It is anticipated that nearly half of the Australians will undergo a mental illness in their lifespan. Around 3.1 million people (16%) had used an illegal drug in 2016 in the country, and the country recorded its highest number (1,800) of drug-induced deaths in 2016. In the past decade, the spending on health has grown by about 50% in real terms, with a population growth of about 17% over the same period.

Given this backdrop, let us look at the three Healthcare Stocks, their recent updates and stocks performances, that are listed and traded on the Australian Securities Exchange:

Company Profile: A wholesale distributor of pharmal and allied products and retail support services to pharmacists, API is the parent company of Soul Pattinson Chemist, Priceline Pharmacy and Pharmacist Advice. It was listed on the ASX in 1997 and has its registered office in Camberwell. 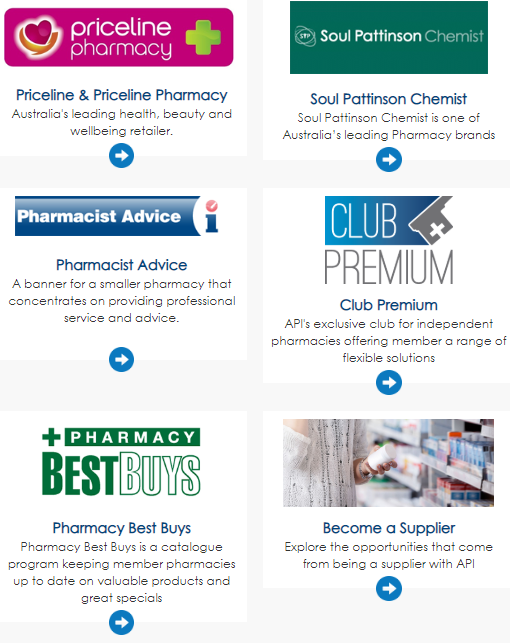 Board announcement: On 3 July 2019, the company announced that Mr Peter Sanguinetti would retire as the company’s General Counsel and Company Secretary post 11 years w.e.f. 26 July 2019. His position would be taken over by Ms Anne Mustow, who had prior to this, served as a General Counsel and Company Secretary for Bunnings Group.

Interim Dividend Payment: On 31 May 2019, the company announced details of the fully franked interim dividend payment for the six-month period ended 28 February 2019 for its shareholders, stating that the dividend pay-out ratio was at 77 per cent. The company declared an interim dividend of 3.75 cents per share, up by 7 per cent increase on the prior corresponding period.

Also, the Priceline Pharmacy network had grown with like for like sales of 0.3 per cent and the network totalled 479 stores by the half-year period. The Pharmacy Distribution business grew by 8.8 per cent and there were over 1,400 pharmacists in API’s retail programs by the half-year. Consumer Brands also significantly grew, and new contracts were built. Clear Skincare increased the network to 47 clinics.

Company Profile: Sigma Healthcare is the largest full line pharmacy wholesaler in Australia, with branded pharmacies and an expanding national hospital services business. It provides national third-party logistics services as well and was listed on the ASX in 2002. The company’s registered office is in Rowville.

Annual General Meeting: On 15 May 2019, the company conducted its AGM and in the related presentation stated that its Total Revenue for FY19 period stood at $3.97 billion, down by 2.9 per cent, due to the reduction in high value but low margin Hepatitis C product. The sales revenue was up by 2.9 per cent to $3.75 billion. The underlying NPAT was down by 13.7 per cent to $46.3 million. During the year, the company received a $500 million debt facility by Westpac Banking Corporation (ASX: WBC).

The company had a high dividend payout ratio, with over 80 per cent of NPAT, as dividend. The company announced that it would not renew the supply contract with the Chemist Warehouse Group. The company had also declined the merger proposal put forward by Australian Pharmaceutical Industries.

The company was expecting a FY20 underlying EBITDA of $55-$60m and the Debt was expected to be below $100m by the year end.

Company Profile: A service company for medical, para-medical and related services, and day surgery operator, HLS was listed on ASX in 1998 and has its registered office in St. Leonards.

Half-Year Results: In February 2019, the company announced its Half-Year 2019 Result, and reported the NPAT of $20.7 million for the six months period ended 31 December 2018. The company’s Underlying EBIT was $73.1 million. The Board declared an interim fully franked dividend of 3.8 cents per share, representing a pay-out ratio of 60 per cent of the underlying NPAT.

The key achievements of the year included 48 per cent increase in GPs recruits and Property expansion in Maroubra with 15 centres to be completed during the 2H 2019 period. The Imaging EBIT was up by ~13 per cent on pcp.