The potential Santa Clause Rally is approaching and with Black Friday and Cyber Monday passed now we shall look at the prospects that would be offered by the upcoming festive season and holiday season.

We have picked up some premium retailers and high growth businesses from the Australian and New Zealand markets. These business sell dresses, milk, jewellery, infant nutrition catalysts, piercings etc.

Nonetheless, the General Election in the UK and the prevalent US-China trade deal woes might impact the investor sentiment in the coming weeks. And, the incoming economic data is likely to hold the key as well.

A look at Premium Retailers- City Chic, Lovisa, and Mosaic

City Chic Collective is an omni-channel retailer specialising in plus size women’s apparel, accessories and footwear. Its customer-led offering, which appeals to fashion-forward women, has a strong following in Australia and New Zealand with a rapidly-growing international presence.

In the year ended 30 June 2019 (FY 2019), the company completed the sale of its five brands to Noni B, transforming the company to a plus-size focused retailer in the women apparel space.

In its 2019 Annual General Meeting, the company noted that the plus-size market has a worldwide size of $50 billion with Australians market size of $1 billion and the USA with $30 billion.

In FY 2019, the company generated revenue of $148.43 million which looks relatively small considering the industry size globally. Hence, the Australian plus-size retailer has the market to increase its footprint that would be dependent on the flawless, efficient execution of market strategy, optimal revenue expenditure and capital expenditure.

While shedding light on outlook, the retailer mentioned about the high-level of online sales and noted that the earnings in the first-half would be better sequentially.

Formerly Noni B Limited, Mosaic Brands have many brands under its portfolio leveraging them to solid revenues and growth. In November this year, the company successfully changed its name to Mosaic Brands Limited.

In October 2019 the company held its 2019 Annual General Meeting, and announced the execution of an agreement to acquire a 50.1 per cent equity interest in EziBuy Limited from Alceon Group for a nominal consideration. 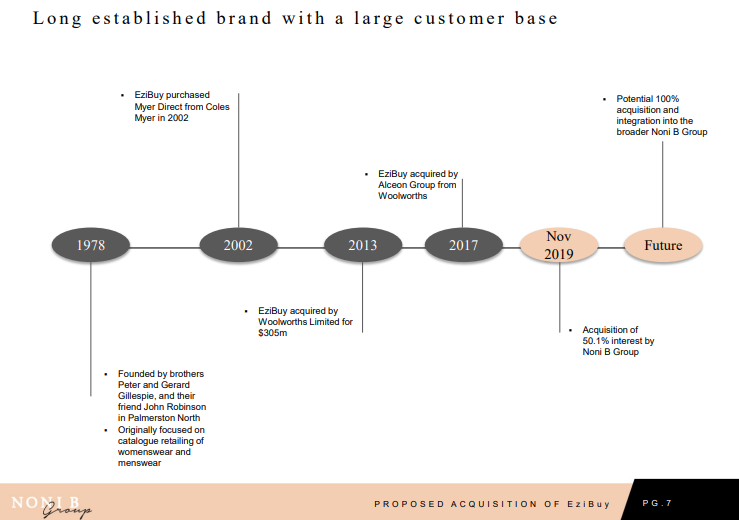 In addition, the company would have the economic interest from 28 October 2019 with a call option to acquire remaining 49.9 per cent equity interest on or before 31 December 2020 for a consideration of $11 million in cash. The company is conducting an Extra Ordinary General Meeting on 23 December 2019 to seek approval from the shareholders for the proposed transaction.

On current trading, the company told that the EBITDA for the initial four months of FY 2020 increased $9 million over the previous corresponding period. Meanwhile, comparable sales growth was down 4 per cent by the end of October.

Further, it was stated that the company remains comfortable with the market expectation of $75 million in EBITDA for the year end 30 June 2020, which would be dependent on Christmas and Mother’s Day sales period.

Lovisa was born from a desire to fill the void for fashion forward and directional jewellery that is brilliantly affordable, and the retailer operates globally through its franchise, owned stores, and online.

In its 2019 AGM, the retailer noted that its presence in five continents and fifteen countries shows the rapidly increasing presence of brand globally. It was highlighted that the opportunities available presently are more pleasing than at any point of time in Lovisa’s history.

In FY 2019, the retailer opened 61 new stores internationally consistent with a strategy to open-up stores at places with high pedestrian traffic. It also transitioned its third-party warehouse in Hong Kong to Qingdao, China.

And, Lovisa made its way into piercing space, depicting its vision to continually challenging the status quo, as noted by its Chairman – Mr Brett Blundy.

With such expansion as a retailer, investors should note that it increases the costs, including general and administration expenses, depreciation, employees benefits and salaries, capex on properties etc.

In current trading, Lovisa mentioned that the performance in the seventeen weeks to late October had been promising with comparable sales up 2.3 per cent, and average USD hedge rate is expected to fall below USD 0.70 that drove the gross margin expansion in FY 2019. As of late October, the jeweller had 421 stores.

With 20 years of rich history, The a2 Milk Company is accessing new markets, expanding its market share, partnering with businesses efficiently, and escalating its brand presence like never before.

The milk company strives for maximising growth, expanding its product portfolio, and optimally access customer groups. Also, its focus remains on capacity building for China and ANZ to support its ambitious goals, accelerating growth in the US, and sustainable brand leadership across markets.

In FY 2020, the company expects improvement in full-year gross margin percentage against the previous estimates. With half-year revenue expectation of NZD 780-800 million, it translates to 60-61% of total sales in FY 2019 at NZD 1.3 billion.

Lately, Wattle Health Australia has undertaken a lot of activity from its partnership with the Chinese company to deciding on equity funding over debt funding (or possible dividends over interest payments). In addition, the acquisition of Blend & Pack and development of Corio Bay Dairy Group facility are likely to materialise in the near-term.

And, the proposed acquisition of Bellamy’s Australia Limited (ASX: BAL) provides an opportunity to capitalise on the potential to emerge as an organic brand in the nutritional space among the Australian listed universe.

Presently, the group is conducting a right issue that allows the shareholders as on 20 November 2019 to receive 4 shares for every 5 shares held, at a price of $0.40 per new share. And, the last day to extend the offer is 5 December 2019. 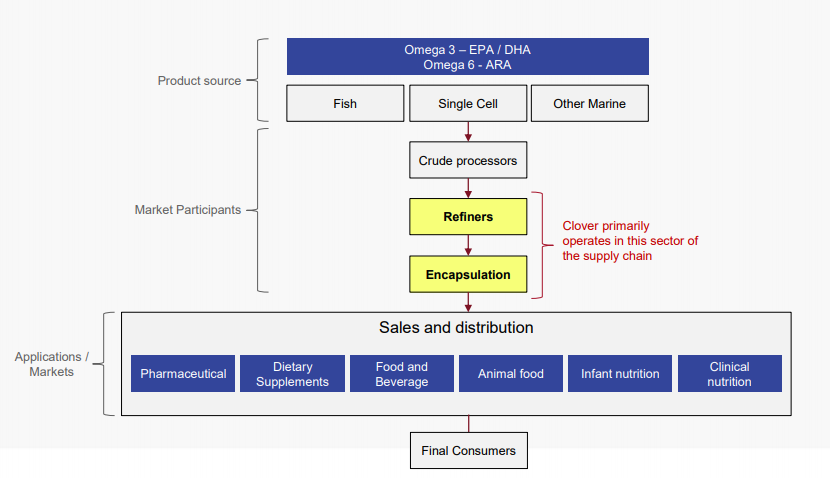 In its AGM Presentation, the company mentions that its new products have won new business in food fortification across different segments, and the highly concentrated DHA powder delivering a 60% oil loading is used across health bars, powders and gummies.

Also, the company has released 4 new products for the year delivering solutions to customer requirements. And, among its growth drivers;

Some other notable mentions: