Perimeter security is designed to safeguard employees, visitors, and building functions and services from the threat that arise because of unauthorised vehicles approaching near penetrating high-risk buildings.

With an increase in the level of threat amongst the common people regarding illegal activities like theft, planned crimes, human trafficking, and many more has increased the adoption rate of the perimeter security system.

With the developments in technology, we see a growth in smart cities and infrastructure. Simultaneously, it has given rise to the risk from various angles and has increased the implementation of the security systems. The integration of these security systems with the internet and mobile technology has made surveillance easy and seamless.

Experts believe that the perimeter security market would cross US$280 billion by 2026 growing at a double-digit CAGR from 2020 to 2026.

In this backdrop, let us discuss one such Company listed on ASX, Strategic Elements Limited which has taken a step to tap the perimeter security market and see the related deals signed by the Company. But before that let us know about Strategic Elements.

Strategic Elements operates as a registered Pooled Development Fund on ASX with a mandate to support Australian innovation. The Company functions as a ‘venture builder’ where it generates high risk- high reward ventures and projects combining teams of leading scientist or innovators in the technology and the resources sector.

Partnership with Honeywell and WA Department of Justice to build ASV

On 19 June 2020, Strategic Elements released a presentation highlighting a partnership with a US-based firm Honeywell to develop a fully autonomous security vehicle for the Eastern Goldfields Regional Prison. The presentation was made by reps from Stealth Technologies (owned 100% by SOL), the WA Department of Justice along with Honeywell Building Technologies, which is a component of US Fortune 100 company Honeywell.

All the three parties would together do research and would develop a fully autonomous security vehicle (ASV) that would scrutinise, test, and confirm the reliability of the secure perimeter. The parties would also focus on how this innovative new technology will allow these assessments without human intervention and at the same time incorporating effortlessly into the existing technology stack at the Eastern Goldfields Regional Prison. 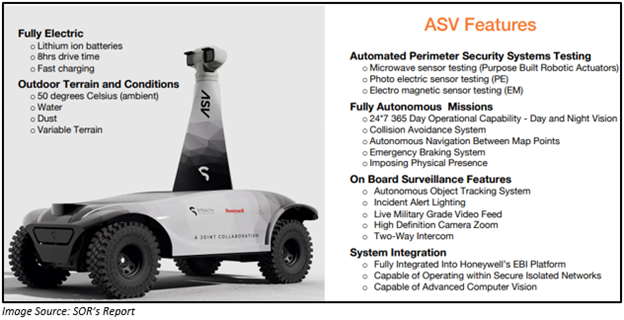 The possible outcome with the development of fully autonomous security vehicle are:

The development of ASV is conducted to allow real-time incorporation with Honeywell Enterprise Buildings Integrator (EBI). This EBI would assist in connecting, monitoring, and managing core building functions.

Other than this, ASV is under partnership for the correctional sector with Honeywell under which Stealth has the option to market independently to sectors like transport, energy, defence, government, and utilities.

Presently, Stealth Technologies has collaborations with Honeywell for the development of an Autonomous Robotic Security Vehicle for the correctional justice sector along with the University of Western Australia for Electric Vehicles.

On 24 June 2020, SOR announced that the Company is organising a program to combine airborne drones with its ground-based autonomous & robotic vehicle platform. In sectors like security, defence and resources, drones can enhance ground-based sensors to offer added range & coverage via multi-angle video using cameras and a combination of additional sensor data. SOR expects the prototype to complete by early parts of the fourth quarter of 2020.

The ‘Drone Capability’ development is the result of the ON Prime: Defence Program provided by CSIRO in alliance with Defence Science and Technology which was executed by Stealth in November 2019.

In the Defense Program, Stealth recommended providing a fully autonomous ruggedised unmanned ground vehicle to incorporate drone launching & landing skills. The intention behind this was to have a flexible platform that could include intelligence, surveillance, and communications facilities.

Presently, a Robotic Security Vehicle is being developed for sectors like transport, energy, defence, utilities, and government which provides critical services. With the addition of the perimeter security, there would be an enhancement in the security to safeguard employees and assets from illegal intervention in sensitive regions.

Strategic Elements has generated an impressive return of 111.43% in the last three months. The recent announcements have seen the share price jump 34.55% in the previous five days. 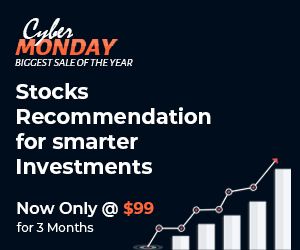