Paying a dividend is one of the strategies a company adopts to retain its shareholders. In general, a mature company offers dividends to its shareholders while a company in its growing phase will likely reinvest the amount for future growth.

From an investor’s point of view, investing in dividend-paying stocks is attractive to those investors for whom passive income is the prime focus, such as old age investors. Also, a company that pays dividend creates a positive market sentiment amongst the investors. A dividend-paying stock increases an investor’s interest in the company, thus leading to growth the demand, thereby, enhancing the value of the stock.

Let us look at some of the high yielding companies with a focus on dividend growth and upcoming business plans. Four companies under the radar are Harvey Norman Holdings Limited, Westpac Banking Corporation, Bendigo And Adelaide Bank Limited and G8 Education Limited. 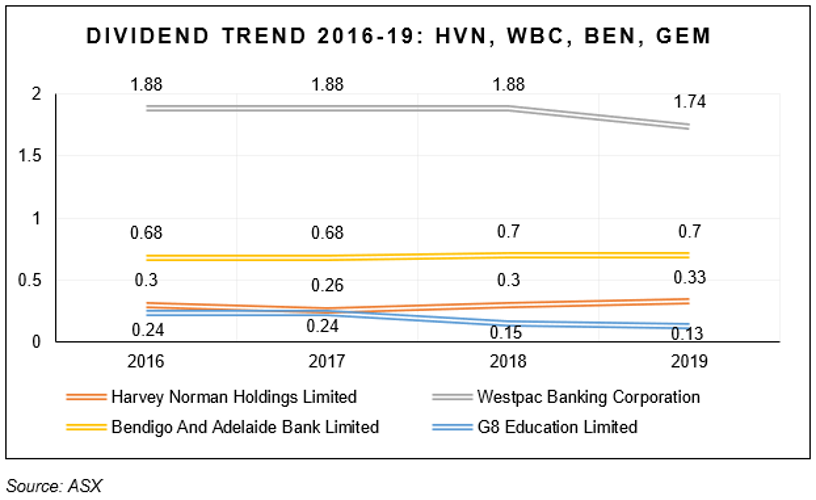 An Australia-based company, Harvey Norman Holdings Limited is into the business of selling consumer electricals and homewares.

Supporting the notable yield was the company’s FY 2019 performance in terms of sales revenue (company-operated) and bottom line, which were 12.1 percent and 7.2 percent up from the previous year figures.

As a forward-looking approach, HVN is giving importance to develop creativity in technology in this tech-savvy environment and so, has plans to invest in its technology and company’s franchisees as a strategic move. Also, by the end of FY 2020, the company has plans to invest overseas with an intention to set off nearly 18 new stores, primarily in Malaysia, as part of the company’s expansion strategy. 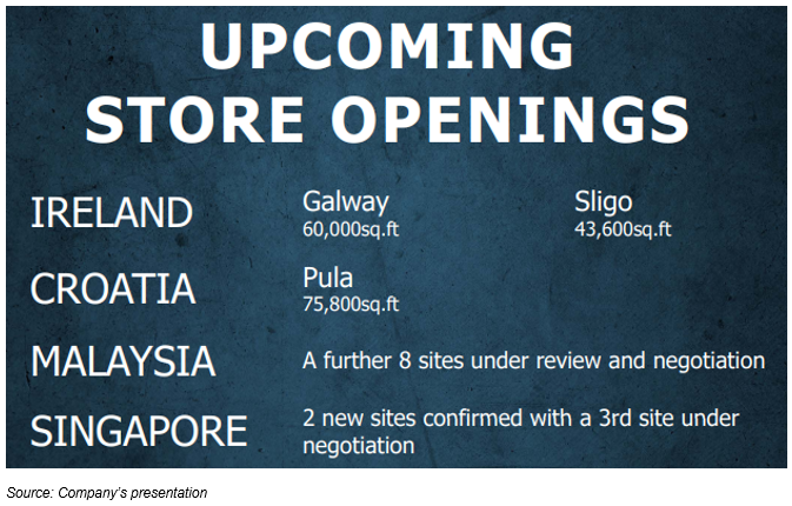 Also, the company’s operational performance for FY 2019 fully endorses the annual dividend paid. The key highlights, as mentioned by the company, are as follows:

The decline in profit figures for WBC is subject to the impact of the challenging political and economic conditions prevailing worldwide. Going further, the company expects certain positive outcomes in FY 2020, which are as follows:

The impact of financial performance was seen on the stock performance in the last six months and one year with returns of -9.70 percent and -2.37 percent, respectively, as on 23 January 2020. The stock last traded at $25.080, moving down by 0.239 percent compared to its previous closing price. 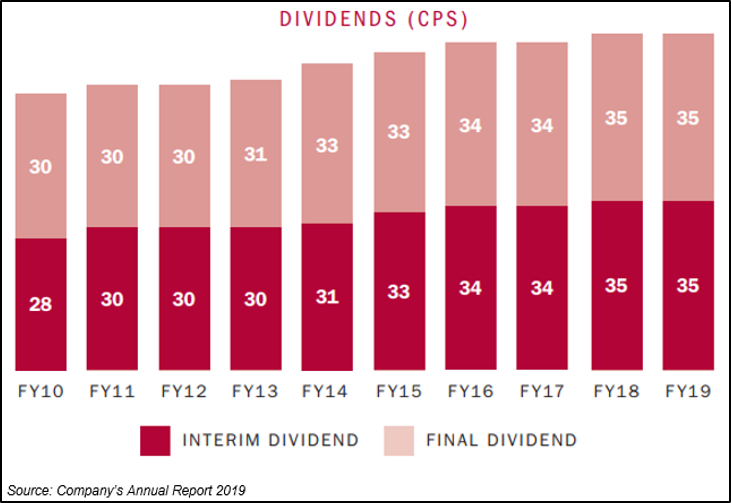 The significant dividend is very well supported by the company’s financials. In FY 2019, Common Equity Tier1 capital ratio had increased by 30 bps on a y-o-y basis to 8.92. Moreover, doubtful and bad debts were $50.3 million, a decline of 28.8 percent as compared to the previous year. Other useful ratio stats for shareholders are as follows:

An Australia-based company, G8 Education Limited, is into the business of providing and operating in childcare services, including educational centres and developmental childcare.