Stocks to watch out for: Collins Foods, BHP, Telstra, Bravura

On 28th November 2019 (AEST 12:45 PM), the benchmark index S&P/ASX200 was trading in green. With a rise of 26.2 points, the index was trading at 6,876.8. In the below article, we would be discussing four diversified ASX-listed companies. Of these companies, Collins Foods Limited updated the market with first half performance, Telstra released Investor Day Presentation, Bravura shared Chairman’s address at the AGM and BHP Group announced change in director’s interest and substantial holding.

Let us discuss these developments in detail.

Collins Foods Limited (ASX: CKF) is involved in the operation, management and administration of restaurants in Australia, Europe and Asia. 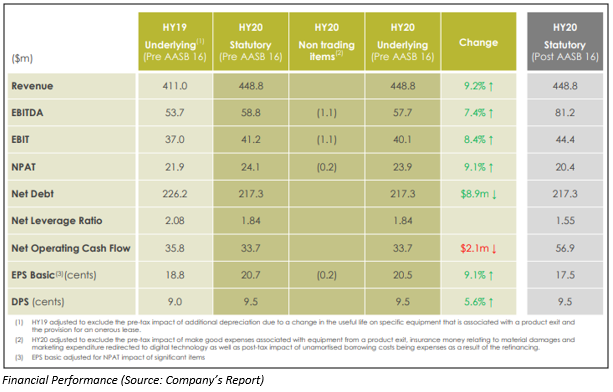 BHP Group Limited (ASX: BHP) is a producer of major commodities, such as copper, metallurgical coal and iron ore.

Also Read: How TLS is working towards the progress of T22 strategy?