The victory of the coalition government in Australia has positively impacted various sectors on the stock exchange. The below mentioned three stocks are climbing up ASX charts today. Let’s take a closer look at these stocks -

Health and medical insurance provider, nib holdings limited (ASX: NHF) has witnessed an uplift of 15.789% during the intraday trade as on 20 May 2019. After the victory of the coalition government which was having plans for the betterment of Health insurance sectors, the investors are rushing to invest in this sector, leading to the price rise in NHF’ shares.

nib holdings limited has recently completed the purchase of QBE’s travel insurance business (QBE Travel) includes the distribution and claims capability of QBE Travel for a final purchase price of $24.2 million. This acquisition is helping the company in retailing its position as Australia's third largest travel insurer.

Emeco Holdings Limited’s (ASX: EHL) shares were up by 9.14% during the intraday trade. Investors might be having positive view about this Earthmoving solutions provider’s future owing to its long-term value creation model which create a competitive advantage for the company.

The company has significantly improved EBITDA, margins and return on assets and is committed to ensuring its sustainability through the capex and commodity cycles. 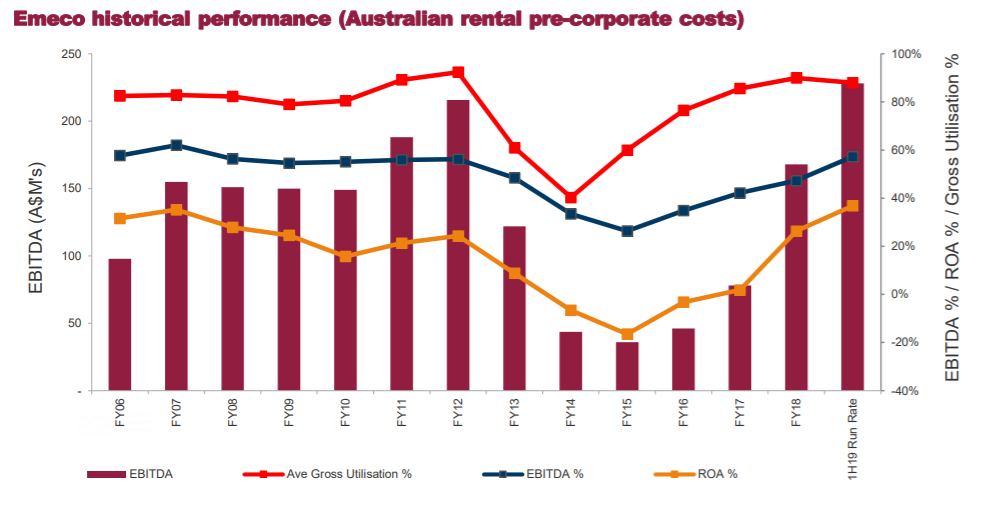 This insurance provider has made significant progress in the recent past. Recently 1st Group signed a strategic pilot with Medibank Private Limited under to deploy 1st Group’s digital online patient engagement platform, MyHealth1st. This agreement will help Medibank in maintaining its position as one of Australia’s largest private health insurers.

In the first half of FY19, the company reported solid performance with Medibank Health Operating profit of $12.6 million for the period, up 38.5% on the previous corresponding period (pcp).