The Chairman of Australian Securities and Investments Commission, Mr James Shipton, informed about its plan to extend the Banking Executive Accountability Regime to other sectors besides the financial sector in August 2018. Mr Shipton’s plan was to stalk the directors, executives and CEO’s of the companies to detect misconduct before it occurs. He stated that ASIC would form the teams of 3-20 regulators to conduct scoping exercises before they arrive.

The Banking Executive Accountability Regime (BEAR) was created to tackle the large-scale misconduct events that caused disruption in the Australian financial sector. Introduced with an aim to strengthen accountability and competition in the banking system, the regime was to be applied to ADIs (Authorised Deposit-taking Institutions), Australian branches of foreign ADIs and subsidiaries of ADIs.

Why ASIC Felt The Need to Regulate Corporate Sector?

The need for the regulatory intervention in the corporate sector arose when the banking royal commission report exposed some horrific evidence of outrageous misconduct in the Australian financial institutions. The Australian banks were found to be involved in alleged bribery, mis-selling insurance to people who can’t afford it, repeated failure to verify customers’ living expenses before lending them money and forgery of documents. Multiple examples of poor ethics, poor corporate culture and risk management were exposed by the commission that led to a large number of board and executive resignations.

Royal Commissioner Kenneth Hayne delivered a comprehensive set of recommendations in response to the misconduct identified in the financial sector. He emphasized on the six norms of conduct in the report that included:

Impact of Banking Royal Commission on Remuneration of Finance Executives

A recently released remuneration survey report by the Governance Institute of Australia indicated that the pay of the finance executives declined 11 per cent in 2018 as a result of Banking Royal Commission; however, the average remuneration of Chairmen and Directors (across all industries) improved last year. The companies that paid their leaders far more than the averages announced cut in pay of their senior executives last year.

The securities regulator, ASIC decided to insert a psychologist in the boardrooms of 21 major companies to observe the inner workings of the organisation. These 21 companies included the big four banks and AMP, where the ASIC planned to conduct more intensive scrutiny.

Some of the company’s directors opposed the ASIC’s decision of using a psychologist in boardrooms, raising concerns over possible interference in the board’s governance deliberations. However, Qantas Airways Limited CEO, Mr Alan Joyce, is happy to work with ASIC.

The psychologist has to observe the way directors interact with management, ensuring that boards hold management to account and there is smooth flow of information.

The psychologist has warned that the culture of Australia’s financial sector is broken. She has commented on the corporate culture followed in the organisations, stating that the boards’ resistance to public criticism is an indication of bad culture.

Star Vegas Resort & Club is one of its largest business located in Poipet, Cambodia. The figure below shows the performance of Star Vegas in 1H19: 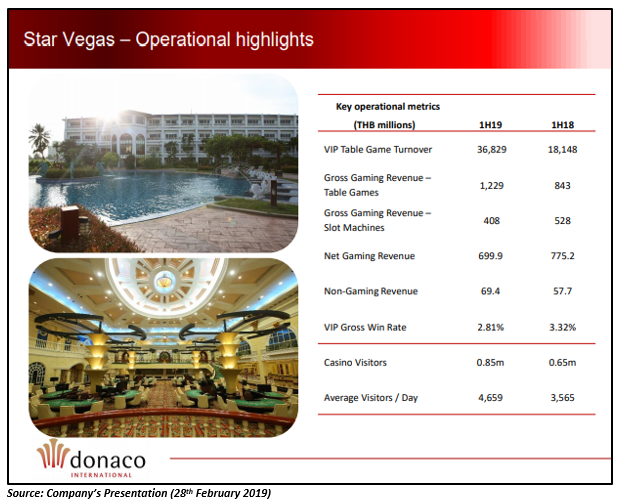 Recently, the stock of the company touched a six-month high value following the appointment of a new Chief Executive Officer. The stock has delivered an enormous return of 229.24 per cent in the last ten years.

A world-leading resources company headquartered in Australia, BHP Group Limited (ASX: BHP) is engaged in the extraction and processing of minerals, oil and gas. The company has a great set of leaders working with integrity including Mr Ken MacKenzie, Director and Chairman of BHP Group Limited; Mr Terry Bowen, Independent Director; Mr Malcolm Broomhead, Chairman of the Sustainability Committee and many more. 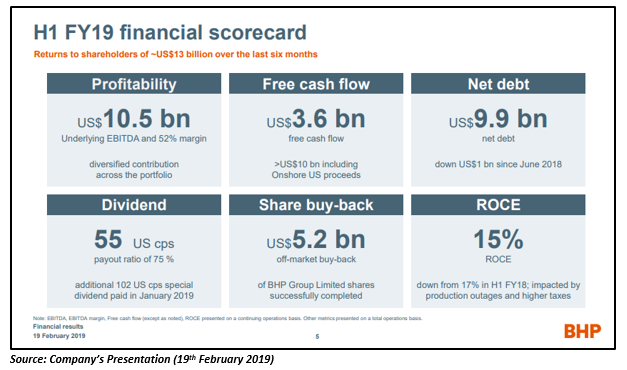 Another company that is in the list of blue-chip companies facing the regulatory experiment, Qantas Airways Limited has announced a major update today:

Australian biggest airline, Qantas Airways Limited (ASX: QAN) is set to announce some major changes to its Frequent Flyer scheme. The company has made the biggest revamp in the scheme’s 32-year history, declaring its plan to free up an extra one million Classic Reward seats for frequent flyers. The company will invest $25 million to implement the changes to its frequent flyer program.

Qantas CEO, Alan Joyce and loyalty head Olivia Wirth have announced the following changes at a press conference in Sydney:

The decrease in the requirement of economy points to come into effect today. However, the other changes will be rolled out later in the year.

In May this year, Qantas reported a rise in its third quarter of 2019 revenue by 2.3 per cent to $4.4 billion. The company informed that their revenue was affected by the timing of key holidays that shifted a significant amount of revenue to the fourth quarter.

The company’s stock closed lower on the ASX today at AUD 5.430, down by 1.63 per cent relative to the last close.