WAAAX stocks are popular among Australian investors for their capability to create remarkable returns.

The share price of all WAAAX stocks has shown tremendous growth opportunity, which increases optimism in the stocks and indicates future growth prospects. 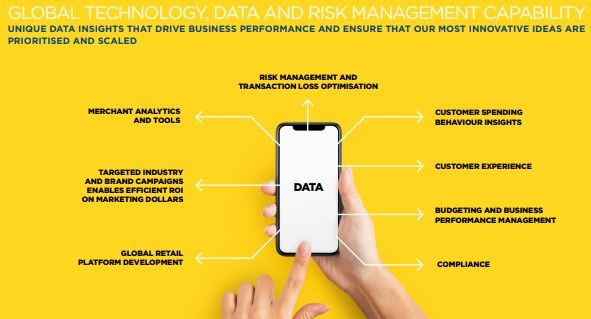 WAAAX: Digging into the Details

WiseTech Global is a provider of cloud software solutions to the logistics industry both overseas and domestically. The companyâs leading product, âCargoWise Oneâ, offers end-to-end logistics solution, and forms an important part of the supply chain worldwide.

On 10 December 2019, WiseTech stated that it had acquired Ready Korea, a South Korean customs and trade compliance solutions provider.

The acquisition of Ready Koreaâs logistics solution and Customs Service will aid WiseTech to develop and enhance its innovation and growth abilities in this key region, hence strengthening the companyâs customs footprint worldwide.

Taking a Tour to Analyse the Results

The company has recently provided the financial results for the fiscal year ended 30 June 2019, and some of the highlights are as mentioned below:

Appen Limited is a global IT company. It provides data based solution which are used for machine learning and AI (artificial intelligence). The company excels in more than 180 languages and has over 1 million experienced contractors.

On 9 December 2019, the company issued 123,903 fully paid ordinary shares under Section 708A(5)(e) to the existing institutional and sophisticated investor, pursuant to the Leapforce and Raterlabs acquisition.

The company recently updated the market with its financial performance for the half-year ended 30th June 2019:

Altium Limited (ASX: ALU) is one of the initial providers of PCB design tools and components, along with data management software. The companyâs flagship product is best recognised for brilliance in 3D Printed Circuit Board (PCB) Computer. The company has also aided many organizations in creating next-generation electronic products and systems.

Sneak-Peak in Financial Results for FY19

On 19 August 2019, the company provided the financial results for the period ended 30 June 2019, and some of the highlights are as mentioned below:

The company has recently provided the financial results for the fiscal year ended 30 June 2019, and some of the highlights are as mentioned below:

Afterpay expects growth across all geographies, solid balance sheet and strong revenue base. The total addressable market for Instore in Australia and New Zealand will be at least 5-8x times that of online retail sales in FY20. Moreover, Afterpay will continue to improve customer satisfaction, by offering more exclusive data insights by FY20.

The company offers an online business platform to small and medium businesses. Xero integrates with more than 400 add-on applications letting customers to modify Xero to their demands. The company has a total subscriber base of more than 1.8 million worldwide.

The company has recently provided the financial results for half-year ended 30th September 2019 and some of the highlights are as mentioned below: