Pharmacy businesses are increasingly becoming a focal point for investments by businesses and market players, given the huge market opportunity that lies ahead.

As per the US National Institute of Health, the development of a new medicine is a long, expensive and risky process. The timeframe required from the R&D to marketing approval of any drug can take up to 15 years, and it also requires a tremendous amount of money to invest, usually exceeding $1.2 billion.

The key objective to develop a new drug formulation is to respond to the unmet medical need. In the past few years, many innovations have been made in the field of medicine and received approval globally. However, there is still a need for developing some new therapeutic areas because of unsatisfied therapeutic needs.

In the health care sector every year, many innovations get approved for treatment/therapy of various diseases across the globe; still, there are some therapeutic areas for which unsatisfied medical need persists.

It is defined in terms of availability and effectiveness of the therapies, treatments, medicines and others. For specific diseases, treatment may not exist, or the available treatments are not effective or sometimes there is inadequate formulation.

Health care regulators are encouraging pharmaceutical industries to invest in their research and development initiatives with the higher unmet need and less crowded pipelines.

Australian Government is also supporting the pharma sector to invest in R&D for improving the treatments and to find out therapies for cancer and other rare diseases.

Mesoblast Limited (ASX:MSB) is an Australia based globally leading biotechnology company, which is developing off-the-shelf cellular medicines. The company has two commercialised products by its licensees in Europe and Japan, and it has also established a commercial partnership for some phase 3 studies in Europe and China.

Mesoblast and Lonza have recently entered into an agreement, which is for the commercial production of its allogeneic cell therapy drug candidate in the US, as per a company release on 17 October 2019. In addition to this, the company is expecting to submit the Biologics License Application (BLA) to the US FDA by the year-end of 2019.

According to an earlier ASX update, Grünenthal and Mesoblast entered into a partnership for the commercialisation and development of innovative cell therapy for the treatment of low back chronic pain. By this partnership, both companies will work together on developing MPC-6-ID, targeting towards meeting regulatory requirements in Europe.

Starpharma’s VivaGel® BV has a license in more than 160 countries, and Mundipharma is the dominant partner in many of the states. In June 2019, Mundipharma launched VivaGel® BV as BetadineTM BV in several European countries including Germany. 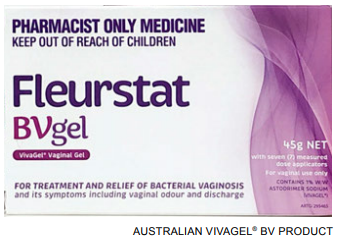 In an ASX update, the company notified about the Annual General Meeting (AGM) of the Shareholders of Starpharma to be held on Thursday, 21 November 2019 in Melbourne, Victoria.

According to another ASX announcement on 26 September 2019, the company announced that USFDA had authorised, under an investigational new drug (IND) application, the use of AstraZeneca’s DEP® Bcl2/xL conjugate AZD0466 during clinical studies. 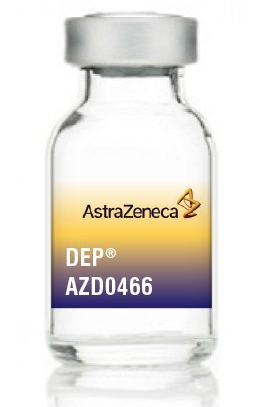 According to an ASX announcement, API will pay a half-yearly dividend to its shareholders for ordinary fully paid shares which will amount to $0.04 per share, to be paid on 12 December 2019.

The revenue received from the New Zealand manufacturing unit was $45.6 million, which was higher as compared to last year revenue. This manufacturing unit has introduced various new products, including vitamins, generic over the counter (OTC) medicines and others.

CLICK HERE FOR YOUR FREE REPORT!
Tags:
mesoblast limited ASX: MSB ASX-Listed Stocks ASX Healthcare Stocks ASX:API Australian pharmaceutical industries Pharma Stocks
All pictures are copyright to their respective owner(s).Kalkinemedia.com does not claim ownership of any of the pictures displayed on this website unless stated otherwise. Some of the images used on this website are taken from the web and are believed to be in public domain. We have used reasonable efforts to accredit the source (public domain/CC0 status) to where it was found and indicated it below the image.