Australia’s health care system has been the global benchmark for past decades due to its excellent medical research and health infrastructure. It is amongst the most comprehensive health care systems in the world offering a variety of services such as general and preventative health care to treat complex diseases and medical conditions.

Australia is widely recognised as one of the best locations for performing clinical trials all over the world. There are up to or more than 1,000 clinical trials which are being launched annually by pharmaceutical companies, biotech companies and medical device companies in the country. Health care system has the potential to generate significant profit in a short period.

Mesoblast Limited is an Australia based company, which is engaged in development of off-the-shelf cellular medicines. The company has two commercialised products by its licensees in Europe and Japan.

Few developments of the company in October 2019 are:

MPC-06-ID is a new model of the company designed to treat patients suffering from chronic low back pain. 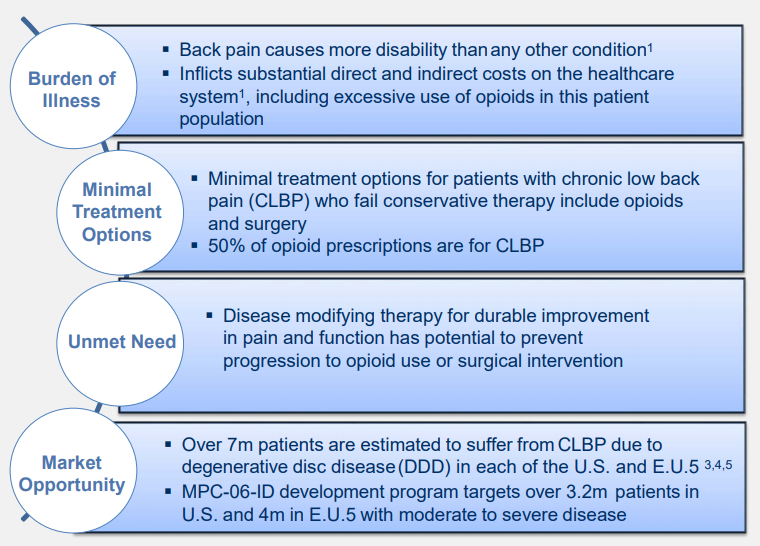 According to ASX announcement made on 27 September 2019, Mesoblast gave a notice in accordance with ASX Listing Rule 3.10A, mentioning the due date (12 October 2019) for the release of 14,464,259 ordinary shares, subject to voluntary escrow arrangements.

Grünenthal and Mesoblast signed a partnership, under which the two companies will be engaged in developing and commercialising innovative cell therapy to treat chronic low back pain. The partnership is for Europe and Latin America. Both the companies will be working together on developing MPC-06-ID, targeting towards meeting regulatory requirements in Europe.

In addition, Grünenthal and Mesoblast will team up to work on the study design for a third stage trial in Europe and the results from this trial are expected to support both the US FDA and European EMA regulatory acceptance for effect of MPC-06-ID for treatment of chronic low back pain due to degenerative disc disease.

Nuheara is a Western Australia based company, which is engaged in developing smart earbuds and personal hearing devices for enhancing the power to hear. The company is headquartered in Perth, Australia and has sales offices in the UK, US and Singapore. Its hearing product QbudsTM, a wireless earbud, helps the person to increase hearing according to the requirement. This device has a cable-free voice-enabled connection to smartphones.

In January 2016, the company launched its first hearing product. In 2017, the company modified it and launched IQbuds with the evolution of the product in the next two years by launching IQbuds BOOST and IQbuds MAX, respectively in 2018 and 2019.

How the market of IQbuds is growing? Source: Company’s Report

ResApp is an Australian headquartered company, which is engaged in developing digital healthcare solutions such as smartphone applications that are used for diagnosis and treatment of respiratory disease. Machine learning algorithms by ResApp use sound for diagnosing and measuring the acuteness of respiratory diseases; however, these applications do not need any additional hardware for the diagnosis and detection purpose.

Few of the company’s recent developments in October 2019 are:

In late September 2019, ResApp announced to have obtained positive results from an OSA (obstructive sleep apnoea) study. ResApp’s algorithms examine the sound of breathing and snoring of a person, which is recorded using a smartphone. Additionally, the company announced to have received CE mark for the world’s first smartphone based diagnostic test for respiratory disease.