The Listed Investment Companies (LICs) are a type of managed funds, which could be actively traded on stock exchanges. Investment objectives of such companies are pre-defined by the manager of the investment company. Besides, these funds provide exposure to various asset classes such as equity, debt or commodity. Usually, these are closed ended in nature and trades at a discount or premium to their Net Tangible Asset (NTA).

LICs have come into existence as closed-ended companies, and as companies, it can pay franked dividends. Closed ended means new shares cannot be issued regularly or the existing shares cannot be cancelled. Nevertheless, the fund size could be increased or decreased through issue or cancellation of shares, occasionally. Besides, the closed-ended structure enables the fund manager for a time-bound investment irrespective of impacts in liquidity through regular subscriptions or redemptions.

Independently owned, Wilson Asset Management is an investment manager based in Sydney, Australia. Founded in 1999 by Geoff Wilson, it manages six listed investment companies and more than $3 billion in shareholder capital on behalf of the investors.

Recently, the investment manager released the Investment Update of the listed investment companies for June 2019. In this article, we would discuss how these four ASX-listed LICs from Wilson Asset Management had performed during the June 2019 period:

WAM Capital Limited (ASX: WAM) is a listed investment company on ASX, under the management of Wilson Asset Management. It intends to actively manage a diversified portfolio of undervalued securities listed on ASX. The investment company’s objectives are to give capital growth, preserve capital along with providing fully franked dividends.

Reportedly, the investment in Codan Limited (ASX: CDA) returned 6.1%, which is a metal & mining technology company. Also, the company believes sales in the metal detection and radio communication device would continue to rise, and CDA had posted better than expected FY18 results. In addition, CDA had confirmed sales in the second half-year had delivered an optimistic earnings surprise. Admittedly, WAM Capital believes that the company would continue to build momentum in earnings driven by sales, new products and intellectual property. 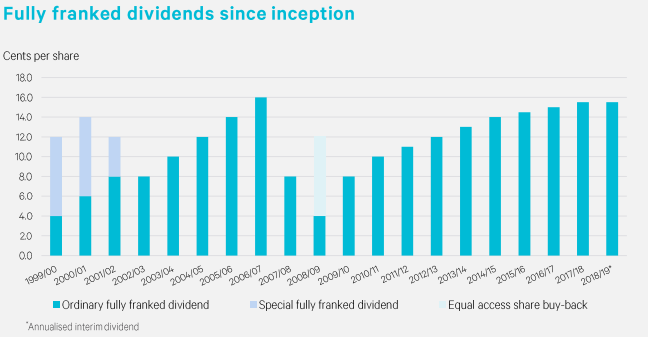 On 28 June 2019, the after-tax Net Tangible Assets (NTA) of WAM Capital Limited stood at 187.08 cents, while NTA after tax & before tax on unrealised gains stood at 184.84 cents; these include 0.85 cents per share of tax assets from the acquisition of unlisted investment companies. Further, the NTA before tax was at 184.1 cents, which is post the payment of $2.1 million (0.29 cents per share) in tax during the month.

WAM Global Limited (ASX: WGB) is a listed investment company, which manages an active diversified portfolio of undervalued growth companies from the international markets. It intends to deliver fully franked dividends and provide capital growth in the medium to long term. 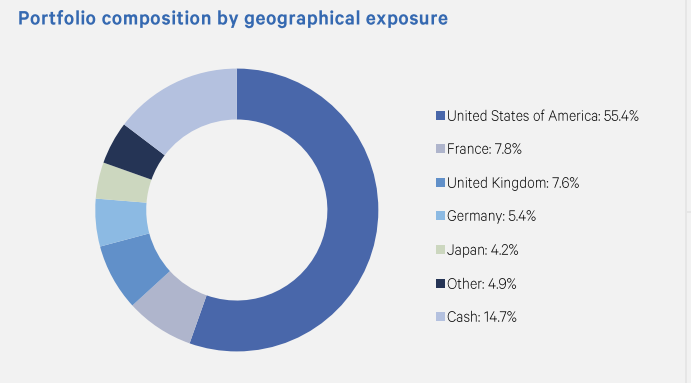 Reportedly, the performance of the portfolio was contributed by HCA Healthcare (NYSE: HCA), Thermo Fisher Scientific (NYSE: TMO) and Haemonetics (NYSE: HAE). Also, HCA Healthcare is one of the largest hospital operators in the USA, and WAM Global believes HCA Healthcare is placed to perform in the upcoming years due to significant scale, effective management, diversified portfolio and strong balance sheet. Besides, Thermo Fisher Scientific is a global medical technology company, that generates ~USD 25 billion in revenues in a USD 160 billion market, which is growing between 3% to 5% per annum. In addition, Haemonetics provides innovative haematology products, which addresses the market for blood and plasma collection; the ongoing roll-out of NexSys machine in the plasma collection space could be the key driver for business expansion.

The announcement noted that the 2019 financial year has been volatile in terms of global growth weakened by geopolitical tensions. Besides, it was also mentioned that the market is expecting a rate cut in July in the US, and the upcoming quarterly earnings season would provide insights on economic health. WAM Global is continually re-assessing the valuations of businesses it holds, and it sees some segment of the market as overvalued.

WAM Microcap Limited provides investors with an access to undervalued growth companies with a market capitalisation of less than $300 million at the time of acquisition.

As per the 12 July 2019 update, the investment portfolio of the WAM Microcap Limited increased by 1% in June, with Rhipe Limited (ASX: RHP) and People Infrastructure Limited (ASX: PPE) contributing to the performance of the portfolio.

Reportedly, RHP provides cloud-based subscription software licenses, and in June 2019, it announced the passing of 500,000 Office 365 customers and its client accounts increased by 65% in FY19. Subsequently, RHP revised the FY19 operating profit guidance to over $12.5 million from $11.5 million to $12 million, and the stock of Rhipe Limited was up 24.3% in June.

Besides, PPE is a workforce management company. In June 2019, the company acquired a few companies to tap the broader market. In addition, WMI had invested in the company through the IPO initially and participated in the capital raising at a discounted price of $2.70 per share. Lastly, PPE was up by 20.6% in the month.

According to a release on 12 July 2019, the investment portfolio of WAX decreased by 0.5% in June 2019d. Reportedly, the performance had been dragged down by Vocus Group Limited (ASX: VOC), and WAX invested in the company due to optimism surrounded by the appointment of new CEO Mr Kevin Russell. Also, VOC was down by 28.8% in June 2019.

Besides, Codan Limited (ASX: CDA), a metal & mining technology company, increased by 6.1% in June. Also, the company believes sales in the metal detection and radio communication device would continue to rise, and CDA had posted better than expected FY18 results. In addition, CDA had confirmed sales in second half year which had delivered earnings surprise. Admittedly, WAM Research believes that the company would continue to build momentum in earnings driven by sales, new products and intellectual property.