Amid all the security concerns surrounding the video conferencing app, Zoom's (Nasdaq: ZM) popularity has gone up multifold. Despite many companies banning the app for their corporate meetings, several businesses and people continue using it to connect during the COVID-19 related lockdown.

The US-based video conferencing app, Zoom Video Communications Inc, is capitalising well on the vast demand for the app amidst growing work from home by millions due to the lockdown restrictions. When the share market seems to be dominated by bearish trends, the Zoom's shares are in the watchlist of many investors.

Zoom seems to be providing the best cloud-based online chat and business conference services during the pandemic period, with the increased demand of team meetings on video apps. Individuals are also relying on the video app to connect with their friends and family. With such a significant surge in demand, the company has surpassed 300 million daily active users.

What contributed to the sudden Zoom's boom?

When the corona crisis began to engulf the world, people across the world started living in a social distanced world. Now, from nursery schooling to boardroom meetings and even cabinet meetings all depend on the video conferencing apps.

People are convening through online meetings with the help of video conferencing apps like Zoom, MS Team and skype, to name a few.

On Zoom, one can talk to around 99 people simultaneously through video conferencing. App tracking firm Apptopia cited on 23 March that Zoom was downloaded around 2.13m times worldwide. It was on the same day the lockdown was announced in the UK.

The app is being used for a range of meetings which include church services, virtual classrooms and even for blind dates.

How affordable are Zoom's plans?

Zoom provides a free version for call duration less than 40 minutes, but the revenue comes from the plans it offers to corporates. Paid subscription plans of Zoom are available at USD 15 or USD 20 per employee and require minimum 10 or 50 seats.

Notably, the company has already stated that its privacy policy allows users data to be shared for advertising.

Before the pandemic began, Zoom’s stock was trading under USD 70. Increasing to USD 158.80 as on Friday, the market value has reached USD 42 billion.

To add to the market drama, some investors in excitement accidentally invested in another company named Zoom Technologies, a defunct Chinese wireless communication company. Investors got confused due to Zoom Technologies' ticker ZOOM. However, for the Zoom video conferencing app, the ticker is ZM. Later, the US Securities and Exchange regulator suspended trading in Zoom Technologies.

At a time when most of the companies are facing financial crunch and withdrawing or revising their FY20 guidance, Zoom's founder and CEO, Eric Yuan has turned into one of the world's wealthiest people. He owns 20 per cent of Zoom's shares, and his net worth has increased by a whopping USD 4bn after the crisis begins, and now the net worth stands at ~USD 7.9 bn.

On the Bloomberg Billionaires Index, Eric is the 182nd richest person in the world. He is now ahead of Virgin Group founder Sir Richard Branson, Star Wars creator George Lucas, and legendary investor George Soros.

Eric said that he doesn't want to get distracted by the stock prices. He added an increase in stock prices are good for investors.

He also revealed an interesting story behind the idea of this video conferencing app. The idea for video conferencing first came to him while he was still in university in China, in the 1990s. Back then, he used to travel for 10 hours to meet his girlfriend, who is now his wife. So, it is his search for possible alternative options to meet someone without travelling long led to the idea of Zoom. 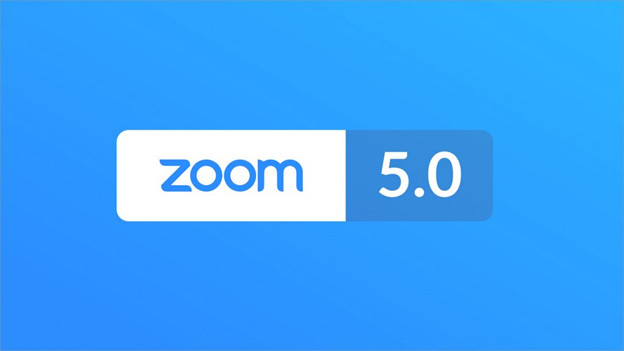 In the wake of multiple security concerns around the app, the company recently announced the release of a new Zoom version with security enhancements that include support of AES 256-Bit GCM Encryption to increase the privacy and security capabilities of the platform.

By adding AES 256-bit GCM encryption, the company claims that Zoom conferencing will be more resistant against tampering and it will provide more protection for meeting data.

Zoom 5.0, is a crucial milestone in the company's 90 days security plan to enhance the security features. Eric ensured that this latest version would be just the beginning towards providing better security futures on Zoom platform.

Oded Gal, CPO of Zoom said, “from our user experience to our features to network, everything is undergoing rigorous scrutiny. AES 256-bit GCM encryption will increase the security from backend, and on the front end, the security icon in the menu bar will provide instant security controls for the meetings.”

The company has stated that the AES 256-bit GCM encryption provides confidentiality and integrity assurances on Zoom Phone data, conference, and video webinar.

Facebook Inc (NASDAQ: FB) is all set to capitalise on the new market created due to the recent surge in demand for video chats during the COVID-19 pandemic. The company has introduced expanded live streaming features and video conferencing tool, called Messenger Rooms. It enables 50 people to participate in a call. It will display eight people on phone and 16 people on the desktop in a tiled layout similar to zoom.

On Facebook video calls, there will be no limits on the call.

Now, when Facebook has entered the video calling market and Zoom is aggressively adding new security features to its platform, one thing is sure that the sector is working towards more secure video calling space. Other than FB, competition with Google's Hangouts Meet, Microsoft (Nasdaq:MSFT) Teams software, and RingCentral (RNG) is also closely monitored.