Australia-based Tyro Payments Limited (ASX: TYR), established in 2003, is an Authorised Deposit-taking Institution (ADI) licensed to operate banking business in the country. Since the time Tyro was launched, it has evolved to become the largest EFTPOS provider of all ADIs outside the big four in Australia.

Tyro connects with its customer’s current system & Xero software but also provide them with a world of opportunity by linking clients with innovative software & apps that assist in developing a business. The smart technologies of the company are easy to use and are created in a manner which helps its customers to save time and money.

In FY2019, the company reported more than 29,000 Australian merchants who opted to become with it. It processed above $17.5 billion in transaction value during the period and generated $ 189.8 million in revenue & income from all its business segments.

As highlighted above, Tyro started its journey in the year 2003 with an ambition to become the most efficient acquirer of electronic payments in Australia. The company has a reputation of innovation, establishing purpose-built solutions & known to be first to market. The path taken by the company supported it to become the 1st technology company to obtain an Australian specialist credit card institution licence in 2005. In 2015, the company’s licence got substituted with the award of an Australian banking licence.

In 2007, another remarkable achievement of Tyro was the launch of its internet-based or ‘cloud’ integrated payments solution. 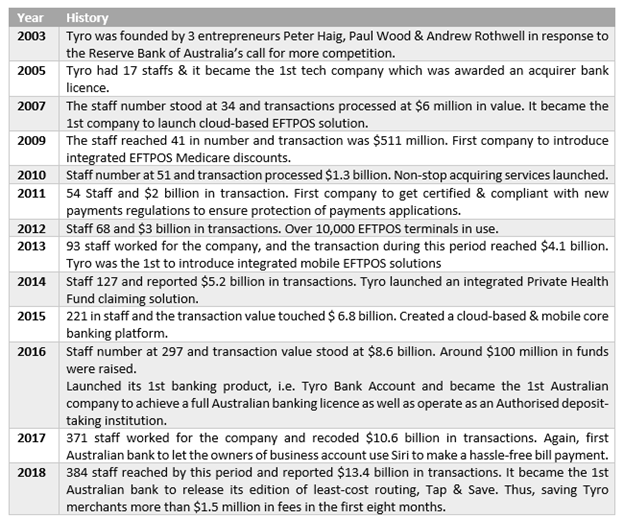 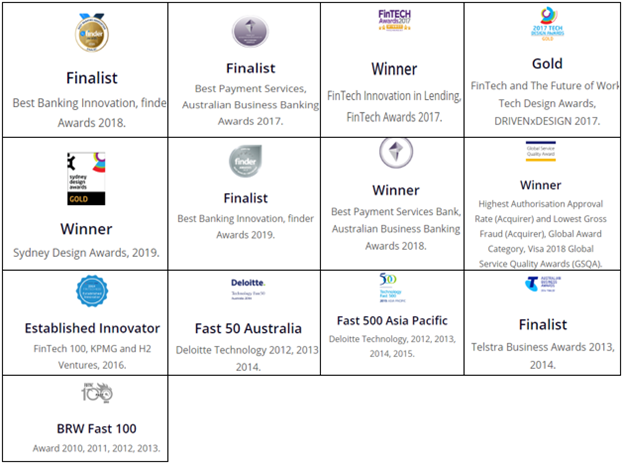 Two of the big investment banks JP Morgan and Morgan Stanley have initiated the coverage of Tyro and gave it an overweight recommendation. JP Morgan considers Tyro’s technology is best in class for the merchants in the sector. Its growth prospect depends on potential market share gains, its growth in new verticals along with the cross-selling opportunities.

As per Morgan Stanley, card payments in Australia in total transaction value each year were $650 million and have been increasing by 7% per annum. Also, Tyro’s competitive advantage has been its focus on small and medium enterprise customers, use of technology as well as its world-class customer support services, believes Morgan Stanley.