Iron ore prices are experiencing a multi-year rush as supply shortage looms the industry players. On the Chicago Mercantile Exchange, the prices of 62% Fe future July contract reached the level of US$123.19 (Dayâs high on 2nd July 2019) after the Australian Department of Industry, Innovation and Science signalled towards a potential loss in supply from Australia.

Australian exported 835 million tonnes of iron ore in 2018, which, in turn, accounted for 53 per cent of the global supply chain in 2018.

The DIIS revised the forecasted price average price of US$80 a tonne (FOB) Australia for 2019 amid the supply disruption in Brazil, which contributed just 25 per cent of the global export in 2018. The inch up in the average cost was also due to the robust demand in China, which marked 81 per cent import from Australia in 2018.

The supply disruption raised the export earnings estimation for the period of 2018-19 to $75 billion, up by 22.95 per cent from its previous corresponding period earnings of $61 billion.

However, the DIIS reduced the average price to US$57 a tonne (FOB Australia) for 2021 as the department estimated that the seaborne market could return to balance by 2021.

The supply disruption in Australia was mainly caused by the impact of Tropical Cyclone Veronica and Wallace, which hampered the environmental condition and caused disruption in the operations of significant Australian iron ore miners such as Rio Tinto (ASX: RIO) and BHP Billiton (ASX: BHP).

Both Rio and BHP reduced their production targets over the supply disruptions and recently Rio further added to the disrupt supply chain by reducing the production line of its Pilbara Fines iron ore amid compromised quality.

The DIIS estimated the total Australian supply to stand at 806 million tonnes in the period of 2018 to 2019, down by 3.48 per cent from its previous corresponding export of 835 million tonnes, which in turn, supported the prices for the short to medium terms.

However, the DIIS also estimated that the supply chain would mark an upsurge of more than 7.80 per cent in the period of 2020-21 and mentioned that the export could test 869 million tonnes level in 2020-21. 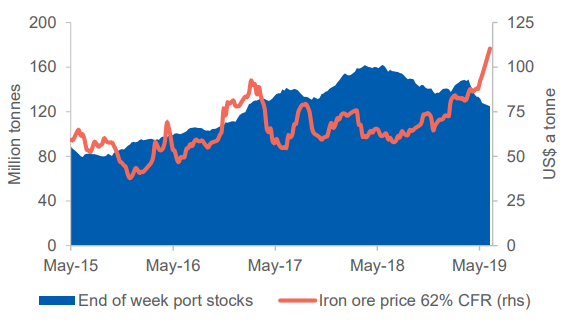 The shipment of iron ore across the 35 significant Chinese ports have marked constant reduction for approx. 11 weeks, which in turn, have supported the iron ore prices in China as well.

On the Dalian Commodity Exchange, the iron ore prices reached the level of RMB 904.50 on 2nd July over the supply disruption.

DIIS underpinned the fact that the steel production in China continues to grow, and high iron ore prices have pulled the prices of low-grade ores as well, which in turn, reduced the spread between the low and high-grade iron ores. 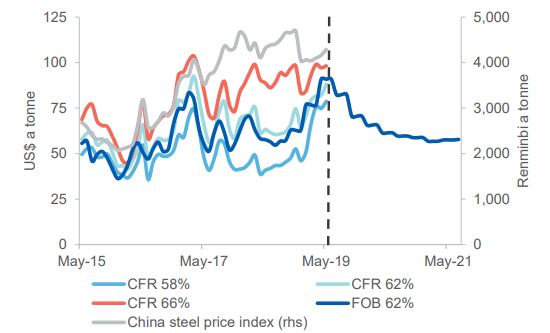 The Hot-rolled coil inventory marked an upsurge in China both social and in-plant inventories and witnessed a fifth consecutive week of an uprise. The adoption of the stricter policy by the Chinese government over the environmental concern supported the steel prices in the domestic market, and post the end of the maintenance period, the Chinese mills ramped up the production.

The social inventory of HRC stood at 2.27 million metric tonnes, up by 1.8 per cent from the previous week and a surge of 8.9 per cent from a year ago.

Despite the upsurge in the HRC stockpiles in China cross the social warehouses and in-plant, the slower growth in the rebar steel checked the overall steel inventory in China, which as per the data, stood at 12.91 million tonnes (as on 28th June 2019), down by 0.43 per cent as compared to its previously reported level.

On the sidelines of G-20 meeting, held over the weekend, the positive talks between the United States and China rose optimism among the risky assets, which in turn, marked an upsurge, and along with it, the overall material sector marked an upsurge.

The positive gesture between the president of the United States and China during the G-20 summit inched up the steel prices in the international market, which rose on the London Metal Exchange and in the domestic market of China. 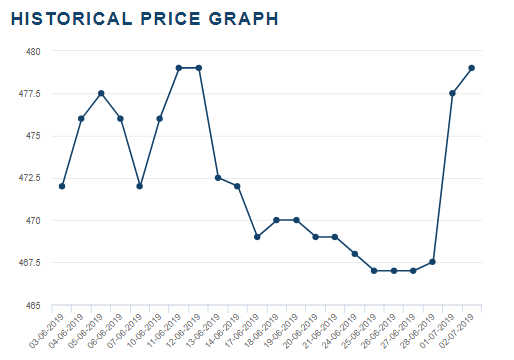 The expected price rush also changed the previous downward shape of the future curve to a short-term upside curve. 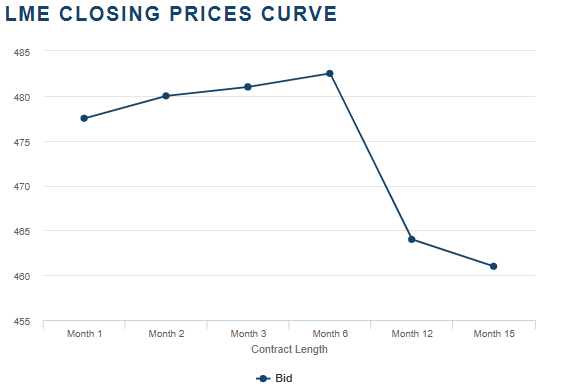 However, the prices are sloping suddenly down ahead of the six-month contract, and one possible explanation of it could be the inventory accumulation estimation by the market over the longer-term as short-term price surge coupled with a decline in inventory is prompting mills to ramp up the production.

The gloomy picture of the iron ore market over the high steel production and the shortage in the supply chain is facing one risk, in particular, i.e. the threat of the trade war.

However, China is currently reducing the trade risk by loosening the monetary policy and increasing government spending on infrastructure and construction project, which are steel-intensive projects, which in turn, could keep the high domestic steel inventory in check till the global economic conditions restore.

Despite the higher steel production, the import of iron ore in China declined by 4.9 per cent on a yearly basis in the five months to May, and the overall import stood at 425 million tonnes. The decline in the import is majorly due to the production loss in Brazil and Australia, which is supportive for iron ore prices.

However, the investors should keep a close eye on Chinaâs stance to use the scrap material to replace the iron ore in some applications, and if China banks on the recycling and use of scarp more, the impact of disruptive supply chain could get hampered, which in turn, could exert pressure on the iron ore prices. 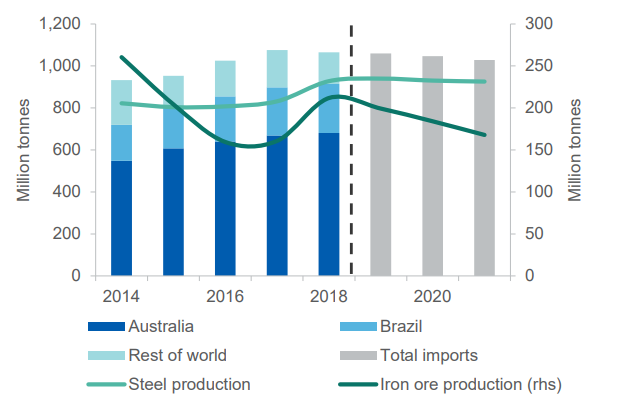 In a nutshell, the iron ore supply chain in both Brazil and Australia is currently disruptive over the Vale supply loss in Brazil and production loss in Australia from major miners such as Rio and BHP.

On the demand front, the lower steel inventory in China coupled with high steel prices could prompt the mills to inch further up the production, which in turn, could further support the iron ore prices.

However, the supply disruption is estimated to support the prices over the short to medium terms, and over the long-term, the prices could mark a pressure from progress in the supply chain, which could be witnessed, once significant miners such as Vale, Rio, BHP, FMG, restore their production.

The investors should keep a close eye over the U.S-China trade war as well, as an event related to that can cause volatility in the steel prices, which in turn, could hamper the current demand side of the iron ore market.