Moreover, the market presents investors with numerous opportunities to maximise their returns, mostly in times when the markets are heading south. In between the past one year, the index also touched its all-time high in July 2019.

Australians contributed $33.9 billion in the June quarter, depicting an increase of 3.6 per cent over the June quarter in 2018. In addition, the annual industry-wide rate of return for an account having more than four members was 7.3 per cent for the year ending June 2019.

Although, it is a well-known fact that retirement pension plans generally invest in fixed income investments or relatively safer investments with fewer risks. However, considering the present low interest rate environment, it would be difficult to fetch an annual return of 7.3 per cent through investing in fixed income assets.

According to RBA, the Australian share prices have increased by a geometric average of around 6 per cent a year over the past 100 years; including the impact of inflation, the return comes to 2 per cent. 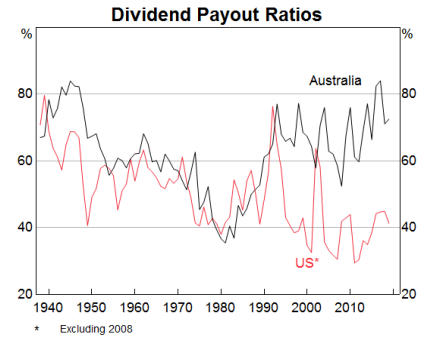 A business model is a prime catalyst in creating value to customers, partners, and the company. It is simply the answer to the basic economic question to businesses; what to produce, for whom, and how to make profits out of it.

Firms must continually innovate their business models and failing to do so could pose many risks to the business, most prominently, the increasing competition with better and innovative products and offerings. Historically, there have many examples in this regard, including Apple in mobile phones and MP3 players, wikipedia and encyclopaedias etc.

Business model innovation allows the businesses to revamp their existing business that is not able to complement effectively to the existing trading conditions. Customers remain the king, and broadly, the crux of any business model revolves around customers.

Businesses need to have an effective insight about their customers, including the behaviour of targets users, the context of the product or service. Relatively better knowledge about the customers only provide businesses with better resources to make decisions on new and innovative business models.

Let’s go through some real-world examples:

Largely, the Australian businesses are pro-active in adapting to new business models amidst wider disruptions in the market, such as Wesfarmers adapting to free-delivery formats, strategic partnerships with similar business etc.

The Reserve Bank of Australia has been slashing cash rate this year in a bid to revive the sluggish economic growth in the country. Consequently, the shift in the interest rates is possibly giving tough to time income-savvy investors.

As a result of lower interest rate, the yields on the broader bond market tend to hit the lower extremes levels as well, forcing an investor to shift assets to such classes that have at least some positive real returns.

Some Australian companies allow investors to have positive real returns in dividends, which is also an encouraging sign for income-savvy investors. Low interest environment allows companies to cut down on interest payments on floating -rate debts and provides scope for refinancing the debt to have a comparatively lower-interest outgo.