Lower interest rates have adverse outcomes due to the fact that cover providers have to invest a substantial corpus in the fixed income universe, which provides somewhat safe returns. And, as risk-free rates have come down, globally, insurance companies are likely to produce subdued investment returns. 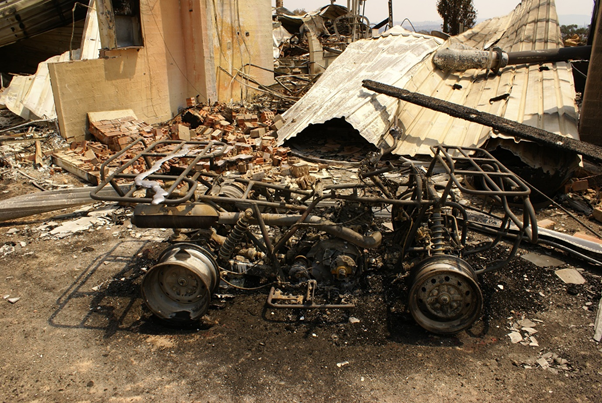 In the meantime, some tailwinds could be expected as the equity return in the markets have been favourable through to the year-end (31 December 2019). And, this supports the conviction that investment portfolio of insurers might be better off. However, this tailwind could be limited to companies that have more risky assets in the portfolio.

The extent of economic damage caused by natural calamities could have much wider implications on households, including spending decisions, additional debt, and unexpected expenses.

Consequently, the extent of natural calamities that are faced by our country might result in more vulnerabilities to consumer confidence, which has been nosediving in the previous year. And, this could further impact the Aussie GDP growth, which has been running in tantrum already.

Insurance Losses in Order of $700 Million

On 7 January 2020, the Insurance Council of Australia (ICA) met Federal Treasurer Josh Frydenberg to discuss the industry’s stance on the challenges posed by bushfires.

The meeting was highly productive, and industry participants assured the Commonwealth Treasurer that they are leveraging all resources to provide relief to the societies impacted by the catastrophic consequences of bushfires in the four states.

Meanwhile, the industry applauded the government’s intention to mobilise funds in an order of $2 billion that would provide substantial immediate relief to the communities that are impacted across the states.

ICA CEO Rob Whelan also recalled history when similar remediation was undertaken by the government that substantially improved outcomes for property owners in the aftermath of Black Saturday bushfires in 2009.

Insures also noted that they have been engaging with customers to ensure smooth delivery of claims to those customers.

More importantly, since September to 7 January 2020, the insures had seen the number of claims increase to approximately 9k in the states that include Victoria, Queensland, South Australia and New South Wales.

While additional claims would be followed, the amount of insurance losses to the date stood at around $700 million, as per the media release by ICA.

ICA is also doing its part in the smooth remediation for the communities through its helpline (1800 734 621), which had handled over 1k calls in the past fourteen-day period.

In a release on 6 January 2020, ICA noted that the insurers are working with bushfires affected homeowners to rebuild their homes amid immense financial, physical and emotional stress.

It also stated that the rebuilding work of affected homes has commenced, and insurers would prioritise the impacted households in delivering the claims. Also, given the intensities of natural calamities in recent years, the insurers have developed extensive expertise in remediation.

In a fresh relief to South Australians, the Prime Minister’s Office announced some blockbuster packages in a media release dated 8 January 2020.

It said, the Kangaroo Island and Adelaide Hills communities, which are primary producers or small business owners, could access relief package to rebuild their business acumen. Further, the development is being funded by the State and Federal government through Disaster Recovery Funding Arrangements.

According to the release, the grants would be provided in a tune of up to $10k to small businesses and $15k to primary producers and farmers in the two regions. Meanwhile, the relief forces are working to get the infrastructure back on feet.

In a media release on 6 January 2020, the office of Prime Minister of Australia in its website presented the government’s plan of the $2 billion remediation fund.

It said, the government is incorporating an agency – National Bushfire Recovery Agency, which would mobilise the efforts for the restoration of devasted assets, communities and livelihood after the bushfire season is passed.

Initial funding of $2 billion would be granted to the agency to remediate the lives of affected Australians as they recover from the tragic crisis. Presently, the government is working to save as many lives as possible through the Australian Defence Force and Emergency Services.

It was noted that collective efforts with states, territories and local governments would act as a key to deliver optimal outcomes while rebuilding and harnessing the future of communities.

It was noted that the net cost of catastrophe claims increased to $116 million or 6.5% of the net earned premium compared with $42 million or 2.2% in the prior period. The period included events like Townsville floods, storms in Queensland and New South Wales, and bushfires in Tasmania.

However, for the year ended 31 December 2018, the total net cost of catastrophe claims fell to $523 million or 4.4% of net earned premium compared with $1,208 million or 10.3% in the prior period. And, this was due to the hurricanes Florence and Michael, Californian bushfires in North America, and east coast storm activity in Australia.

Last month, the group noted that its North American crop insurance business expects the combined operating ratio to reach 107% to 109% on a net earned premiums of around $1.2 billion.

More importantly, it was reported that the pricing momentum increased during 2019, and 3Q19 depicted an increase of 7.5% in standalone premium rate, up from 4.7% in HY2019, excluding premium rate changes on CTP.

Recently, the group provided an update on catastrophic reinsurance program for the calendar year 2020. The group has revamped its reinsurance cover to the tune of up to $10 billion, which stood at $9 billion in the previous calendar year.

Also, IAG provided an update on claim costs related to net natural perils for the FY20 to date period (on 3 January 2020). IAG had received claims of more than 2,800 that were related to bushfires since September 2019, and a majority of these claims were related to residential properties.