Benchmark Mineral Suggests US$11,250 a tonne for TLG’s Talnode®-C Anode

Talga Resources Limited (ASX: TLG) is an ASX-listed graphite miner, which is engaged in the exploration and development of graphite projects though trail mining. The company is also involved in the graphite and graphene-based research & development through its pilot plant test facility in Germany. The business model of the company branches into three fields. 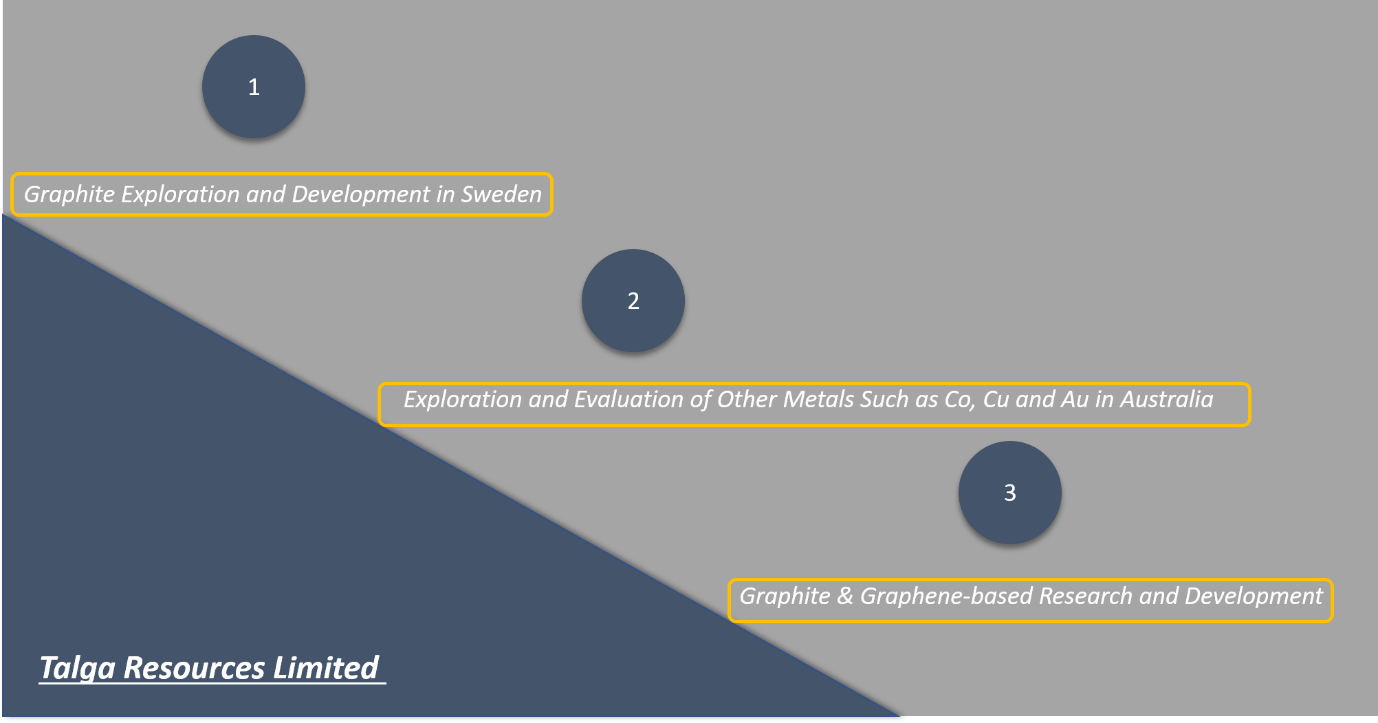 The operations portfolio of the company includes Vittangi, Raitajarvi, Pitea, Jalkunen and Pajala graphite projects. The company has exposure in iron ore as well through its Masugnsbyn and Vittangi project in Norrbotten County in northern Sweden.

TLG holds about four gold projects in the golden hub of Australia- Western Australia, and the gold project of the company includes Talga Talga, Warrawoona and Mosquito Creek in East Pilbara gold region.

The company intends to build a vertically integrated business through its wholly-owned graphite prospects, processing innovations and patented technologies.

During the June 2019 quarter, the company completed a Pre-feasibility Study (or PFS) over its Vittangi Graphite project, which is a tier-1 high-grade prospect and is wholly-owned by the company in north Sweden. As per the company, the PFS confirmed the planned two-step pathway, which includes two-stage mining along with downstream processing, is financially robust with strong economic returns.

The PFS suggested a pre-tax project Net Present Value (NPV)8 of US$1,056 million with a pre-tax Internal Rate of Return (IRR) of 55 per cent. The PFS further suggested the total revenue of US$4,148 million over the 22 years life of mine with a net profit before tax of US$3,133 million.

The PFS also suggested a staged development with initial Stage 1 capex of US$27 million and Stage 2 estimated capex of US$147 million, and a steady-state 19K tonnes per annum production of fully coated Talnode®-C via integrated concentrator and anode refinery.

Benchmark Mineral Intelligence independently assessed the price of the company’s proprietary Talnode-C price in the range of US$11,250 per tonne, with an anticipated production cost of US$1,852 per tonne.

TLG plans for the Stage 1 commencement in mid-2020, and the company mentioned that the PFS outcomes are based solely on Vittangi’ s maiden Nunasvaara South deposit Ore Reserve.

During the June 2019 quarter, the testing of Vittangi graphite ore produced high concentrate recoveries along with purities, which as per the company, remains suitable for industry-standard Li-ion battery anode material products.

Apart from Vittangi, the other graphite operations of the company including Jalkunen and Raitajarvi employed the same industry standards and produced similar results, which in turn, supports the company over the development of Li-ion battery anode material.

The PFS over the Vittangi project of the company proposed strong economic returns along with a conventional open-pit mining operation with an on-site concentrator and coastal anode refinery in order to produce the proprietary Talnode®-C.

The project economics through the PFS are depicted below:

The company conducted a diamond drilling program at the Niska graphite deposit, which is along the Nunasvaara Mineral Resource of 12.3 million tonnes with an average grade of 25.5 per cent graphite within the Vittangi project.

TLG received the assay results from the diamond drilling program completed by the company, and some of the significant findings are as follow:

One particularly intriguing observation on the daily chart is the breakout of the downward sloping trendline, with a gap up opening observed on 12 August 2019. Now, the investors should keep an eye over the downward sloping trendline as a break below and sustain, or failure to do so would decide if the share prices would again show the buyer’s interest from the retracement level of 61.8 per cent.

However, the 200 and 20 days simple moving average is showing a Death Cross (bearish signal), which in turn, suggests that the downtrend remains intact. Investors should monitor the levels mentioned above carefully as a break above or below these levels could decide the further price actions in it.

On following the last rally in the share prices of the company, which started at the beginning of the year 2019 or from the level of approx. A$0.323 and halted at the level of approx. A$0.728, we can observe that the share prices of the company have now corrected over 78.6 per cent of the last rally, which in turn, suggests that the buyer’s interest could be developed; however, for that, the breakout of the downward sloping trendline should remain intact.

On projecting the Fibonacci Series from the same rally point to the halt point of the recent rally, we can observe that the share prices of the company have now breached 23.6 per cent projected level of A$0.462. As per the Fibonacci, the support for the share prices is at A$0.366, while the immediate hurdle remains at A$0.521.