How is Nickel And Cobalt Landscape Shaping Up With The Global Emergence Of EVs?

Due to the global emergence of Electric vehicle market, the lithium-ion battery market has flourished a lot in recent times. Nickel and cobalt are two critical raw materials used in the production of lithium-ion batteries.

Electric vehicles are heavy consumers of nickel sulphate irrespective of battery chemistry. A general market perspective is that the next-generation lithium-ion batteries will be more nickel intensive. Currently, less than 50% of current global nickel production is suitable for battery applications. 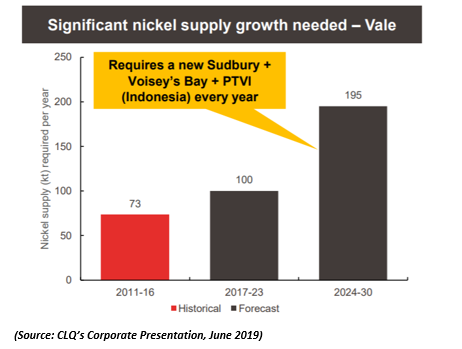 Stainless steel remains the main driver of nickel demand. It is expected that the nickel use in batteries will grow by over 9% by 2023 than exponential growth, not only in the number of EVs that are expected to be produced, but also in the nickel intensity of individual batteries. 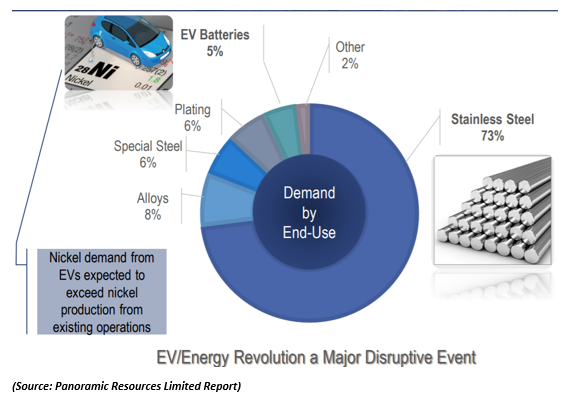 Cobalt, being a critical element in the lithium-ion battery, has also witnessed a rapid uplift in its demand in recent times. Due to the increasing use of nickel in electric vehicles, many analysts are worried that it may hamper the demand of cobalt in the EV space. In a present scenario, the companies with interest in cobalt and nickel exploration assets have a great opportunity to rise along with the Battery mineral sector.

Let us now look at few ASX-listed stocks with exploration interest in Nickel and Cobalt. 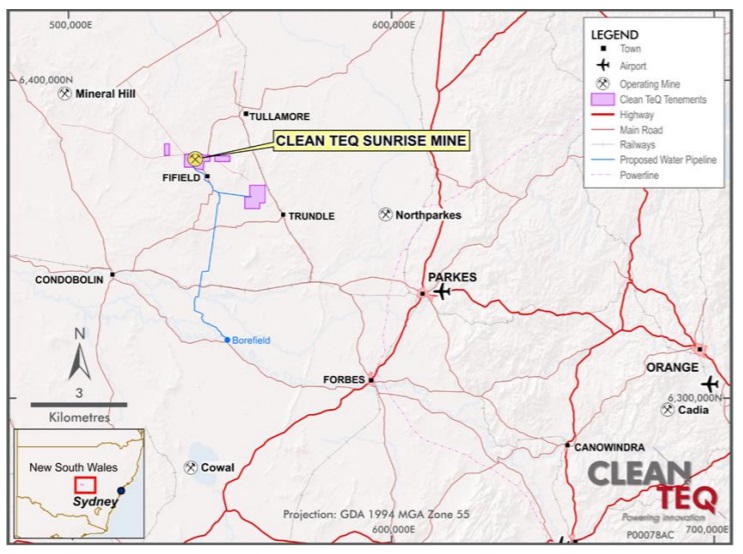 The Sunrise project has outstanding economic and technical outcomes which includes strong annual production, excellent project economics, 40+ year Mine life, exceptional cash flows and many others.

Based on a formal tender process, the company tasked Fluor Australia Pty Ltd (Fluor) as Sunrise Project Management Contractor during the third quarter of the year. Fluor will work with the Clean TeQ owner’s team through the Front End Engineering Design phase. Moreover, the company will be involved in the construction work as well as project commissioning work. Tasks to be dealt by Fluor also includes supervising the execution of associated non-MCC/EPC infrastructure and facilities.

Fluor Australia Pty Ltd headquartered in Irving, Texas, has been in Australia for decades, and currently has over 53,000 employees across the globe. Fluor is primarily involved in providing integrated engineering, procurement, maintenance and construction solutions for clients globally on six continents and after getting appointed by Clean TeQ, it intensified its efforts on mobilising their Beijing based resources into roles in the MCC/ENFI engineering office in Beijing.

In June 2019, the company appointed Macquarie Capital to run a partnering process for Sunrise Project.

In the June quarter, the company reported net cash used in operating activities of $3,210k which included an expenditure of $140k on research and development, $319k on product manufacturing and operating costs, $306k on advertising and marketing, $529k on leased assets, $2,529 on staff costs and $1,151k on administration and corporate costs.

The Thackaringa Mineral Resource update is a result of some 9,500m drilling completed during Q4 18 – Q1 19, targeting definition of a component of Measured Mineral Resource through enhancement of geological confidence and data density by infill drilling. 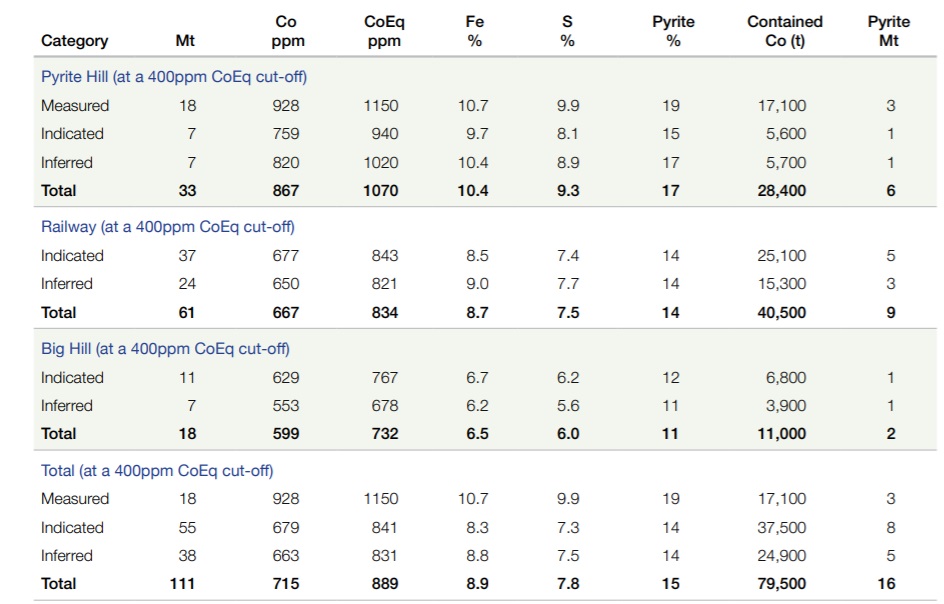 On the stock performance front, COB has delivered a negative return of 21.71% in the past six months. At market close on 2nd August 2019, COB was were trading at a price of $0.115 with a market capitalization of circa $18.74 million. COB’s stock is currently trading near at its 52 weeks low level. The Average volume of COB’s stock is 500,827. 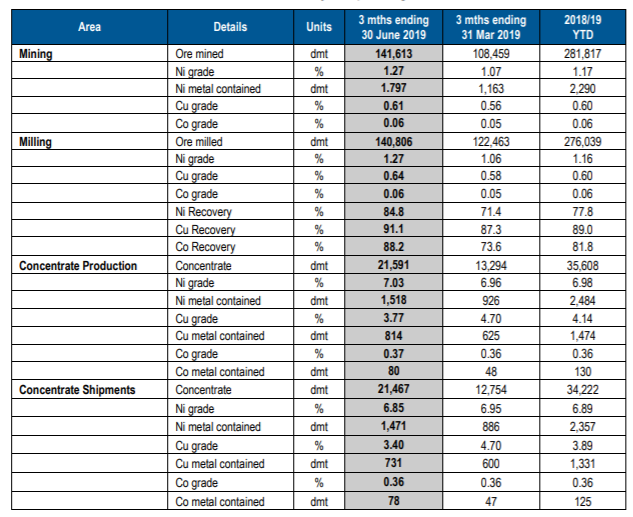 At the end of June quarter, the Savannah hedge book had a negative valuation of $0.2 million mainly due to the negative 0.9 million valuation of Copper Forwards which was offset by $0.6 million of Nickel Forwards and $0.1 million of Bought Nickel Put Options.

The boom in the Electric vehicle market has provided new wings to the nickel and cobalt players. While there are some analysts who are little skeptical about the expected demand and price of cobalt in future, the positive outlook for Nickel has been universally accepted by almost everyone in the market. In a current scenario, investors must keep a close watch on the activities of nickel and cobalt players to identify good investment opportunities.