How Have The Trends Been For 8 Small-Cap Stocks- VMS, VLW, UCM, LPI, NML, YRL, LIT, RBD

The Australian economy is the 14th largest economy in the world and is being awarded a AAA rating by all the three global rating agencies around the world. Since 1992 till 2018, Australia has seen a continuous annual economic growth. Robust policy structures, strong institutions, an attractive investment atmosphere along with the deep trade links with the Asian region are some of the major factors for a strong economy.

In this article, we would look at various ASX listed companies from different sectors and cover their recent update. 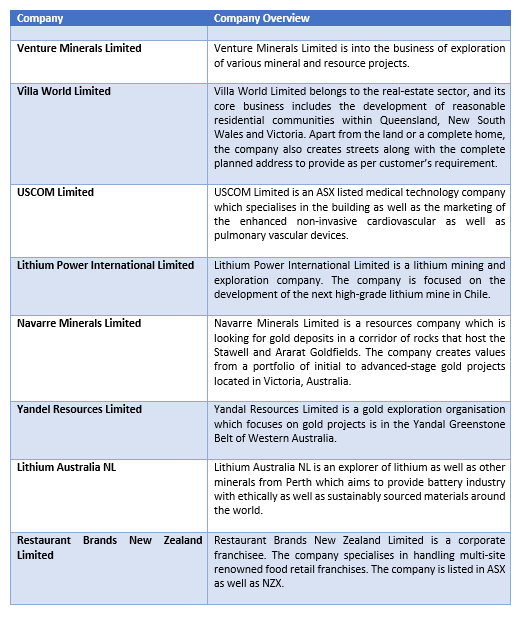 Venture Minerals Limited (ASX: VMS) on 16 October 2019 released its Brisbane Resources Roundup Presentation. Below are some of the important points discussed by the company in the presentation.

Villa World Limited (ASX: VLW) provided an update on its dividend/distribution, related to the approval of the scheme of arrangement by the Supreme Court of New South Wales with respect to the proposed acquisition of Villa World by AVID Property Group Australia Pty Limited. The scheme of arrangement is legally effective now and the shareholders would be entitled to a dividend of $2.035 with the record date of 23 October 2019 and would be payable on 30 October 2019.

Bondholders whose name are on the register on Friday 25 October 2019 at 7 pm Sydney time, would be eligible to be paid $100 face value of every VLWâs bond held by them along with any unpaid interest on that bond up to 9 January 2020.

USCOM Limited (ASX: UCM) on 16 October 2019 released its AGM presentation where it highlighted its FY2019 results for the period ended 30 June 2019. 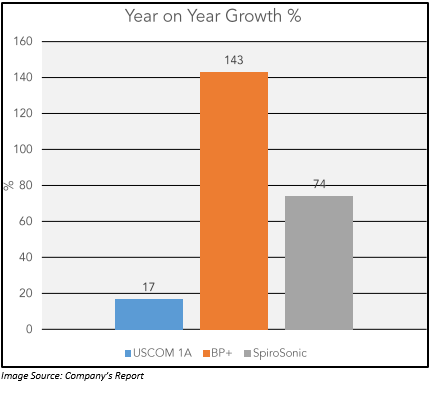 Generally Chilean regulations sets 120 days period for evaluating any project that is submitted in the country. However, it can grant the one-time extension to the Environmental Service in case there is a need to complete the evaluation process.

LPI expects a resolution from environmental services in Q1 FY2020.

Navarre Minerals Limited (ASX: NML) on 16 October 2019 announced that it had received subscriptions for the placement of 43.2 million shares to raise $4.75 million at $0.11 per share. The placement received huge support and had strong demand from the new as well as the existing shareholders.

The funds raised by the company would help in strengthening its working capital position and to take up exploration programs at several prospects in the emerging Stavely Arc mineral province. The funds would also provide flexibility in expanding the scale of the drilling activities at the Stawell Corridor Gold Project.

Yandal Resources Limited (ASX: YRL) on 16 October 2019 announced the conclusion of the preliminary metallurgical test work on oxide as well as transitional rock samples from the Flushing Meadows gold deposit which is a part of the companyâs 100% owned Ironstone Well gold project located near Wiluna in the Yandal Greenstone Belt of WA.

The companyâs exposure to the procedure of gathering as well as separating spent lithium-ion batteries got increased post this. 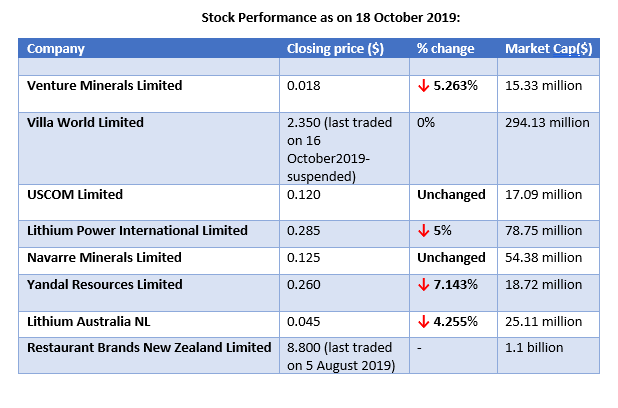 CLICK HERE FOR YOUR FREE REPORT!
Tags:
ASX: VLW small cap stocks australian economy ASX: VMS asx listed companies asx small cap stocks
All pictures are copyright to their respective owner(s).Kalkinemedia.com does not claim ownership of any of the pictures displayed on this website unless stated otherwise. Some of the images used on this website are taken from the web and are believed to be in public domain. We have used reasonable efforts to accredit the source (public domain/CC0 status) to where it was found and indicated it below the image.