The Australian mining industry is one of the most established sectors of the economy with over 600 companies, including many of the worldâs largest diversified resource companies, engaged in mineral exploration, development and production within Australia as well as at various location overseas.

Let us look at the latest developments with the following two Australian exploration companies.

# Minerals (ASX: SVY) is a metals and mining sector company engaged in the acquisition of early to advanced stage exploration projects that are prospective for gold, copper, zinc, silver and other mineral deposits.

Regardless, SVY has delivered a positive return of 6.98% on YTD basis.

Receipt of Writ of Summons - Recently on 27 June 2019, # Minerals announced that it had been served with a writ of summons in relation to its termination of the acquisition agreement with BCD Resources NL (among other parties) to purchase all assets associated with the Beaconsfield gold processing plant.

# Minerals has strongly termed these claims as meritless and the company would defend the proceedings. Separately, # Minerals has also sought a return of the $ 250,000 deposit which it paid to BCD Resources NL under the Acquisition Agreement, which it believes it is entitled to.

# Project Update â On 18 June 2019, # Minerals informed the market that the assays from recently completed deep diamond drill-holes at the Thursdayâs Gossan prospect, part of its 100%-owned # Copper-Gold Project (see figure 1) in western Victoria, have provided the Company with a strong vector to the target porphyry at depth. 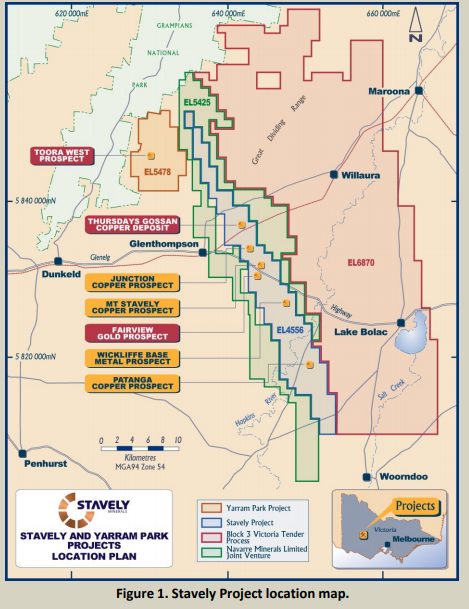 The diamond drill-hole SMD045 had returned high-grade copper-gold mineralisation on the north-south structure (NSS), with intercepts including â

SMD045W1, which was drilled to intercept the NSS ~ 170 m above the intercept reported above, returned the following intercepts â

In addition, SMD045W2 intersected copper sulphide mineralisation in the NSS from ~1,103m to 1,150m down-hole.

Share Purchase Plan (SPP) - # Minerals announced on 9 May 2019 that its SPP, announced to the market on 16 April 2019, had closed oversubscribed. Under the SPP, # offered eligible shareholders the opportunity to subscribe for new shares up to a maximum value of $ 15,000 per eligible shareholder. The application received amounted to $ 1,108,500, exceeding the target cap of $ 1 million for the SPP and the oversubscription were accepted.

The SPP followed the successful completion of #âs placement to sophisticated and institutional investors which raised $ 3.2 million, and the $ 2 million placement to Titeline as advance payment of drilling services to be completed in the next 12 months.

The proceeds from SPP along with the Share Placement funds were indicated to be directed towards progressing drilling programs across the companyâs key projects in Western Victoria, Tasmania and Queensland, to complete the acquisition of the Beaconsfield gold processing facility and for working capital needs.

PolarX Limited (ASX: PXX), established in 1945 and based in Subiaco, Australia, is engaged in the exploration and development of mineral properties (copper and gold deposits) in the United States. Currently, the company is focussed on advancing works at the Alaska Range Project which contains the Caribou Dome Property and the Stellar Property.

In addition, the PXX stock has delivered impressive return of 58.29% for the last six months and 61.17% YTD.

Today, on 4 July 2019, PolarX has announced that its non?renounceable rights issue (Entitlement Offer) is now complete. The Entitlement Offer was undertaken on the basis of one share (New Shares) for every seven existing shares held by eligible shareholders registered at 5:00pm (WST) on the record date (13 June 2019), at an issue price of $ 0.08 per New Share. The details of the new shares issued is set out in the table below. A total of $ 3.46 million was raised (before costs). 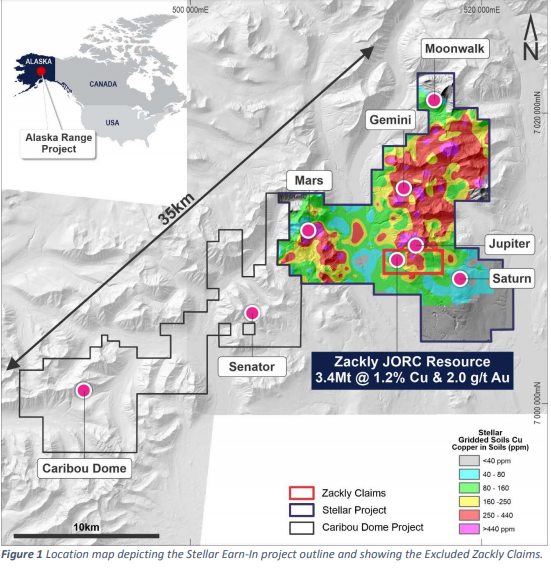 PolarX has also agreed to direct the proceeds of this share subscription towards funding an exploration program on porphyry Cu?Au targets and aims to complete the same by end of this year. Lundin Mining can exercise the option to enter into a 3?year Earn?in Period for a joint venture at any time prior to Option Exercise Date

Quarterly Activities Report â During the March 2019 quarter, a 3D inversion modelling of the aeromagnetic survey at the Saturn prospect highlighted a steeply plunging intrusive cluster measuring 2km x 1km with a 3km vertical extent, which is adjacent to the high?grade Cu?Au mineralisation at Zackly. PolarX staked 30 additional State Mining Claims (~ 19.4 km2) covering the southern extent of the down?plunge target at Saturn.

The company had planned to start an Induced Polarisation survey to define drill targets at the Saturn prospect in the June 2019 quarter with drilling to follow in Q3 2019. PolarX also expects to shortly commence further drilling at Zackly to increase the size of the current resource.