Bitcoin is a cryptocurrency which is a type of electronic cash. It is a decentralized digital currency which does not require a central bank or any single administrator and can be transferred through the bitcoin blockchain network where there is no need of any mediation. Bitcoin, being a cryptocurrency, is difficult to imitate because of high levels of security.

Bitcoin is a digital currency that works on peer-to-peer technology. It is used for making faster payments.

Bitcoin came into existence in the year 2009 and was developed by a programmer, Satoshi Nakamoto; and slowly it became popular amongst the masses. Earlier, this technology had to face a lot of criticism and was considered as a scam amongst the people due to several negative factors perceived to be associated with it. However, after understanding the power of the digital currency, users started looking at it in a positive way.

Advantages and Disadvantages of Bitcoin:

Security Matters Limited (ASX: SMX) uses chemical-based barcode technology to invisibly mark solid, liquid or gas. Through its technology, the company is able to track as well as trace the supply chain. The object marked using chemical-based barcode technology can be read using its proprietary reader, which makes possible to track the product throughout the supply chain.

All the details related to the supply chain gets stored through blockchain, ensuring that the transaction is safe and also transparent.

Identitii Limited (ASX: ID8) is a financial technology company, and it uses blockchain technology to minimize the risk associated with the sharing of data and documents between corporates and banks.

The company, through its platform Overlay+, helps banks as well as the corporates to improve their existing technology infrastructure and facilitates in exchanging the data and documents securely either internally or externally. 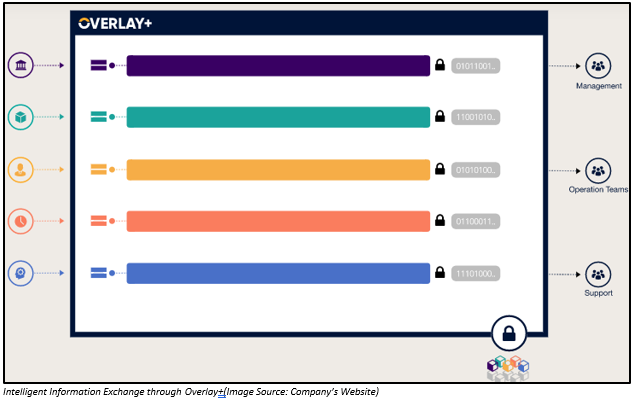 Kyckr Limited (ASX: KYK) is a company which provides international corporate intelligence from the worldâs most legitimate authoritative as well as compliant sources. Kyckr Limited is associated with more than 200 company registries of the world, across 120 nations and more than 170 million legal units.

The company, through its products and services, supports organisations with respect to regulatory, know your customer as well as compliance issues.

DigitalX Limited (ASX: DCC) is a Blockchain company, and its offices are located in Perth, Sydney as well as New York. The company is into the business of blockchain consulting and development services. It also provides asset management services which focusses on technology, which includes Blockchain along with other developing technologies. 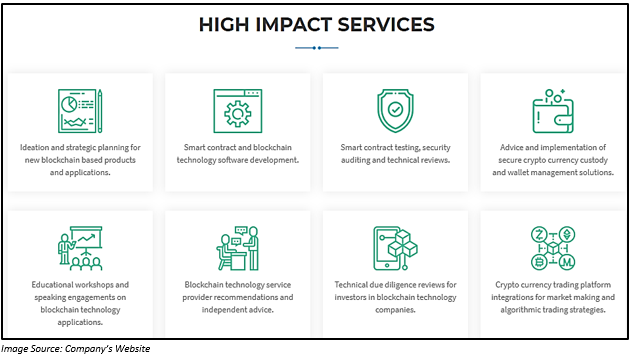 The company, through its Internet-enabled sensors, autonomously gathers data from around the world and uses blockchain technology to enhance its ability to use this data for useful purposes.

?At DigitalX Asset Management, the companyâs portfolio management as well as research team members, look at technologies that create challenges as well as opportunities across multiple industries such as agriculture, supply chain, healthcare along with living environments such as smart homes and smart cities.

Yojee Limited (ASX: YOJ) is a logistics technology company. Its logistics software uses Artificial Intelligence (AI), blockchain technology and Machine Learning for optimizing as well as handling delivery operations. It charges an affordable rate on a monthly recurring license fee model. The company also provides opportunities to others to connect to the first collaborative cross border logistics network which connects shippers, carriers as well as freight forwarders in a very short span of time.

Fatfish Blockchain Limited (ASX: FFG) was founded in the year 2011 and recognized as the incubator partner by the government of Singapore. It enters into partnership with the budding entrepreneurs and supports them in building and growing their internet ventures through co-entrepreneurship partnership. Under the partnership, FFG remains the strategic investor who supports the business in terms of funding, networks as well as corporate resources to speed up the growth of internet businesses.

Animoca Brands Corporation Ltd. (ASX: AB1) is a company which uses technologies such as gamification, blockchain, and artificial intelligence for developing as well as publishing a wide range of mobile products which comprises of games.

AB1âs portfolio comprises of blockchain investments along with partnerships which comprise of Lucid Sight, Dapper Labs, WAX, Harmony as well as Decentraland. 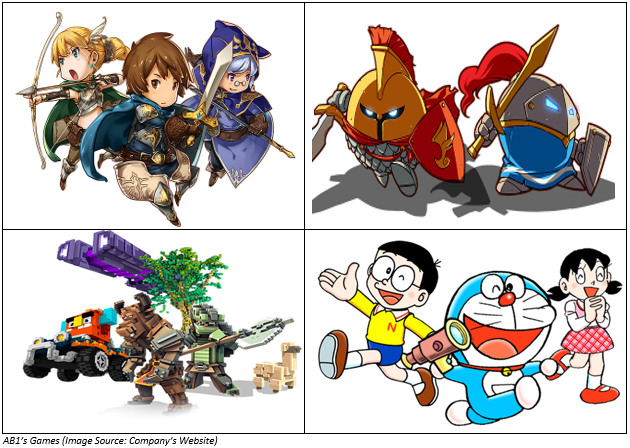 The shares of AB1 are in suspended status. They traded last on 30 August 2019 at a price of A$0.180 per share and AB1 has approximately 896.47 million outstanding shares.